A while back, ananse.com did an interview with an up and coming actor, the person we all know today as Majid Micheal. In this interesting interview, he talks about his family, becoming an actor and what he hoped to achieve back then. 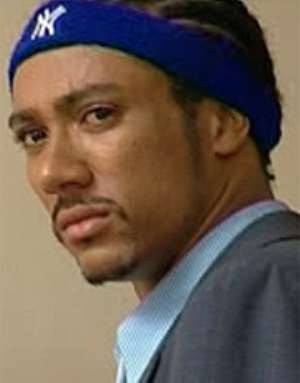 Ananse: You are known in the acting industry of Ghana as shaker. Can you tell us your real name?

Shaker: My real name is Magid Michel. People use to call me Magid Michel Erawack. The name Erawack is my dad’s name. It was actually a title he won when he was in India. It wasn’t his real name. I just decided to take the Erawack off.

Ananse: where did you actually grow up?

Shaker: I was born here in Ghana at Komodzi hospital at cantonments on 22 nd Sept. 1980. My late father was a Lebanese and my mother is a Ghanaian. Her name is Polina Olympio and she currently works at Ghana Review International. I have nine other siblings among whom I’m the last. I had my primary school education at ST. Teresa’s school and continued to mfantipim boys’ secondary school.

Ananse: When and how did you realize you had the ability to act?

Shaker: During my childhood days I always admired Arnold Swartznigger, whom we used to call commando those days. The thing I hated most was school. I was the happiest at the weekend. At that tender age all I wanted to be was an actor. In primary school I used to act on stage as almost every kid would. The first time I performed on stage, people were impressed about my performance. At secondary school I was always invited by the school drama group for performances. It was on one of those performances that I won an award as the best actor at the first Emancipation day held at cape coast. After secondary school I was invited by a next door neighbor to join a modeling agency called ‘supper model agency’. I went for auditioning and I got picked. Later the producer said he wanted us to do a program on Joy FM dubbed ‘things we do for love’. After running that for awhile the producer decided to take bring it on GTV. So that was the first time I came on TV as an actor.

Ananse: ‘Things we do for love’ really shot you into fame. How was the feeling like when you first came on TV?

Shaker: I actually got the name shaker from ‘things we do for love’. I was made to play that role because the character was a Lebanese boy and due to the fact that I’m Lebanese I landed the role. No one knew it was going to be a big hit. But as God will have it, it became the talk of the time. I think it was a success because we had a good director, Ivan Quashiga. Just like bush fire in the hammattan, my name spread all over. Everywhere I go I’m noticed. I feel good anyway because to me it is a dream come true.

Ananse: After ‘things we do for love’, you featured in another soap on TV dubbed ‘Home sweet home’. How did you get to feature in that hit of a TV series?

Shaker: The director picked me because of my splendid performance in ‘things we do for love’.

Ananse: What do you do apart from acting?

Shaker: I’m currently a student at the Academy of screen arts with lecturers from Europe. I chose this school because I wanted to update and upgrade my acting abilities. I also want to become a director and a producer. I want to make my own movies.

Ananse: ‘Devine love’ which happens to be the latest movie you acted saw you featuring as the main character. What do you have to say about this particular movie, which everybody seems to be talking about?

Shaker: I was invited to feature in that movie by jayke Aernan who happened to be the director of that movie. When ‘Devine love’ came out I was like wow! I didn’t know it was going to be this big. People call me all the time congratulating me for my performance in that movie.

Ananse: What other movies have you acted that is yet to come out?

Shaker: For now I have done only one movie that is yet to come out. The title I can’t say now. But the working title was “sorrows of Mr. Anan”. It is an adventurous movie and I believe it’s going to be another big hit when it finally comes out

Ananse: How far do you expect to see yourself go with your acting career?

Shaker: No one knows what will happen tomorrow. I just wish and pray to God that I will start making my own movies and not acting anymore. And I hope that by the grace of God all I wish and desire will come to pass.

Ananse: What do you do at your leisure times?

Shaker: I like swimming and I do martial arts; Karate to be specific.

Ananse: Where do you get inspiration from?

Shaker: I will say that in the acting realm, Al pacino an Italian actor inspires me a lot. But when it comes to life and the spiritual realm my whole source of inspiration is from the Bible. What makes me move everyday and do what I do is that breath I have in me. And the source of that breath is Jesus Christ.

Ananse: With the level of fame you now have, how are you coping with the girls?

Shaker: It’s no problem to me. I know that people think I’m a womanizer because I most at times act as one in my movies. But I do have some woman in my life.

Ananse: What is your greatest wish in life?

Shaker: I want wisdom, knowledge and understanding as King Solomon had. Just that I don’t want many wives as he had; (Laughing).

Ananse: What was the worst moment you had in your acting career?

Ananse: What do you have to say about the acting industry of Ghana ?

Shaker: Acting in Ghana is not too bad. But there’s one thing I have noticed about Ghanaian actors, and that is our inability to speak eloquently. If we try as much as possible to work on our English, I think we will go far. But I must say the future is bright.

Ananse: Finally what do you have to say to your admirers?

Shaker: I thank them for admiring me and I want to promise them that I will always make them proud.