★ Advertise and Sell your Products, Merchandise, Music, Videos & Get promoted by the ★STAR★ Call to Place your advert on this Channel★
His Wheel Chair Didn’t Stop Him! As Micheal Bolton Tweeted At Clement On Project Fame Stage ★Comedy Stars★ Stream★ Music★ Videos★ News★ Social Media★ Shop for Merchandise★ Book for Endorsements★Adverts★ 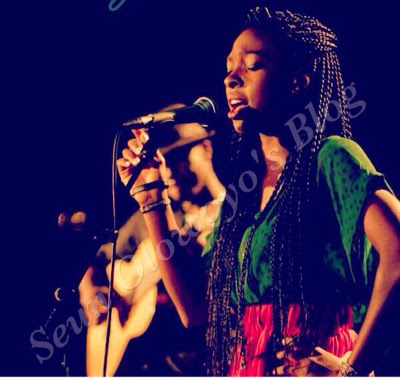 Right after the interview with one of the MTN Project fame season 7.0 contestant, Shola Ekundayo last week, I received several messages, calls and comments requesting me to talk to the amazing and sensational performer, Debbie another contestant of the season 7.0 MTN project fame competition.
Finally, I was able to get through to the free-spirited and diplomatic lady, it was an amazing experience talking to her and here is what she had to say.
This will be my very first question because it’s a must ask. Debbie, I recall you were always on probation while the competition lasted and you were still able to make it to the final 8, what’s the secret ?
lol well first of all I have to say it’s God o, my family and my fans also put in their votes and support too, but I have to congratulate my fans mehnn! …they were awesome.
Why did you go for Project Fame?
MTN project fame is a platform that offers musical talents like myself the exposure and the opportunity to showcase ourselves to the rest of the world. I applied last year almost been to the academy, I went this year again with my cousin Rukky and we made it so far to the finals. I don’t think there is any other reality show in West Africa like MTN Project Fame that offers same exposure that they offer, so it’s just like a stepping stone in my career where, you know, I’m here right now I have a recognition to an extent, something I want to work on to take my career to the next level and it’s something I also advice other talents like myself to apply for because it gives you the opportunity for people to know you and your music and all, so I’m very grateful I’ve been part of it anyway, I don’t think I would have done something otherwise. 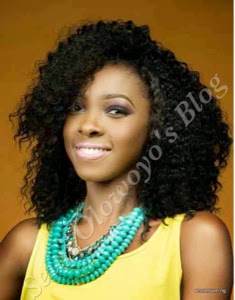 What lessons did you learn?
I learnt so many things at the academy, I learnt to be disciplined, I learnt to be hardworking, to persevere, to develop my will power and so many other things like life skills. Mummy J, she always took us through a lot of things, Uncle Ben, Ms Ige, Ms Kaffy, they all played a very important role in my life at the academy and it’s something that I’ll always live with, thank God for and grow with. And I keep learning because this life is a daily process of learning, the day you stop learning is the day you begin to die. So, these are some of the things I learnt at the academy.
What was the most challenging thing you encountered in the academy?
I had a few but they are things i was able to live with. Basically, I think me and some others were not really portrayed as the artiste that we really were at the academy. I know myself for a fact was not, Ugo was not but it’s not something we actually regret totally because at the end of the day we were able to be pushed out of our comfort zone and try other things that we were not used to. So, that for me was a challenge because I kept getting songs week in week out that were not my kind of songs and wasn’t used to, with me hearing ‘Oh Debbie you have to sing ‘full chest’ ‘full chest” and I’m a very breathy jazz singer so it was pretty hard for me then. I was really upset at first but at least we got to understand then got used to it and towards the end of the competition, I started getting songs that were more into my zones and the week I did Malaika, the following week I did my own song so it was more like Debbie! Debbie! then I did Joy, Reggae is also my thing in a way.
I had Health challenges as well but stuff I said I could live with. Because of the work out sessions and everything, it actually helped to strengthen my heart because I had a heart condition that I’m recovering from. But the work out helped to strengthen my heart muscles and overtime my heart began to function better and I started feeling much better than even when I entered the academy. So, I had challenges but they were also blessings in disguise. 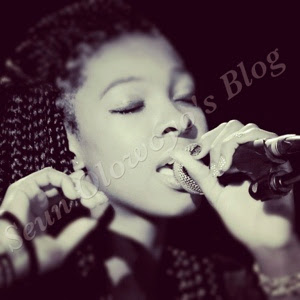 What’s your brand of music?
My genre in music is basically Alternative, Afro, soul and Jazz.
Did you release any song before the competition?
I was working on a project that was to be released some time early next year but was admitted into the project fame academy. Prior to that, I was just a live band musician but at the moment I’m recording, I’m working on a couple of stuff, I will be releasing a single this year.
Who is likely to be the first artiste you will work with?
At the moment I’m trying to create a niche for myself and my music, I don’t intend to sell out for the money. That means I would not want to perform at certain shows, I would not want to compromise my fashion sense and would not collaborate with certain artistes. It might come across as being too proud but I’ve reached the stage in my life where I’m tired of the junk that is in the music market in the name of club bangers. I’m very careful as to who I work with and make sure they are the kind of people that have similar visions as mine. I have a vision for my Music and for the Entertainment Industry with me being part of it. I’m trying to create change and I know certain people have already gone ahead of me and are creating the change some of which are Cobhams, Asa and Bez, so mine is just to keep enforcing the change that has already been started. But my musical idols are Lauryn Hill, Asa, Cobhams, Janelle Monae, Ella Fitzgerald, LianneLa Havas and a couple of others.
I intend to work with couple of artistes which Ugo is one of them, we are working on a band brand called “Allie & Simbie” and I would love to work with Phyno and Asa.
On a neutral ground, who is Debbie?
I’m Debbie Olotu-Stephen 22 years old, from Delta State. A filmmaker by profession, also a creative artist and a musician.
How was growing up like?
Well, I come from a family of 6, I am the second of 4 siblings. My parents are missionaries so I grew up on the road because we were always up and going from country to country. After we left Sierra Leone because of the war, we came back to Nigeria where we stayed a few years in Lagos and Ibadan and then moved to Ghana where we’ve been for 9years, but I relocated to Nigeria in 2012. 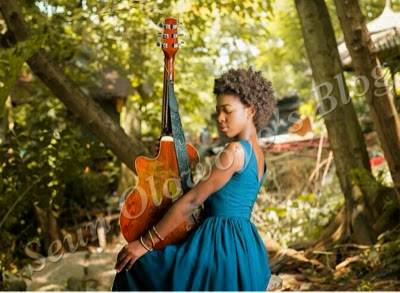 When did you go into music?
I started my musical career at the age of 17 playing gigs and doing small events, just me and my guitar before I joined a band.
Is there anyone singing in your family apart from you?
Yes I come from a musical background, my Dad initiated I and my siblings into music.
Was there anytime you felt threatened by the load of talents you were competing with?
No, not at all, I was my only competitor in the academy. Yes, there were amazing talents in there but everyone was unique and different and I never felt anyone took my space.
Was there any contestant’s eviction that really hit you?
Yes there was a couple, Oge, Taiwo and Shola
My readers actually want me to ask you this question but I’m not going to ask directly as they expect so I’ll ask in my own way. While the competition lasted, was there any contestant you had feelings for?
lol well, if you are trying to ask about  Shola, Shola and I were very close friends, nothing more nothing less. 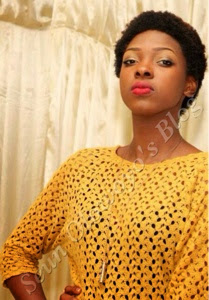 So tell us about Ugo?
Hmmm Ugo, what about him would you like to know ?
Is there any more intimacy between you two apart from being academy contestants working together?
Myself and Ugo are amazing musical duo and we intend to keep working to produce great stuff.
So I take it as, you said no intimacy except from just working together?
Yes Sir.
Where do you see Debbie in the next few years?
Well, I see myself where God sees me which is making significant changes in people’s lives through my music on a global scale
Your message to your fans?
I want to thank all my fans home and abroad for all your support during and after the Project Fame, and I am really working hard to make sure that your efforts were not in vain. Watch out for me soon, I love u all, God bless, peace out.
Posted by Seun Olowoyo at 15:25
If you like this, please share!