★ Advertise and Sell your Products, Merchandise, Music, Videos & Get promoted by the ★STAR★ Call to Place your advert on this Channel★
Why Actor Adewale Akinnuoye-Agbaje Once Joined Racist Gang In London Surprise! Chiwetel Ejiofor receives touching message from younger sister as he walks the red carpet at the Oscars

The British actor talks to The Wall Street Journal about how he starts his weekend.

Best known for his appearances in TV series “Oz” and “Lost,” Adewale Akinnuoye-Agbaje is hitting the small screen with a type of character he hasn’t played before.

His latest incarnation is Deacon Crane, a former U.S. Navy SEAL and leader of an elite team of spy operatives, in the new BBC One series “Hunted,” which was written by “X Files” writer Frank Spotnitz and airs Oct. 4 in the U.K. 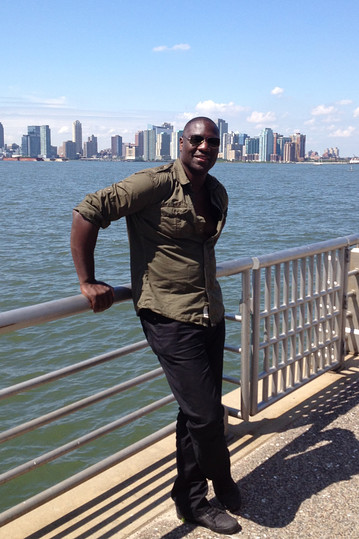 His character, Mr. Akinnuoye-Agbaje says, was a treat to play because “he’s extremely smart but he has this rugged edge if he needs it. He’s a family man as well. So he’s got several layers. People haven’t really seen me in this type of character before.”

The British actor is also playing the dual roles of Algrim the Strong and Kurse in the sequel to Marvel’s “Thor,” and will star with Sylvester Stallone in action film “Bullet to the Head” and in a drama with Jennifer Hudson in “The Inevitable Defeat of Mister and Pete.”

When he isn’t acting, the 45-year-old Londoner enjoys jamming with friends, acupuncture and chanting with fellow Buddhists. “We chant together for a couple of hours and that helps me relax and tune the senses and get ready for the week,” he says.

How do you unwind after a long week of acting?

I reside between both London and L.A. But all my weekends are in London while in the U.K. A lot of it depends on the weather. If it’s good weather, I will take my car for a spin and go out to the country. If the weather isn’t so good, normally my weekend starts in the gym and then straight to the sauna. Or I do acupuncture. It’s a great way of getting some deep relaxation very quickly. I’ve been doing acupuncture for about 10 to 15 years now. I just continue sporadically when I need it.

What’s on your agenda after
acupuncture?

I have a music studio. I love to get together with some of my friends, who are musicians, and we just play and write music.

What type of music do you play?

I play the trumpet and the keyboard so I can play any genre. But I love the Afro beat and the Afro jazz. It could be R&B, hip hop, right up to reggae. I play just about any beat that’s good.

Music is my first love. That’s where my true spirit comes out. It’s one of the things that I always wanted to do but the acting took off first and faster. Last year—along with some friends—I decided to put together some of the music I have been writing over the years. I really enjoy it. It’s a great escape from all of the stresses of life. It balances me because it is quite challenging working in Hollywood. It’s a lot of fun and I can go in there on Friday and come out on Tuesday and not even know that those days have gone by. That’s how much I enjoy it. It’s resuscitating. You get energized from music and that allows me to go back into my acting craft and put that energy in there.

I do my shopping on Saturday to get it out of the way. I love to see what knickknacks I can pick up. In the evening, I go to this great new place called the Lounge. It’s a cinema in which you can recline back in your seats, and you can order a three-course meal while watching the film. I like to go there with some friends, lay back and watch some of the old, classic movies. It’s a good way to spend a lazy Saturday.

What do you get up to on a Sunday?

I will either read or write. I am writing a book and developing screenplays at the moment. So I will use that time to write. I am also a Buddhist and Sundays we will have a Buddhist meeting and I will chant with other members.

What attracted you to Buddhism?

What would you do if you had more time?