★ Advertise and Sell your Products, Merchandise, Music, Videos & Get promoted by the ★STAR★ Call to Place your advert on this Channel★
Finally! Wizkid to Release New Album – “Ayo” DAVIDO STOPS MUSIC COLLABORATIONS TO CONCENTRATE ON NEW ALBUM

Last week saw the early release of Wizkid’s anticipated sophomore album; a 19 track release, a third of which consists of songs that have been out for at least a quarter. Most listeners would have heard those songs before, as such they interrupt the intended flow of the album. 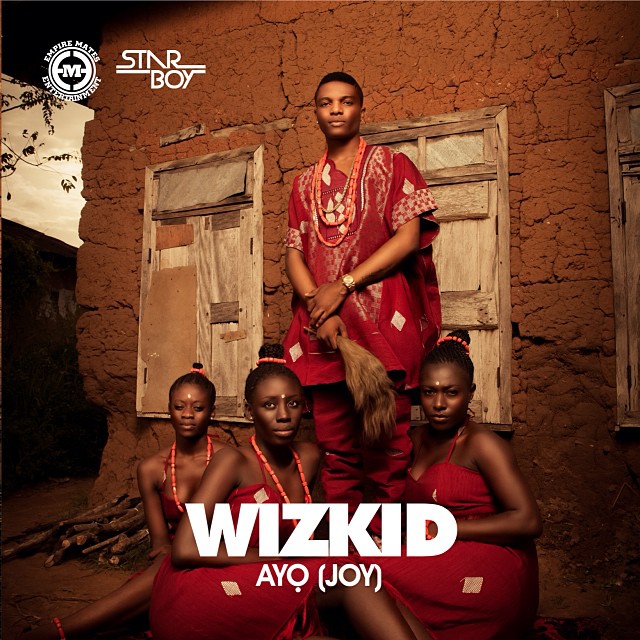 Show You The Money, (a track that sees Wizkid’s best delivery for a while), is followed by In My Bed. The second half of this song sounds exactly like the aforementioned track, down to the melody he uses. Mummy Mi is a decent track on its own, but dude drops a line to his mother on almost every other song on the album. Ojuelegba is the standout track on the album, a chilled mid-tempo production by Star Boy’s in-house duo, Legendury Beatz. This track is a delight, it samples Leon Haywood’s I want a Do Something Freaky To You, a joint first sampled on Nuthin But A G Thang by Dre, which serves to make it more appealing, I’ll be playing this song for a while. Kind of Love follows, this song is plagued by the same issue others are, lazy song writing, the melody is pleasing enough but if only more effort was put into crafting the song in its entirety.

The second third of the album has only one pre released track, On Top Your Matter, this song was sweet when it was released at the top of the year, it remains so. Seyi Shay and Akon are featured on different tracks, on both songs Wizkid was underwhelming, on In Love, he could not match the vocal playfulness of Seyi Shay nor could he rise to Akon’s easy delivery on For You; that said, For You is a song I’ll be playing again. Akon’s turn on this track is worth whatever he was paid.

Dutty Whine feat. Bank W. This song is terrible, there may be a chance that it bangs in the club because when the Remy’s in the system every song sounds great, but in the cold light of day, this song is really bad. The next track, Ki Lo Fe, I skipped too, it left so much to be desired. Omalicha, another lazy song, skip. Bombay Feat. Phyno, it’s alright as club songs go. One question feat. Yemi Sax is lovely; the kinda song that makes the sun not as hot as it feels. I also like Celebrate. After this song, Joy is the next track worth checking out; yet another ode to his mother, on its own, no problem but on an album where Mama Ayo is shouted out at least 6 times, with 2 songs dedicated to her, it’s a little much. The foreign collaborations, Akon aside, did nothing to enhance the tracks they were on. Tyga and Wale both phoned in their verses; nothing remotely memorable here.

The glaring thing here is that there is no overarching theme for the album. The choice of songs and their arrangement is not what one would expect; too many songs sound the same or like they belong on a giveaway project.

There is hardly anything of the man Wizkid on this album. The art is bland, its delivery largely  pro forma, repetitive lyrics, unimaginative riffs, etcetera.  Ojuelegba is hot because it marries a soothing mid tempo beat with a glimpse of his backstory, same goes for Ayo. If longevity is a concern of the artist’s then his pen game needs to improve markedly. It’s not enough to make club bangers where the beat makes up for his lyrics’ deficiencies. An album is supposed to be versatile art that lends itself to moods and situations; that cannot be said of this work.

Of the fresh material, only three songs are compelling enough to warrant revisiting:Ojuelegba, For You and Celebrate. The album relies too heavily on the familiarity of the old joints to prop it up, as such it falls way short.