★ Advertise and Sell your Products, Merchandise, Music, Videos & Get promoted by the ★STAR★ Call to Place your advert on this Channel★
Cristiano Ronaldo overtakes Lionel Messi and Raul as highest goalscorer in European competitions with brace against Schalke   Football – Ronaldo and co, Holders Real squeak past Schalke into last eight 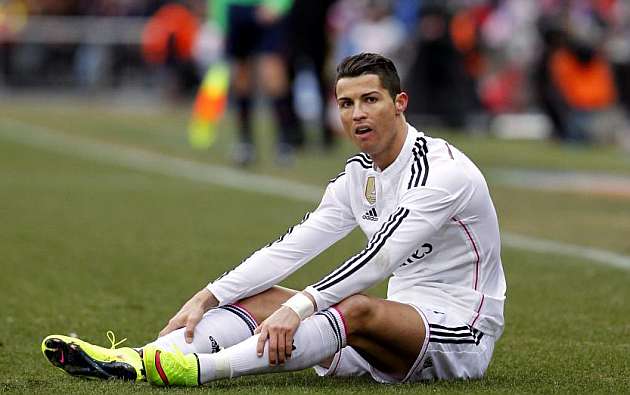 Cristiano Ronaldo still has problems with his left knee. He is struggling to regain the type of full fitness he needs to get back to his best out on the pitch.

The Portuguese is looking for a solution to his problem. He doesn’t feel comfortable, something which has been easy to see in recent games.

MARCA reported two weeks ago that the Real Madrid star was undergoing a series of tests. One of the doctors he visited was Mikel Sánchez, the man who treated Luka Modric and Rafa Nadal when they suffered almost the same knee injury as CR7: tendonitis.

Ronaldo travelled to Vitoria to hear his diagnosis and discuss possible therapies. It was not the first time that he had visited the same doctor. He also dropped into the Vithas San José clinic last season.

The type of stem cell and blood treatment suggested requires that he spend at least six weeks on the sidelines, something Ronaldo simply cannot afford to do.

The Portuguese’s knee hurts whenever he tries to sprint, which is why his famous runs have given way to him playing closer to or even inside the 18-yard box, more as an out-and-out centre-forward than a winger.

The club wants to deal with Ronaldo’s situation discreetly. Ancelotti showed as much when he was asked about Cristiano’s knee ahead of the game against Real Sociedad. The Real Madrid boss said he was in tip-top condition. That’s the party line.