★ Advertise and Sell your Products, Merchandise, Music, Videos & Get promoted by the ★STAR★ Call to Place your advert on this Channel★
Google launches Calico, a new company tasked with extending human life The World According To Slim

The conviction of a Spanish plastic surgeon has finally cleared up the mysterious death of Nigeria’s former First Lady four years ago at an exclusive Mediterranean clinic.

Stella Obasanjo, wife of then president Olesegun, died suddenly in October 2005 after a brief visit to Marbella. Initially the 59-year-old’s death was blamed on a chronic asthma attack but it is now clear that she died after a liposuction operation went catastrophically wrong.

Yesterday a court in Malaga convicted cosmetic surgeon Antonio Mena Molina of negligent homicide, sentencing him to a year in prison, fining him €120,000 (£110,000) and banning him from practising medicine for three years.

Mrs Obasanjo was the highest profile and most glamorous of the Nigerian president’s five wives. Known to many at home as “Greedy Stella”, she preferred the title “mother of the nation”.

During her treatment at the Molding, Marbella’s biggest plastic surgery clinic, the court heard that a tube used to remove fat was placed by mistake in the patient’s abdominal cavity, puncturing her colon and cutting into her liver.

Two days after the operation, nurses became concerned but were unable to find the surgeon who had switched off his phone. When they reached him, the patient was bleeding profusely but Mr Molina drove her to hospital in his car rather than calling an ambulance. She was pronounced brain dead on arrival.

Four years after the death of former Nigeria?s first Lady, Stella Obasanjo, respite seem to have come the way of her immediate family, especially her only son, all of who feared that Stella?s death was unjust.
Last week, a Spanish court jailed the surgeon who performed the fatal surgery on Stella in Oct 2005. The surgeon simply identified as Raymond Roige was convicted of manslaughter and sentenced to one year imprisonment by the South Malaga Court. The judgement also barred the surgeon from practising medicine for three years saying he was reckless in the way he handled late Stella?s surgery. 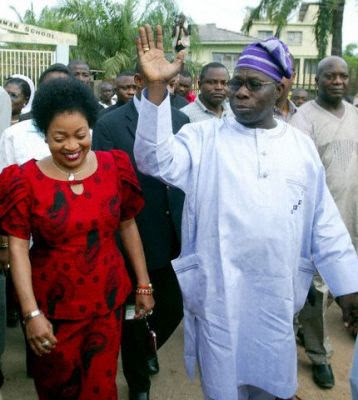 The Court said the blood loss and internal injuries she suffered at the Moulding Clinic in Marbella, Spain, could have been treated without any complications, if they had been detected on time. But Stella was reportedly abandoned for close to four hours after the surgery and made to bleed to death due to negligence of the surgeon. This happened as a result of the Cannola (A thin tube put into the body to extract fat) perforating her abdominal cavity, causing five incisions to her liver and colon. Mrs Obasanjo fell unconscious and doctors could not revive her.
Surprisingly, the doctor who performed the liposuction surgery on Stella, had done about 300 successful surgeries in the past. 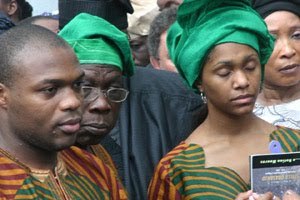 Added to the one year jail sentence and three year ban, the doctor is to pay 120, 000 pounds (about N26million) in compensation to the late Stella?s son, Muyiwa.

During the trail, the surgeon denied responsibility, saying that the intervention and post operative procedure were ?Perfectly normal?. He also said the age of the patient, who suffered from hypertension and asthma presented no objection. 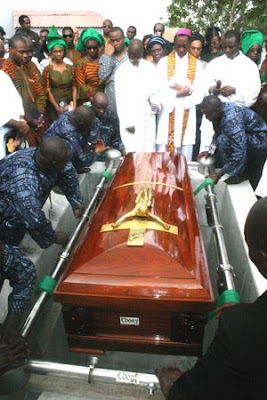