Imagine being a visiting Nigerian superstar to New York City & you innocently allowed a fan to take pictures with you, only to find out she claims to be your “girlfriend”!
In 2013, D’Prince, a Nigerian International star bought a brand New Mercedes Benz, a girl he knew nothing about came from the pit of hell to lay vicious claims she bought the car for him. Nigerian master of Junk speculative destructive journalism gave the girl their platforms to get the publicity she desperately needed to push out her wishy washy song & video. She even pushed her case so hard to tell the blogger who helped her package the fake story that she is the daughter of a Cameroonian billionaire. While she smiled daily, as the firestorm & buzz created by her lies lasted, D’Prince told whoever cared to listen he had nothing to do with her.

As D’Prince celebrated with family members in Atlanta Georgia following the birth of new baby boy by his fiancée, bloggers are pointing fingers at the same Cameroonian phantom girlfriend, as the baby’s mama.
Now, D’Prince is no more keeping mute over these continued distortions and lies. He will go one on one with Emma Agu on Wednesday, June 17 by 12 PM, EST/5PM, Nigerian Time, to clear the air once and for all. The interview will repeat on Friday @ 5 PM EST/10PM, Nigerian Time. A repeat on Saturday @ 10 AM EST/2PM, NIGERIAN TIME.

The extent folks can go in their quest for one minute of fame is what this interview is all about. Don’t be told, tune in.

Unlike so many celebs who don’t eventually tie the knots with the women that had babies for them outside marriage, Mavin Record artiste, D’Prince, has said he would eventually get married to his baby mama.

I definitely have plans to get married to the mother of my child and as we speak, we are dating; we are in a relationship. I cannot say when I would get married because it is private information.

The day I get married, no one would know. The reason why I am famous is because of my music and not my relationship life or family, so I want that to be my focus. What if my partner does not want to be in the limelight? I have to respect that. I don’t expose my private life,” D’Prince said,

The singer who has been away from the spotlight for some years said he had to take time off to raise his baby who is already two years old.

“I would not say that I disappeared from the entertainment scene. I have been up and about and beside, I have a baby and I had to travel to set up my house in America. I was also recording album and even though this is my second album, it feels like my first. To be frank, I actually needed a quiet time to work on my music because a lot has been happening in the industry. Also, scarcity also increases the demand for a commodity.
“Fatherhood has been awesome. Being a father has actually changed my life and because I have a child, I can say I am in a better place now. I wish this feeling of peace, settlement and vision for everyone. A lot of test and challenges have come my way but being able to overcome them has really made me fulfilled. Initially when my child was born, I was in shock because I did not believe that I had become a father. But apart from that, there was nothing scary. When I knew I was having a baby, I was scared because I did not know what the future would hold.”

The Banana singer vowed that he would never leave his brother’s record label and went ahead to tell people not to compare him with his other label mates like, Korede Bello, Reekado Banks and Di’ja.

He said, “I am not leaving Mavin Records for anything because this is what we built from the outset. We evolved from Mo’hits to Mavin Records. Even though it is my brother’s record label, I cannot act in a nonchalant manner. If you really know me, I am the one that creates the rules here so I cannot break them. Anyone that chooses to disobey the rule would face the consequences but I plan on following my pace; I put a lot into consideration before recording my music.
“I don’t think anyone should compare me with the likes of Reekado Banks, Di’ja and Korede Bello because we are in the same stable. Anybody that brings that up is not considering the fact that we are in the same family. We have our ethics, we work like a family,” he said. (Punch) 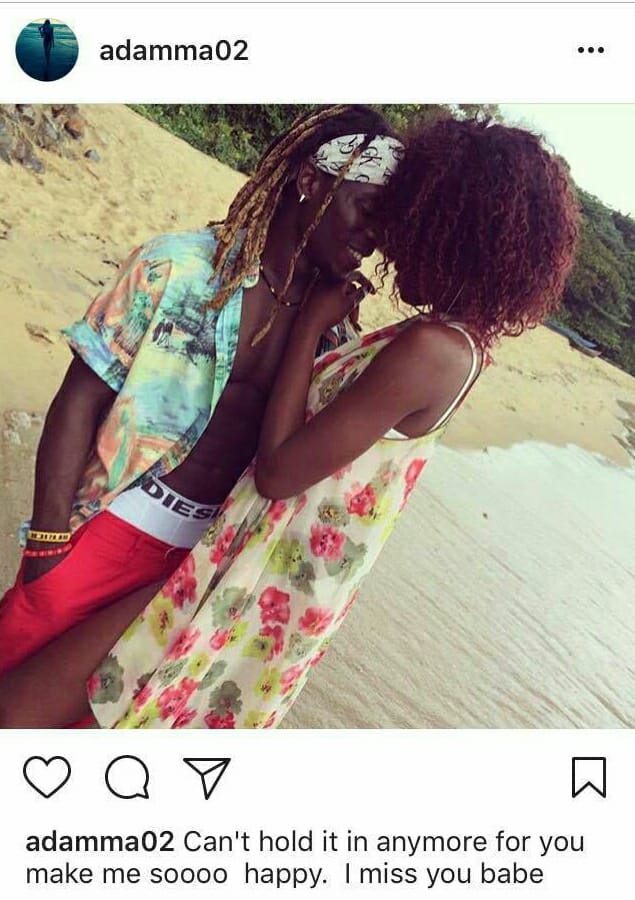 A day ago Cameroonian Model Adamma Basil  shared a photo of her and Talented Cameroonian  singer  Mr Leo around the beach with the caption  “can’t hold it in anymore for you make me so happy. Miss you babe. “.

Adamma  who from all indication have been having a relationship with the super star seemed not comfortable maintaining a low profile  any longer so she had to make the relationship instagram official.

This news leaves Mr Leo’s fans Questioning if he has dumped his Baby mama. Till now, Mr leo hasnt mentioned anything about this issue, we just pray he doesnt turn our like 2Baba.