★ Advertise and Sell your Products, Merchandise, Music, Videos & Get promoted by the ★STAR★ Call to Place your advert on this Channel★
Remember When, ‘May only death do us apart’ Joke Silva Writes As She Celebrates 30th Wedding Anniversary With Olu Jacobs TY BELLO – BABIES ARE THE BOSS! I WOULD CHOOSE TO PHOTOGRAPH THEM OVER THE QUEEN OF ENGLAND

Tupac called time on his relationship with Madonna because she was white, it’s been claimed.

TMZ has obtained a handwritten letter penned by the late rapper from his prison cell, which is set to go under auction later this month at Gotta Have Rock and Roll with a starting bid of $100,000.

The emotional note, written by the talented California Love lyricist when he was 24 – 18 months before he was gunned down and killed, was reportedly sent to Madonna, now 58, when he decided to end their sexual relationship. 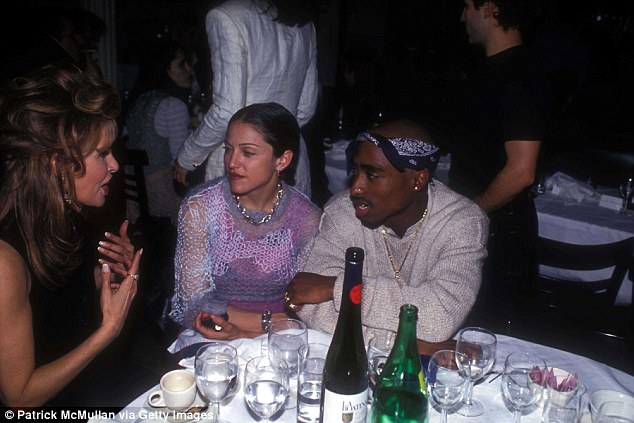 ‘For you to be seen with a black man wouldn’t jeopardise your career’: A handwritten letter from Tupac Shakur to Madonna in 1995 revealed the reason for their split as race-related

Dated January 15 1995 and written from prison, the Hit Em Up star’s letter gave an insight into his relationship with the Material girl singer, then 37.

Appearing to explain why he called time on their relationship, Tupac explained: ‘For you to be seen with a black man wouldn’t in any way jeopardise your career, if anything it would make you seem more open and exciting.

‘But for me, at least in my previous perception I felt due to my ‘image’ I would be letting down half of the people who made me what I thought I was’, the rapper, whose mother Afeni Shakur was an active member of the Black Panther Party activist group wrote, adding:  ‘I never meant to hurt you.’

‘Can you understand that?’ he added. 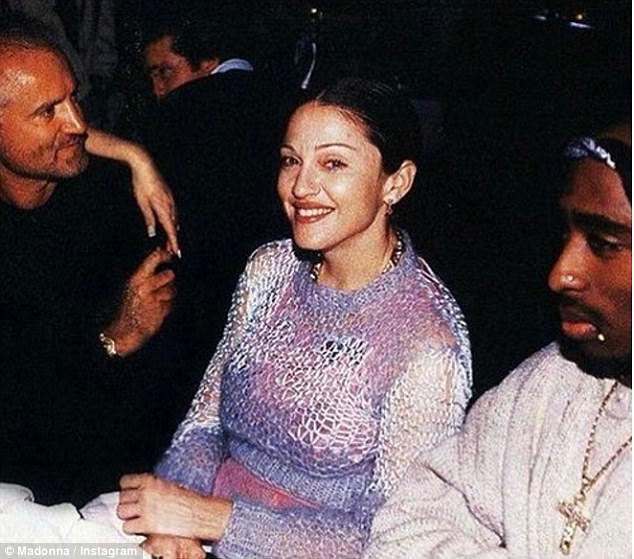 Honest: The emotional note, penned by the talented California Love lyricist aged 24- a year and a half before he was gunned down, will go up for auction, starting at $100k

In 2015 Tupac’s brother Mopreme Shakur confirmed Madonna’s claims that the pair had dated, revealing that it began with a ‘passing of a note’ during the star’s Above The Rim press day in 1993.

But by the time the letter was written in 1995,things had clearly taken a turn between the A-list duo.

Keen to give his side of the story to the apparent breakdown in their relationship, Tupac’s note began: ‘I’ve waited a long time 2 finally write this.

‘Mainly because I was struggling to find all the answers so that I wouldn’t leave any unanswered questions.

‘First and foremost I must apologise to you because like you said I haven’t been the kind of friend I know I am capable of being,’ he said of their relationship, thought to have started

Appearing to address a public media feud, he continued: ‘An interview where you said ‘I’m off to rehabilitate all the rappers and basketball players’ or something to that effect, those words cut me deep, seeing as I’d never known for you to be with any rappers besides myself. 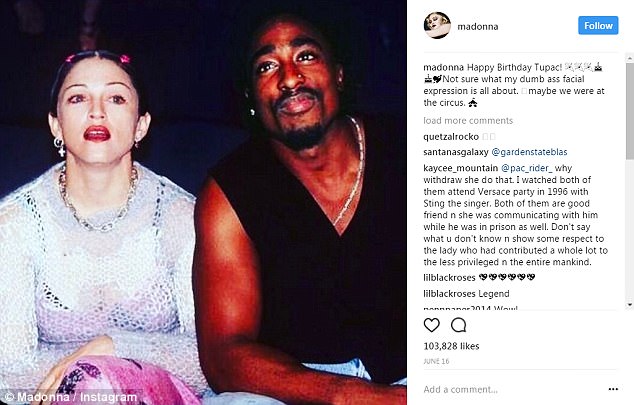 Rare: Dated January 15 1995 and written from prison, the Hit Em Up star’s letter gave an insight into his relationship with the Material girl singer, then 27, after they met in 1993

‘It was at this moment out of hurt and natural instinct to strike back and defend my heart and ego that I said a lot of things.’

With another section blurred, the Rose That Grew From Concrete poetry book author continued: ‘Can you feel me?

‘In the time since, as you can see, I have grown both spiritually and mentally.

‘It no longer matters how I’m perceived. Please understand my previous position as that of a young man with limited experience with an extremely famous sex symbol.’

And appearing to want to make amends, Tupac went on to offer an olive branch to the hitmaker. 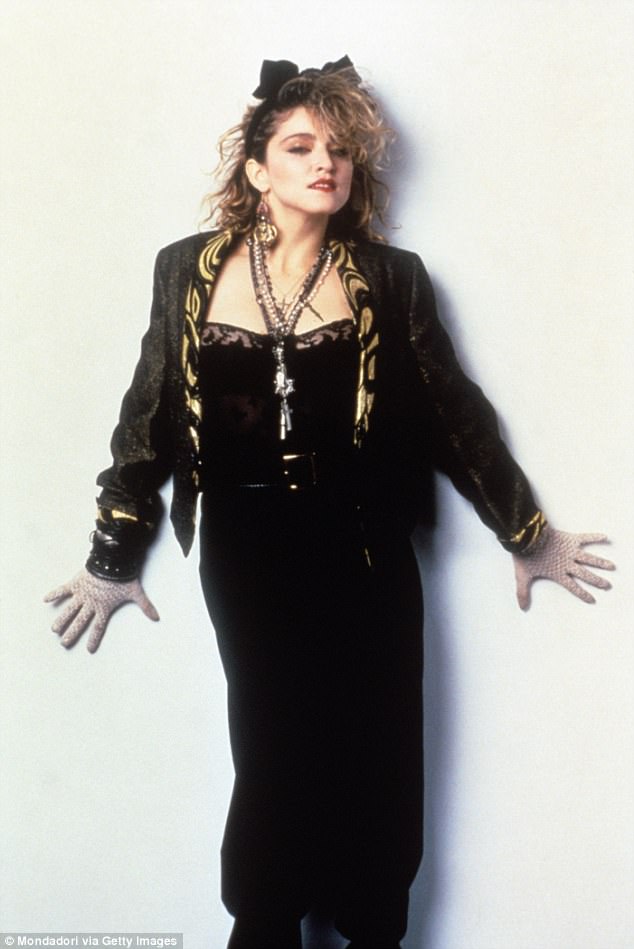 ‘For me, at least in my previous perception I felt due to my ‘image’ I would be letting down half of the people who made me what I thought I was’: Tupac explained to the icon in the note

‘I offer my friendship once again this time much stronger and focused. If you are still interested I would like to further discuss this with you but some of it couldn’t wait.’

Proving his caring side, the political rapper added: ‘PLEASE BE CAREFUL MADONNA.

‘Everyone is not as honourable as they seem. There are those whose hearts bleed with evil and envy’.

In an ominous message Tupac, who had previously survived being shot five times, but was gunned down a year and a half after the letter was penned, added:

‘They would not hesitate to do you harm let my five bullets be proof of that!’

‘Ps If there is any information you can share with me regarding Jack and crew please do, it could well be a matter of life and death. 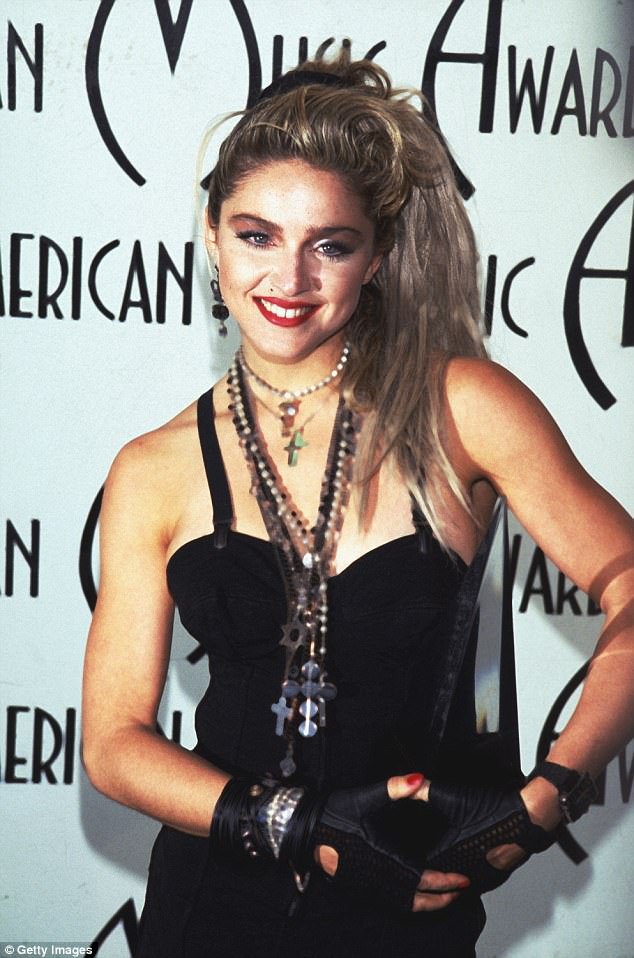 ‘I was dating Tupac Shakur at the time, and he had got me all riled up about life in general’, Madonna (pictured in 1985) confirmed her relatinship with Tupac in a 2015 interview

‘I don’t know how you feel about visiting me but if you could find it in your heart I would love to speak face to face with you. It’s funny but this experience has taught me not to take time for granted,’ the poet and rapper finished his heartfelt letter with a heart.’

In 2015 Madonna confirmed the duo had dated after being introduced by Do The Right Thing actress Rosie Perez, in an interview with Howard Stern on his SiriusXM radio show.

‘One time I was mad at [Letterman] when I said the f-word a lot, but the rest of the time was good,’ she said

‘I was in a weird mood that day. I was dating Tupac Shakur at the time, and he had got me all riled up about life in general. So when I went on the show I was feeling very gangster.’

Tupac’s brother backed this up in a later interview, explaining: ‘She gave me a note to give to him.

‘[I didn’t read it,] I was just happy she was giving him a note. Everybody was there, I went over and gave it to him. He was about the business and then they linked up. I would take him to her house and s**t when we got back to L.A. Yeah. They were a thing for a minute.’ 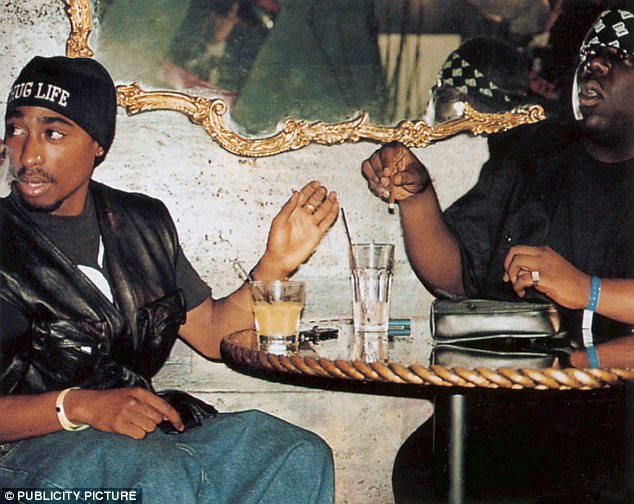 A photo taken at a Vogue dinner in New York City the following year shows the Material Girl sitting at the same table as Tupac in 1993.

It’s not clear exactly how long the two were together but it was certainly over by February 1995 when he started serving a prison sentence for an alleged assault.

The letter, due for action in mid July, is expected to fetch a sizeable sum.

Tupac Amaru Shakur was known by his stage names 2Pac and (briefly) Makaveli.

He sold over 75 million records worldwide, making him one of the best-selling music artists of all time. 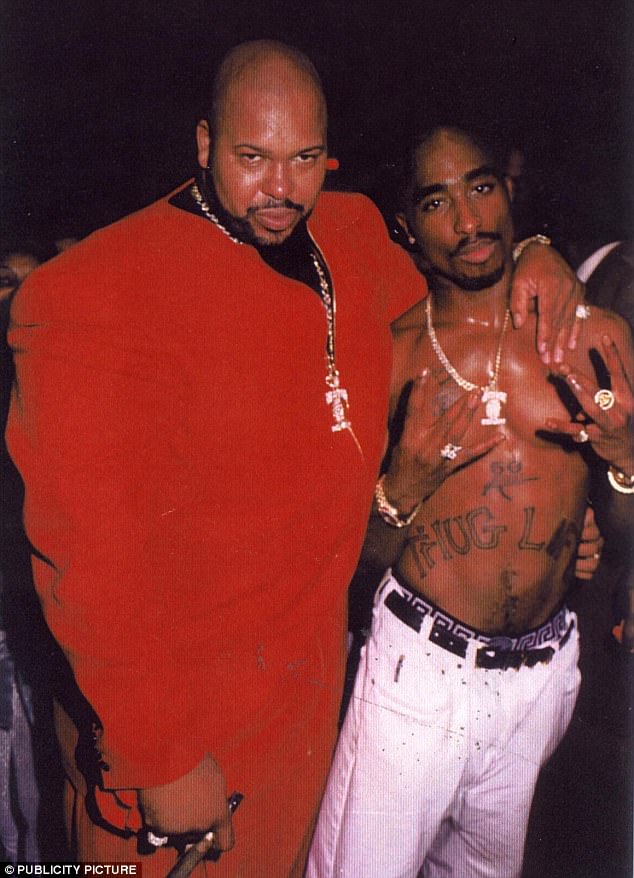 Tragic: On September 7, 1996, Shakur) was fatally shot in a drive-by shooting after attending a Mike Tyson boxing match at the MGM Grand with Death Row Records founder Suge Knight

His album All Eyez On Me was one of his biggest hits, including political, racial messages as well as themes around the hardship of inner cities and his life.

However his success soon triggered an East Coast–West Coast hip hop rivalry, that led to a contentious relationship with The Notorious B.I.G. and the label Bad Boy Records.

On September 7, 1996, Shakur was fatally shot in a drive-by shooting at the intersection of Flamingo Road and Koval Lane in Las Vegas after attending a Mike Tyson boxing match at the MGM Grand with Death Row Records founder Suge Knight.

He was taken to the University Medical Center of Southern Nevada, where he died six days later.

No-one has ever been charged with his murder.