We heard you just got back from a medical check up in UK, how did it go?

It was successful, I thank God for that, this is not the first check up, it is actually the 3rd and they all went well, I’m completely cancer free.

Let’s recap on how it started, was there a check up before the first check up?

What i mean is a check up after the treatment, they said I had to keep coming back so there won’t be a relapse. I have to be going every 4 months. Even though everything seems completely perfect, I have to be back for another checkup in February 2014. 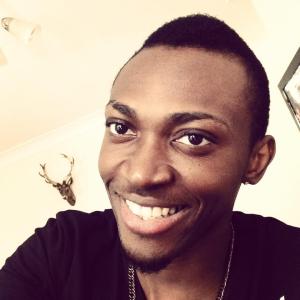 Moving back on the bright side of your experience, you spent more than 6 months, how did you guys manage to keep releasing materials? because it didn’t feel like you guys were away or took a break.

We have to give thanks to God, I was diagnosed in Nigeria, but before then I was sick but I was still going for shows, Cupid Stories album was on point and was everywhere, we went for a tour in Australia in January 2013 and we came back in the first week of February and I was down, I couldn’t even move, they told me it was cancer and they referred me to London and we went to London. Nazy (Our manager), said people were still calling and wondering where we were and we had dropped ‘Temperature’ and people were wondering when we would release a video for it. By that time I was already on the 4th Chemotherapy circle out of 8, so I told Nazy I had the strength to appear in a video in London. We had to bring Clarence Peters to London and we shot the video, and put it out immediately it was ready. So, people didn’t really know that something was going on. But, I stayed almost a year and people didn’t hear from us but that video helped a lot.

So, after the treatment, you guys went on a material release spree?

After Temperature video people were waiting for a new song, when we came back we needed to close that gap because we were away for almost a year, some people even thought that we had stopped music as a career, even though the news went everywhere that I was sick, a lot of people didn’t know. We released International Baby and it wasn’t enough, then came Mama Africa, we even made a song with Flavour called ‘Tonight’ before ‘Nana’.

The next question is, how did all these songs get made in a short space of time, were you writing them while you were in the hospital?

Experience can motivate you to write songs, if you’re in shock. if you’re in pain etc. If you’re happy you can also write but when you’re in a bad mood you write more songs. Yes, I was writing when I was in the hospital, I couldn’t wait until I got back to Nigeria before I picked up writing music. That’s how we got “Mama Africa”. When I got back to Nigeria, Smash (My music partner), played “International Baby” for me and we recorded it together with “Mama Africa”. Smash, Jay Stuntz and Flavour already made ‘Tonight’, so I just needed to do my verse. For Nana, we called Masterkraft and asked him if he had anything for us he said he didn’t and i tried a melody and he made the beat and the rest is history.

While you were writing in London, did you have producers send you beats or were you sending them voice recordings to work with?

For Mama Africa, Meca E sent me a beat first, so I had to flow on the beat while I was in the hospital. Jay Stuntz on the other hand came to the house, and most times we go to the studio to work, same thing with Masterkraft.

What are the future plans now, are we expecting Cupid Stories 2?

😀 Of course, we are planning to release another album but, we’re wanna work on 2 more collaborations first. We are looking forward to Davido, P Square or Tiwa Savage, any 2 of these 3 will do.

For shows, how are they coming along? Is everything back to normal?

Not actually back to normal, but I can say it has been going well. It’s not easy, especially when one goes off the scene for a while and all of a sudden shows start flowing, it doesn’t work like that. It’s going well, we have a couple of shows lined up but everything will kick off in October. We had a couple of shows in August in Benin republic, even had an European Tour in July, and a couple in Equitorial Guinea, Burkina Faso and a few more coming up.

For a duo/group to survive as long as long as you guys have, there must be something strong that would have bonded you guys, as of last year we heard rumors that you guys were about to split up, there was even an artwork that said “Vast- Cupid Man”, and people rumored that it was the title of your solo album, what do you have to say about that?

All i can say is that God has been behind everything, he has been the one keeping us, it’s not easy, I can’t say that i’m perfect enough to make it work. The ‘Cupid man’ thing is just a name i came up with innocently but people can go crazy and read meaning  into little things. The day i heard the news i wasn’t shocked, that is Nigerians for you. So, I don’t care. Bracket, we are still strong together, two is one, if we split we lose the brand Bracket.

You guys are not kids anymore, soon it will be time to start a family, you guys might not think about splitting up yet but when that time comes, there will be issues of sharing property, separate houses… etc. When that time comes, will Bracket exist as a group releasing music in Nigeria?

Yes, that’s what I said earlier. Being together as a group is the most important thing, even if we get married, that should be the peak of the career- working together after marriage. Right now, we’re just playing, when we get married we have more responsibilities, so that’s where the hard work will start. Anyone, who thinks that women will cause a split up is getting it wrong because we know what women can do and we know the kinda women we wanna get married to. Money issues, property issues… we will sort that out like we always, do it won’t be a problem.

Thanks for having us today, we wish you good health and success.

We’d like to hear from your own perspective, how was the compilation of music made possible?

He actually in the hospital when we made Temperature video, but he was getting better then after that he got of the hospital in September and we made more songs. So these songs made sure our face didn’t fade out of the market.

For song recordings, how did that happen?

We didn’t actually record any song in London, Jay Stuntz made most of our recordings here in Lagos, Nigeria.

So how did you cope with the absence of Vast, were you lonely? Because, you seemed like the one on ground making the necessary moves to keep your brand alive, how did you manage all of that?

I was actually in London with him for like 4 months, so when I got back it was just like 4 months for him to get back so i didn’t feel any form of loneliness. After I got back, I called Jay Stuntz, who was always coming around and we didn’t have to wait for Vasts’ return before making music. We even has a song we made with Dammy Krane, these songs would be on the album. 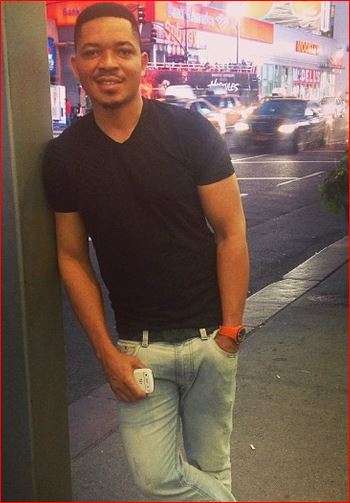 It’s more of understanding, not trying to compete within ourselves for a particular role. In a group there is a lead singer, everyone can’t play lead. In certain groups, everyone wants to show themselves and be the front man. If there’s an understanding there are certain songs that can be done by one person or just two parties and everyone still gets a role to play in that song. The songs must not have every member of the group sing all the time, that’s where some of the problems can come in, and then the monetary aspect. These are the two major problems a group could have. One member could think of how much he could make as a solo artiste compared to what he’s making as a member of a group. Sometimes, without any issue one could think they’ve worked long enough and it’s time to go a separate direction. When we started, we were 3, then my major concern was to ‘Blow’, I didn’t care about any issue, then we were mixing rap and r&b and we knew the rap side was slacking and we needed to scrap it, it became a major issue and one of us had to go, as soon as he left it eventually worked out just the way we had envisioned and by God’s grace it is working till date.

You said something about finance, in Nigeria, do they pay a group higher than they pay an individual?

It depends, sometimes, they pay an individual more than they pay a group, sometimes a group gets the higher pay, it all depends on the current status of the brand. If you’re the rave of the moment, they’ll pay higher than the other party be it individual or group. If you’re a solo artist at that time that’s more money.

So, you guys don’t have money sharing conflicts?

None at all. We don’t really think about money most times. We only talk money when we’re about to spend on a project. There are bigger issues like performance, crowd presence and sound to think about before a concert.

Has there been any situation where you guys like the same girl and one person has to sacrifice for the next party?

So, who normally steps down for the other?

Most times, I back off. Lol

Thanks for having us Smash.