Kiss Daniel Finally Open up on why He Legally Terminated his Contract with G-Worldwide Sheikhs on a train: Ruler of Dubai Sheikh Mohammed and his son take a trip on the London Underground (but leave their dish-dashes at home)

A lot of our top music stars are from average homes who made something of themselves with their talent, hard work, started from the bottom with nothing and are today, rich and famous. 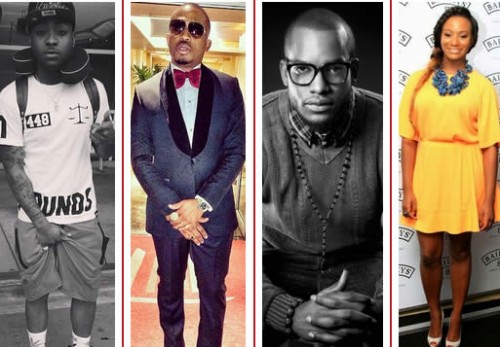 While some came from wealth, and didn’t need to struggle as much but felt a need to make something of themselves instead of relying on daddy/mummy money. Meet seven of them below…

1. Davido:- His father may be a billionaire businessman, his uncle may be a former governor of Osun state, but most of us didn’t know the Adeleke family until Davido burst into the scene a few years ago. Davido’s father is the chairman of Keplo Pacific Energy, a company into banking, steel, power and energy.

2. Naeto C:- Naeto C could have chosen to be an executive director in one of his multi-millionaire parents’ companies, but instead he chose to pursue his own dreams. Naeto C is the son of former Aviation Minister and former Ambassador to Ireland, Mrs Kema Chikwe. His father is a wealthy businessman.

3. Lynxxx:- Some of you may not know this, but handsome rapper Lynxxx was born into money. His father, John Edozien, was the first deputy governor of the old Bendel State, now Delta State. He is also the chairman of Mercedes Benz Automobile Services Limited, among many other companies he owns. He’s also a director in several companies including Linkage Assurance Plc and Diamond Bank Plc. Lynxxx is the only son. Ladies, let me repeat that, Lynxxx is the only son. *wink*

4. DJ Cuppy:- 22 year old beautiful Florence Otedola popularly known as DJ Cuppy is the daughter of billionaire businessman and CEO of Forte Oil, Femi Otedola, once said to be worth about $1.2billion. The singer and DJ plays big in the UK social scene. 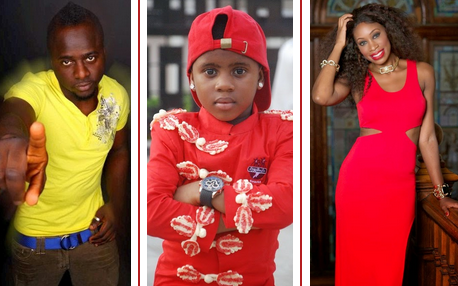 6. Ozzybosco:- The young music sensation, who is only 7 or 8 years old, has collaborated with MI, Flavour and a few other A-listers and you wonder how he can afford to do that? Well, it’s because his parents are wealthy. His mother, Elizabeth Nonye Mojekwe, is an international business woman with various companies.

7. Waliyah:- She recently burst into the entertainment scene but her family name has been around for decades. She doesn’t necessarily like to tell people this except you already know, but the singer is one of the daughters of late MKO Abiola.