★ Advertise and Sell your Products, Merchandise, Music, Videos & Get promoted by the ★STAR★ Call to Place your advert on this Channel★
A Gentle Man: Interview With Richard Ayoade QUEEN TOYIN RAJI, A journey to STARDOM

Sparks were flying on the set of The Secret In Their Eyes on Wednesday.

Nicole Kidman, 47, was caught leaning in to smooch her co-star Chiwetel Ejiofor, 37, during the steamy scene in Downtown Los Angeles.

The two were filmed cosying up in an intimate embrace, with Nicole tenderly touching Chiwetel’s cheek. 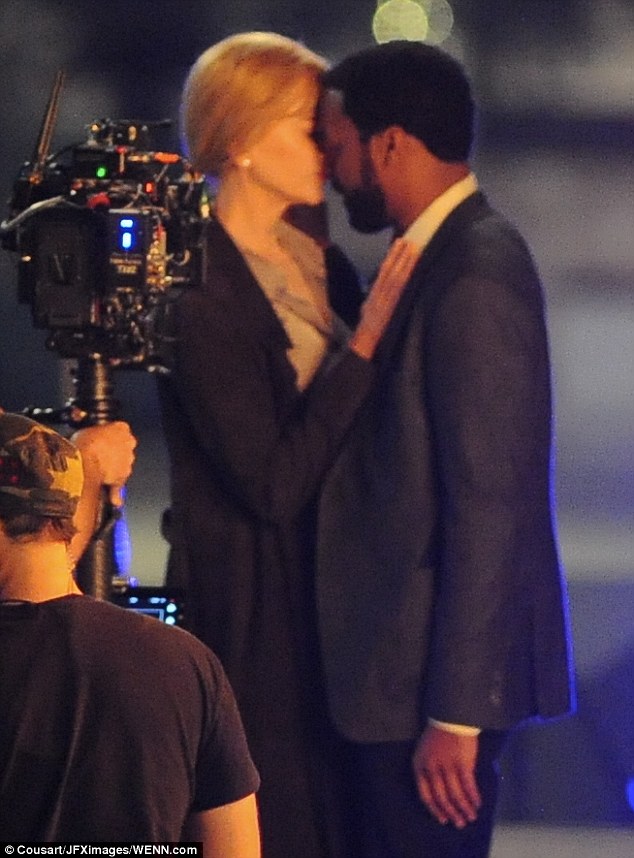 Steamy on set: Nicole Kidman leaned in to kiss Chiwetel Ejiofor while filming The Secret In Their Eyes in Downtown Los Angeles on Wednesday

The pair were clad in business clothes for the late night shoot, perhaps taking a detour from their original plans for the evening.

The Oscar winner wore minimal make-up, as her strawberry locks were styled in a relaxed low ponytail. 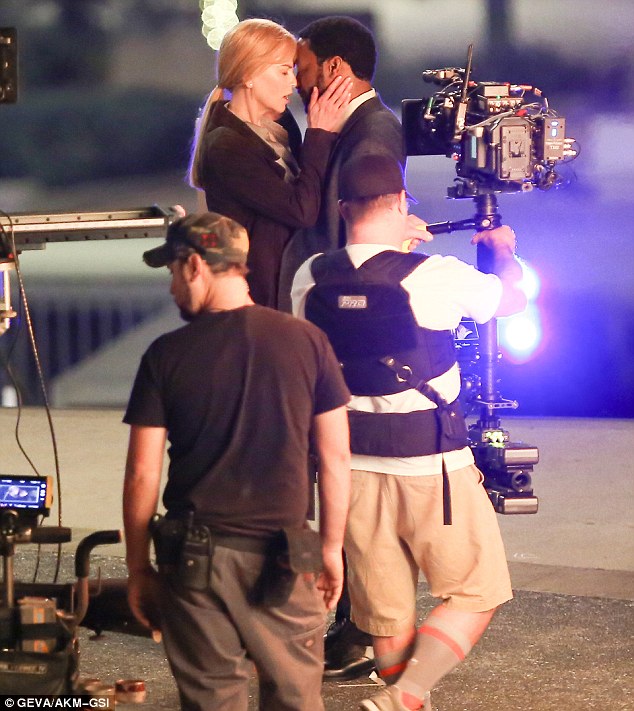 Hot: Nicole really seemed to be getting into the scene while placing a tender hand on Chiwetel’s cheek 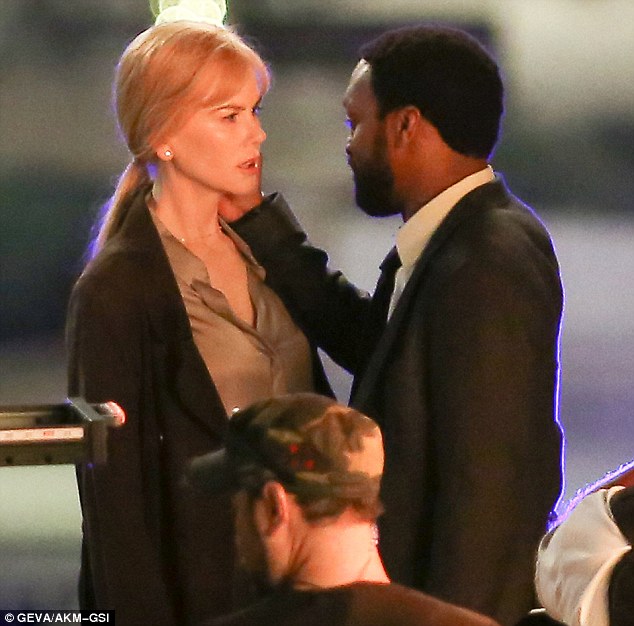 The build up: There appeared to be some chemistry and tension leading up to the big kiss 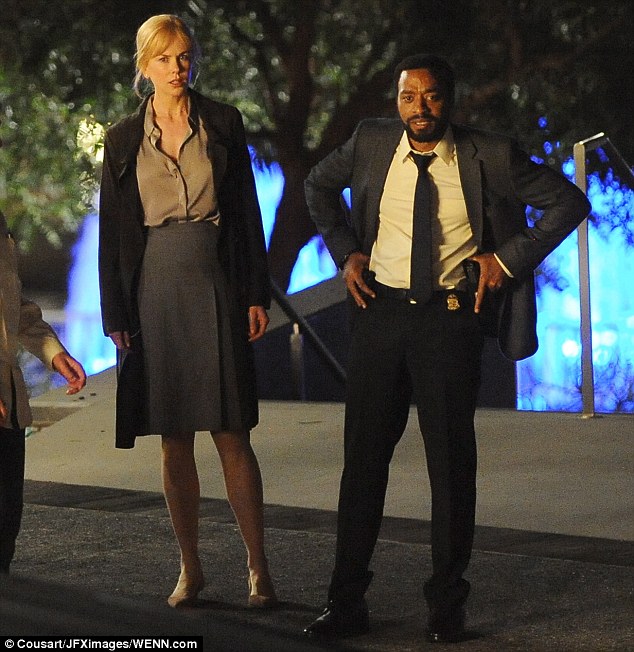 Showing off the goods: Chiwetel made sure to display his badge and prop gun

Chiwetel was clad in a black suit and white tie while making sure to show off his badge and prop gun.

The 12 Years A Slave star plays a former MI-5 agent who on a joint task force with the FBI, thinks he’s finally found the man who murdered the daughter of his former partner and friend, played by Julia Roberts.

Gwyneth Paltrow is reported to have previously expressed interest in the role Nicole is playing.

The film is reported to release later this year. 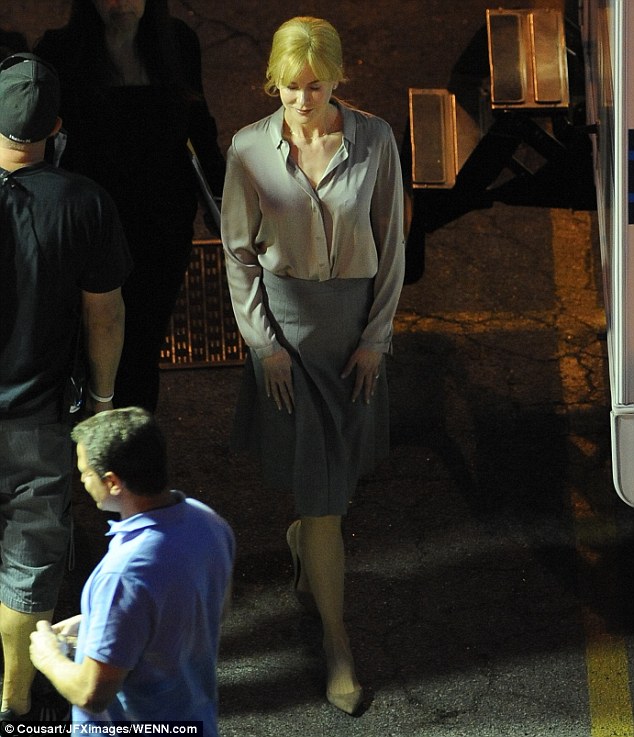 Conservative: The Oscar Winner hid her svelte shape in a loose blouse and skirt 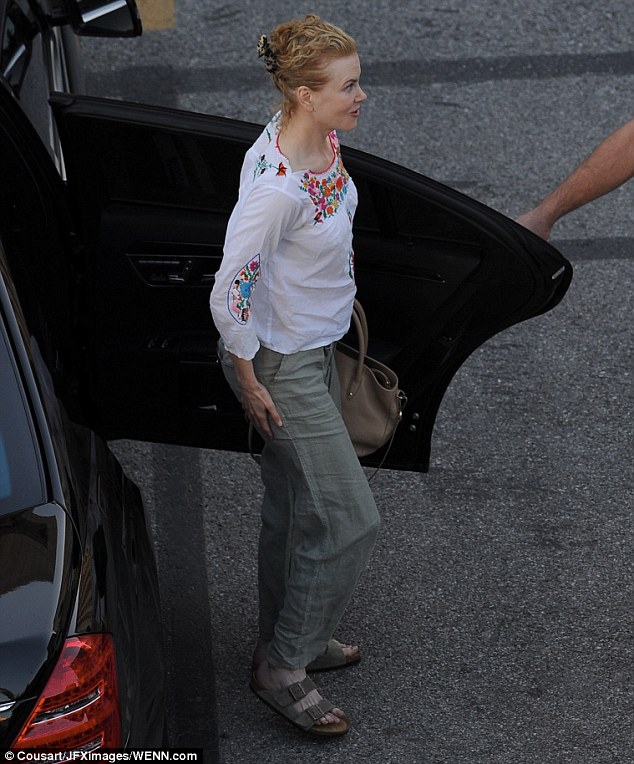 Before: The actress appeared far different prior to filming, showing off her bohemian flair in a floral blouse, cargo trousers and Birkenstock sandals