★ Advertise and Sell your Products, Merchandise, Music, Videos & Get promoted by the ★STAR★ Call to Place your advert on this Channel★
Google’s Sergey Brin: You’ll ride in robot cars within 5 years Jack Ma Is the Loneliest Billionaire in China

Mark Zuckerberg’s famously private wife Priscilla Chan has given her first television interview, opening up about her marriage, growing up with refugee parents and her billionaire husband’s trademark clothing item – hoodies.

Chan, 29, revealed little has changed since she first met the Facebook founder at a Harvard University fraternity party more than a decade ago.

‘He has graduated to a nicer hoodie. The main quality about this hoodie that’s nicer is that it’s softer, so he’s really excited about that,’ she said, in an exclusive interview with Today’s Savannah Guthrie.

‘I’m pro-hoodie. He wears a fresh hoodie every day so that pretty much meets my lowest barrier for him…I’m happy with whatever he wants to wear, as long as it’s appropriate for where we’re going.’

While the recent medical graduate normally shuns the limelight, she has bared all for the first time in order to promote a cause dear to her heart – education.

The power couple today pledged $120 million to the San Francisco school district through their foundation, Startup: Education, to improve technology used in the classrooms over the next five years. 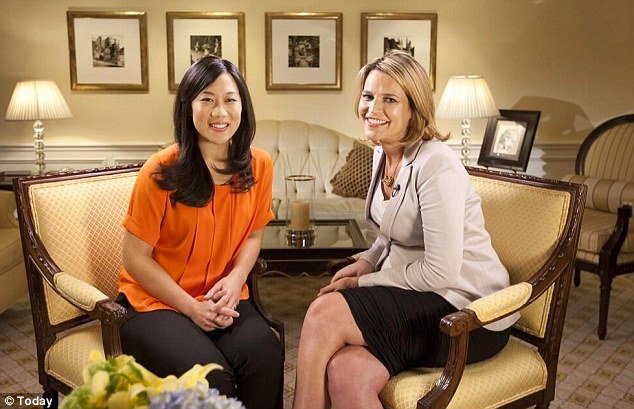 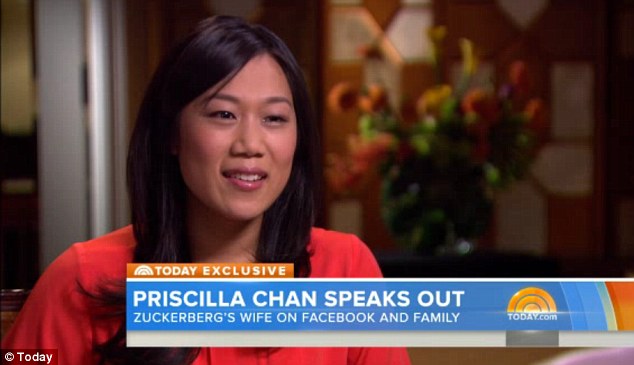 Speaking out: Mark Zuckerberg’s famously private wife Priscilla Chan (pictured) has given her first television interview to Today, opening up about her marriage, dog and love of education

‘We live in Palo Alto, which has, fortunately, one of the greatest school districts in the country,’ the medical resident said.

‘But right next door, actually within walking distance of our home, is East Palo Alto that has a K-8 system that has a lot of unmet needs that the public school district is struggling to make up the difference for at this time.’

Chan, who is training to become a pediatrician, said the education of underprivileged children is hugely important to her, as her parents were refugees (Chinese and Vietnamese) and she was the first in her family to go to college.

She was an interpreter for her grandparents who didn’t speak English and was encouraged to go to college by her teachers.

‘My public school teachers did a great job of saying, ‘Check this out. You’re qualified for this. You should explore these opportunities.’ They’re the ones who said, ‘You know, apply to Harvard. You might be a good fit here’,’ Chan, who speaks English, Cantonese and Spanish fluently, said.

‘And then when I got to Harvard, it was even more opportunities that I didn’t know existed. So their effects have only compounded over time.’ 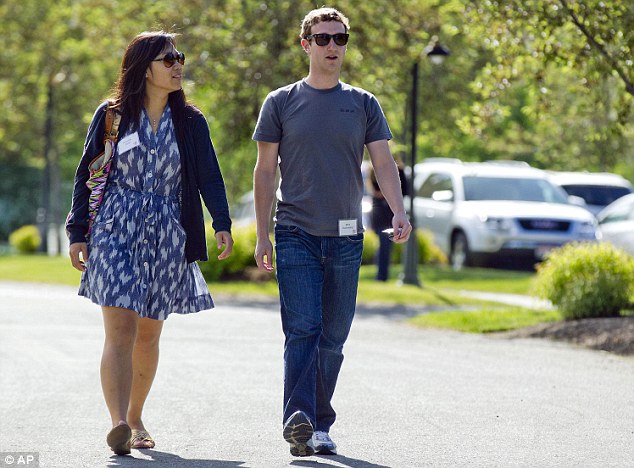 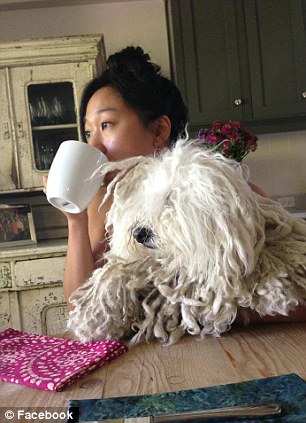 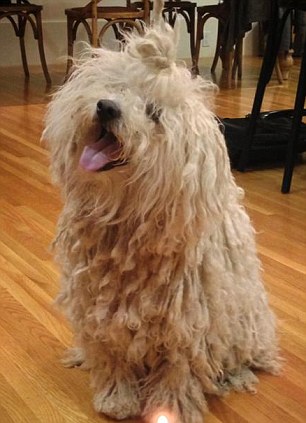 Devoted: Priscilla Chan has revealed she would like to be a mom, but admitted she and husband Mark Zuckerberg treat their Hungarian sheep dog beast like a child

Chan and Zuckerberg, 30, have made philanthropy a central theme of their life together, joining Warren Buffet and Bill Gates’s Giving Pledge to give away most of their wealth.

However, Chan has been forced to defend the couple’s $100 million donation to Newark, New Jersey’s public school system, with critics saying the money has so far failed to fix the city’s ailing school system. After four years, the money is nearly gone and a lot of people are angry.

‘We’ve invested in Newark’s children, the schools and teachers and these are long-term bets that need a number of years to really pan out,’ Chan, the eldest of three siblings, told Today.

‘We’ve seen and learned how important it is to listen to the community, and really get a sense of what they need and want. And it’s a long journey.’

Meanwhile Chan and Zuckerberg have been on their own long journey. The pair married in their Palo Alto backyard in 2012 after dating for nine years.

They would like to have children, but so far are obsessed with their Hungarian sheep dog Beast, who is like their child and has his own Facebook page. 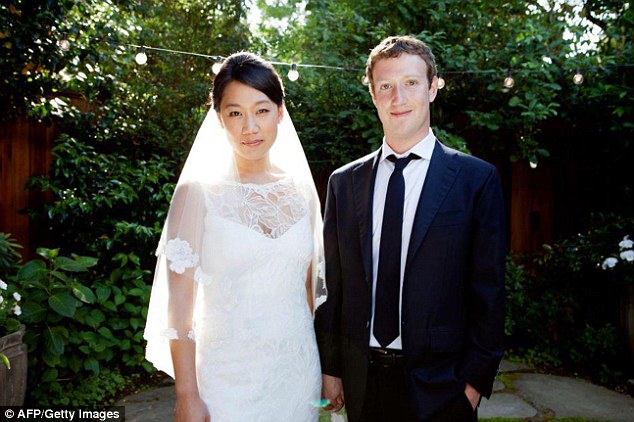 Loved up: Mark Zuckerberg and Priscilla Chan met as Harvard classmates and dated for nearly a decade before tying the knot in May 2012 in their backyard 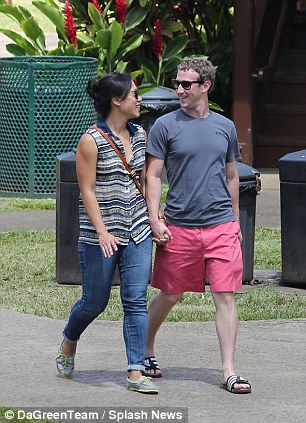 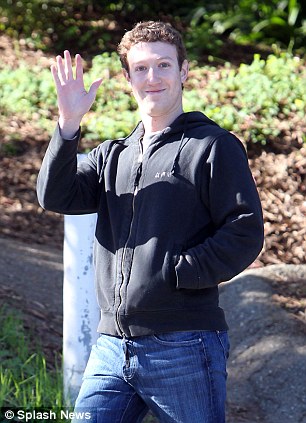 Fashion sense: Priscilla Chan said she supports her husband Mark Zuckerberg’s love of hoodies, which he wears nearly every day

‘I thought he was just this really interesting guy, who really wasn’t that studious,’ she said.

‘On our first date, he told me that he’d rather go on a date with me than finish his take-home midterm. The type-A first child in me was appalled.’

The Massachusetts native said she tried to send him home so he could finish the test, which made her beau think she wasn’t interested.

‘Turns out he was just trying to convince me to spend more time with him,’ she said. ‘And I’ve since learned that he’s very bright. And his type of learning is different than my approach to learning.’

However Chan’s learning standards are very high, having been voted ‘class genius’ in high school.

‘I actually had a lot of very smart peers. The other ‘class genius’ is now a nuclear physicist,’ she told Today.

As for being described as the first lady of Facebook and the Kate Middleton of social media, the medical resident said it is cringe-worthy, and she would rather be known for her work with Bay Area schools.