Gospel singer Jahdiel who stormed the Nigerian market with her hit track ‘Heritage’ years ago, fell in love with music from childhood.

She grew up in a church, pastored by her father, joined the choir at age 5 and has not looked back since then.

Today, Jahdiel is married to her best friend and fellow gospel act, Eben and they  have a son.

In this interview, she tells us how she grew to love music, how ah-mazing the marital journey has been, and the joys of motherhood.

“I joined the choir at age 5, started singing at 13. I have always known I would sing for God, so I always wrote songs about God, how he makes me overcome experiences of life and what he has done for me. So the first opportunity I got to record in the studio I jumped over it and voila it was a hit…till this day I just record and record, that is my way of preaching to people.”

“We recently marked our first wedding anniversary, it has been awesome, it’s been from glory to glory, from strength to strength, from favour to favour. God has been good to us and we are indeed grateful to him . To him be all the praise.” 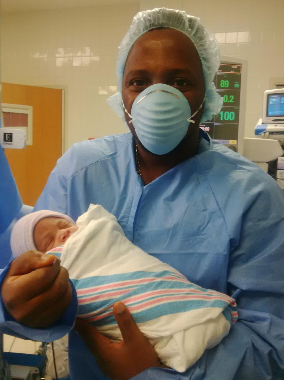 Unlike some other men who shy away from the delivery room for fear of watching their beloved go through the labour pains, Eben accompanied Jahdiel into the delivery room and stood by her all through and watched her have their mini-Benjamin.

“In the U.S, that is the way things are done, your loved one has to be there with you to at least ginger you, lol…it was great experience. It is an experience you really can’t share unless you go through it, it’s a great one, that is we celebrate mothers. Joyful experience it was.” “Being a mother is beautiful but Motherhood has not changed me. I am still who I am but I have been able to see that apart from Jesus dying on the cross, bringing a child into this world is one of the greatest gifts a woman can ever have.”

“I am working on new singles, I just released an album titled ‘Another Day’ – it talks about people who procrastinate their salvation (Instead of turning their hearts over to Jesus they keep postponing it and telling themselves ‘maybe tomorrow’ maybe Monday and tomorrow might be too late, so don’t ask for another day, today is your day.) Also, My hubby and I have a concert on the 26thof December at the good land where we are featuring a lot of upcoming artistes also. Lots of good things in the pipeline for 2015.”