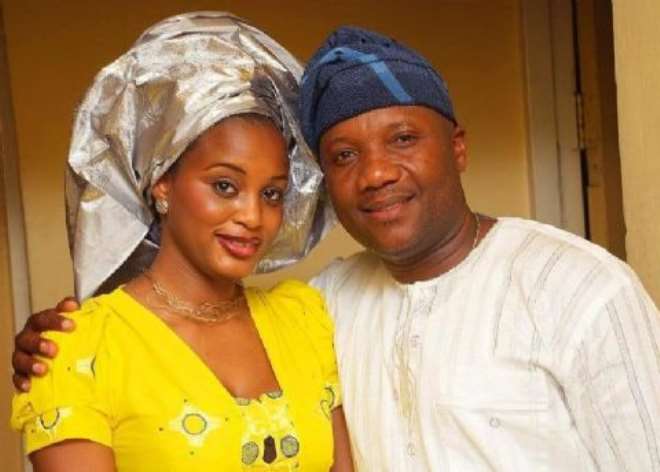 The Anambra born leggy queen of beauty Chinenye Ivy Ochuba after finishing from Reagan Memorial Secondary School, she contested for the Most Beautiful Girl in Nigeria beauty pageant and she won in 2000. Her reign was a scandal-free one unlike her predessessors whose reigns are full of scandals and slanders. The seventh child in a family of 10 children shortly after her reign left her University of Lagos’ Computer Science course for the University of Greenwich, London where she studied Accounting and Finance and just graduated last May. Miss Universe pageant in Puerto Rico and Miss World were the major international beuaty contests she would have gloriously won but due to one hiccups to another she missed the enviable crowns and was well favoured with second best. Having completed herdegree in Accounting and Financing at the University of Greenwich, London. She has returned back to Nigeria to soleminise her long-standing relationship with an international businessman called Adekunle Tajudeen Akinlade. MICHAEL ALONGE of http://www.nollywoodgists.com knocked the doors of his mouth 40 hours to their white wedding and he opened up on himself and the leggy queen of beauty, Chinenye Ochuba. Excerpts…

Can we have an insight into your background?
My name is Adekunle Akinlade, I’m in my late 30s, I am from Agosasa in Ipokia area of Idiroko, Ogun State . First born in a family of nine. My mum is late, she died in 1997, my dad is a retired army officer, I read Political Science in LASU, did lot of courses in England, I did Financial Management, I have a six year-old from previous relationship, Temilade. I used to have a business here in Nigeria in the 90s but I left Nigeria for England in 2000, immediately I got there I set up my company, Cleveland, we into property, oil and gas and financial management. I was doing my business in England until 2007 when I relocated back to Nigeria . That’s about my life generally.

How did you meet Chinenye Ochuba?
I met her in Lagos actually, when I came into town in 2004 on Holiday, I went out with my cousin, Rasaq Adigun, we went out, you know, I can not remember the name of the bar but it was on the Island, I am not really an outgoing person, I just came on Holiday then and my cousin just took me out. While we were relaxing, four ladies walked in and we looked at them and said hi! Hi! One of them was so friendly and we started chatting, though, I walked up to them to introduce myself, I said my name is Kunle and I will like to know you people, I was targeting her but I didn’t go to her directly, I wanted to come in through the one that was so jovial amongst them. I gave them my numbers, local and international. They didn’t call me before I left for England but later when I got to England, a couple of days later, one of them called me and I was like what about that your friend now, she said which one and said the slim one among you and she said ok Ivy, I said yes, though, I didn’t know who she was, weather a beauty queen or anything. She gave me her number and I called her and we became friends. We started talking for about three, four months about ourselves. Then one day I asked her if she ever thought of making a career in modeling, at least, you are tall, young and beautiful and she said she’s done pageant. Oh Pageant which one and she said MBGN, and I asked what is MGBN, she responded that Most Beautiful Girl in Nigeria and I said ok, I know about Ben Bruce’s stuff. I asked what year and she said she won 2000 and I was surprised and I asked her if she could send me her pictures because that time really I just saw her once so I could picture what I saw at that bar that day. She said I should just google her name and when I did, I saw her pictures and profile and I was like wow you are really pretty you know, I now promised to come to Nigeria to meet her and the rest is history.

How did you meet her parents?
Oh! Her parents are wonderful people, as a young girl, they’re concerned about her and very protective of her I spent four day in Nigeria and went back to England . When I got back, she was in UNILAG then and I was like why don’t you come over to the UK for your studies, it’s better here you know with all this strike everyday and talked to her dad as regards that too that her intelligence would be more aided if she could come over to England for her academics. The dad made all the necessary arrangement, they got the form for her and she moved to Greenwich University , England , where she read Accounting and Finance. While she was in England I was able to see her quite often so the relationship developed from there. She just finished last May 2008 and she came out with flying colours 2.1. She’s serving with Exxomobil on the Island now; she’s an embodiment of knowledge. She’s very brilliant. She’s been a blessing; she’s a wonderful gift to me by God.

What was the attraction like?
For me really, I am not a party person, my life is all about business, as a financial manager, all I know how to do is to make and manage money so you can now imagine the first special outing with a cousin and four beautiful girls coming and you look at them and one at of those four people has a rare quality, something different from the normal Nigerian girl. You know, some Nigeria girls will have this hip, you know with some curves and all that but seeing something different, just like an average white woman in England, made my feel wow she might not be a Nigerian. But I got to know her well when we started talking that she’s a very careful and intelligent person. She’s got an aura that will just make you like her, she’s composed, very cultured person and in fact she’s everything. When I met her parents, they were not interested in the cars I drive or where I live, they were particular about me and what I do for a living. She’s from a very humble background and you know if someone is from a humble background, and someone gives you something, they know that the person might have given that something for something, you know, she’s not materialistic, she’s not extravagant, and I always ask her that for someone like you, what would you ask that a man would not give you and she’s like those things don’t matter.

Aside all this you mentioned above, what other quality would you say struck you when you met her?
You know when you first meet a girl, there are lots of things you won’t know about the person until you get close to the person. When I’ve got to know her parents, I have always believed that if you pluck a fruit from the tree, the fruit is fresh and good, look at the three; it must have had an effect on the fruit, that’s what I can say about that. The parents are people who are well disciplined and that act of discipline has been deposited into all their children. When I met her dad, he’s a retired Engineer, her mum is a teacher, and with the way they were talking to me, I know that definitely I am in the right place. So, there I discovered that the contentment nature of Ivy is inherited from her parent. She can live on a bottle of water for a whole day even if everybody around her is having coke and bugger. She’s got this inner value, you know, she’s not greedy and she’s very humble.

As a former beauty queen, are you not afraid of loosing her into some highly influential people who may want to sweep her away from you?
She goes around on her own and it has never bothered me if anyone that drives Ferrari or helicopter would take her from me, she has strong family values and that actually built that love and respect I have for her over the years.

Was there any reservation, objection or obstacle from her parents as a Yoruba man when you declared your intention about their daughter?
They are liberal people, they are from Anambra but they were born in Lagos , the dad speaks fluent Yoruba language, the mum too, you can imagine a teacher in a Yoruba State and all her friends are Yoruba people. The ethnic thing has never been an issue with the family, honestly. If I call dad now, you will be shocked that he would talk in Yoruba Ah Kunle Bawo ni? Se o wa okay…All their neigbours are Yoruba so to them I am just another Yoruba neigbour from the next door. If you ask Ivy all the people she went to school with from Primary to secondary they are all Yorubas. Her friends are Jumoke, Teni, Ireti… they are all Yorubas. If I had been a Hausa guy, it could have be language problem, you know, because none of them schooled in the North.

When did you propose to her?
I didn’t talk marriage the first day I met her, the marriage proposal started coming up late last year when she was about finishing her academics,. That was the condition then that before anything, you have to graduate from the university. And late last year I proposed to her and she called her parents and siblings and they all supported it and I gave her a ring. February this year, we came to Nigeria during the Val. And we had our introduction two days after Val and my people met with hers. Ever since, the relationship is blossom. Her dad and mine have become best of friends.

How did Chinenye feel when you told her about Temilade, your child?
Well, she took it like every other woman will take it. Funny enough, I told her when we were still chatting on phone and they have since become friends. Honesty or sincerity matters most in a relationship.

Most celebrity’s marriages hardly work, what are the machinery in place to make this stand the test of time?
I confidently believe that it’s only God that makes a marriage work. There is nothing a man can do by himself without God’s support. You can be the poorest man on earth and still have a broken marriage but if a marriage is based on God’s foundation, I believe strongly that it’s going to work. What a couple should do to help their marriage is to fear God and be honest to one another. We always joke about it that we only have a 70 years contract and after 10 years we sit to review the marriage on how to spend the remaining 60. But I must confess that ours is a marriage made in heaven. 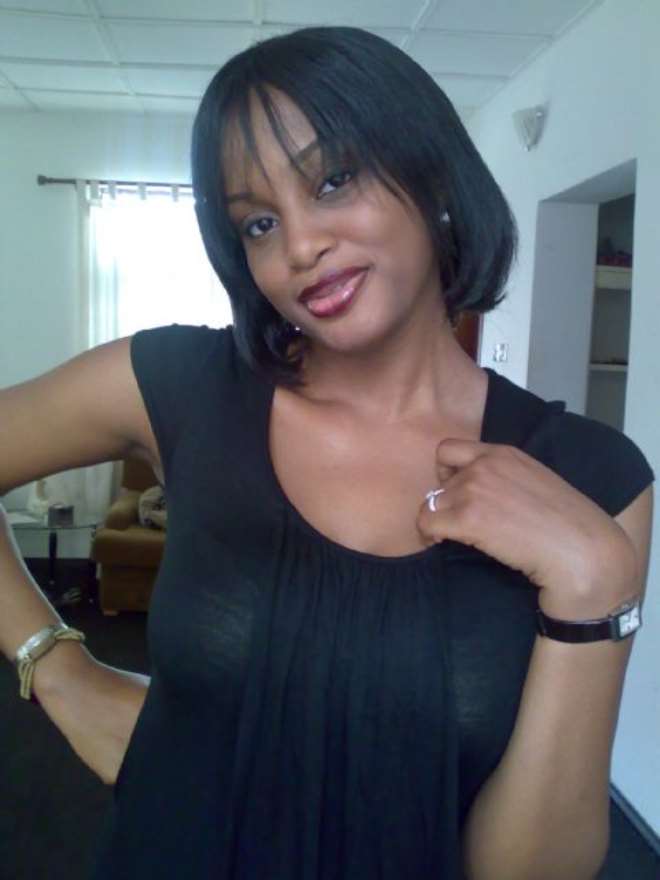