★ Advertise and Sell your Products, Merchandise, Music, Videos & Get promoted by the ★STAR★ Call to Place your advert on this Channel★
#BadComments by Jim Iyke A Timely Movie kicking against online bullying Kennedy And Ichechi Okonkwo Celebrate Their 12th Wedding Anniversary With This Stunning Family Shoot

By Marcus Neo | Self Improvement and Social Skills 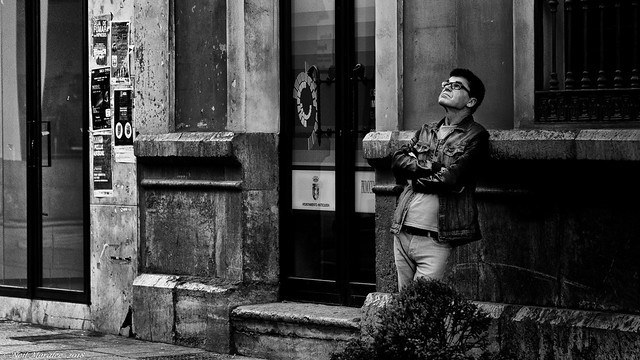 Our decision making in all areas of life comes from unconscious aspects of our minds. If there’s something you are overly anxious about, there may be an underlying emotion that’s repressed or are unconscious about. If you’re constantly unhappy or constantly stuck in toxic relationships friends and family members… then perhaps there’s something there as well. Or just maybe… you may be facing some form of depression.

How to Get out of Depression: The Benefits of Psychotherapy

I’ll argue that many people struggling in different areas of their lives from relationships to personal finance may have emotional stories that are out of touch with. These stories come in the form of past traumas, difficult childhoods and negative experiences that they themselves have not confronted and/or are completely unaware of. Yet, they go on years after years of chasing superficial fixes and are oblivious to their own emotional realities.

For example, through the years in my dating life, I was only confident with women that I wasn’t too emotionally invested in. It didn’t matter if she was attractive or not… as long as I wasn’t emotionally invested, I could ‘perform’ and get her attracted. However, when it came to a woman I actually felt something for, I’ll screw it up in the multitude of ways possible.

The Struggle with Depression and Mental Health

When I was much younger, I completely flunked my examinations and got dumped by my ex girlfriend over text message in a time period of a couple of weeks. I was due for military enlistment in a month and needless to say those chain of events lead to a minor depressive period.

In such times I often looked to friends and family for advice but mostly they ended up giving me superficial or judgmental advice:

‘Just don’t think too much’

‘You’re over thinking it’.
‘You need to be more spiritual. That’s the problem with you Marcus’

I read the research on psychotherapy, I saw the potential benefits and I jumped straight in. I didn’t really cared about what others would think. Stigma? Good. Unconventionality? Even better. I never bought all that unscientific NLP, superficial self help advice. In fact, I hated it. I need something more concrete, something that is based on the scientific method. Okay, psychology isn’t a hard science. I’m aware of that. However, it’s the closest bet.

I checked myself into psychotherapy at the age of 21. However, in hindsight, I didn’t see benefits of psychotherapy seriously until my third year into it. That was because I went into my sessions with the Mr Know It all attitude:

‘Yeah, I’ve read the research behind it. I know my issues.’

However, intellectualising and/ or verbalising your issues are one thing, but processing and grieving through them is a whole other ball game.

Do You Need Therapy?

Now, if you’re wondering if you are depressed and need therapy, here is a simple, helpful checklist I stole from Mark Manson’s article.

Here’s a catch 22: if you’re constantly desiring to better yourself, doesn’t that stem from the belief that you aren’t already good enough?

Psychotherapy can help you:

There are tons of other benefits, however, these are the main ones that helped me in my life.

Through therapy, you start digging into your past: your emotional development and your childhood. Perhaps you always find yourself in toxic romantic relationships or get uncontrollably angry when someone criticises you on something minor, then perhaps there’s an unresolved emotion or belief there that you aren’t conscious about.

Perhaps, you had an absent father and you’ve been resentful against him for all these years. That unconscious resentment causes you to be lack in sexual confidence with the opposite sex. Maybe, you’ve avoided commitment throughout your life because your ex girlfriend broke up with you over one text message. Maybe you lack confidence in your social life because you’ve been teased and bullied growing up. There may be multiple connected reasons and our psyche doesn’t work like an algorithm… but you get the rough idea. 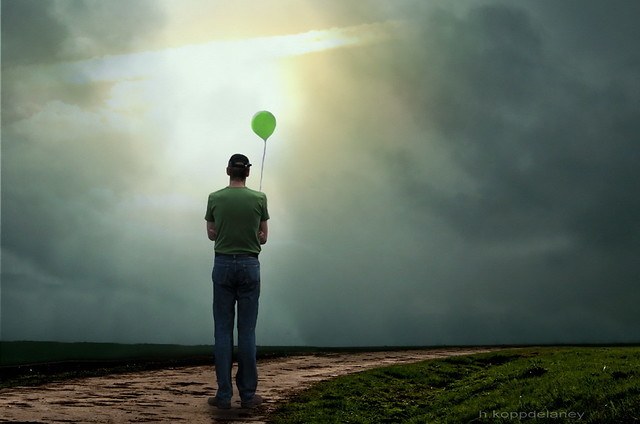 Starting out, I initially thought psychotherapy is a process where go in a room and cry it all out on a couch. However, I eventually found out that uncovering and working through negative emotions such as disgust, shame, anger, rage, ice cold bitterness, contempt and hatred is part of the therapeutic process as well. Psychotherapy helps you process anger and hurt in a safe environment. When you become more aware of those emotions, you are able to exert a great control over your behaviour.

Psychotherapy and the Stigma in Modern Culture

Ironically, the things that matter in life.

I’d even go as far to argue that if I had access to therapy earlier on in my teens, it would do so much better than those boring counselling sessions from the school counsellor (who no one really cared about her advice anyway).

In treating depression through psychotherapy, there’s also difference between being  labelled a ‘patient’ or a ‘client’. The word ‘client’ is often used by psychologists who think of psychological disorders not as illnesses but as problems in living.

Whenever I attempt to openly discuss therapy with my Asian friends, it gets kind of touchy. They are afraid of how going to therapy perceived.

If you think about it, seeking help from a therapist is similar to getting a personal trainer if you’re serious about getting really good at bodybuilding. You’re just getting one for your mind and emotions. I also have adviced friends and clients who face repeated problems and patterns in their life to try out therapy. The majority of them ignored my advice due to the stigma surrounding it. However, if you look at me, I’m probably a pretty alright individual. I travel regularly, dated a bunch of attractive women in my twenties and publish awesome articles like this. Yet, I worked with a psychologist to continue doing so.

Celebrities, multi-millionaires, successful entrepreneurs, athletes, top performing people, musicians, artists and people who are influential in society have used psychotherapy not to merely treat depression but help them with work life performance.

Secondly, if you really are strong or masculine, then if you can’t openly discuss a ‘touchy topic’, that would merely imply that you’re actually weak. I’ve used therapy for years already in my own life and it’s has helped me in all areas of my life from taking steps towards building a business, bettering my academic performance, fostering better relationships with my parents and to building better self awareness.

There’s no shame about it. If you need it, consult one.

The Different Forms of Psychotherapy

Okay, now let’s get to the different forms of psychotherapy.

When most people think of therapy, they think of going into a room, lying on a couch and crying their heart out after some sort of hypnosis. That’s entirely untrue. The majority of therapies don’t involve hypnosis and it’s a two-way interaction between the therapist and the client.

Here are the basic forms of therapy that’s most commonly practiced:

Cognitive behavioural therapy (CBT) is primarily a short term treatment that takes involves challenging one’s unhelpful thoughts and beliefs when facing a difficult problem in our day to day life. This is more surface level and it’s often focused on changing the way you think in a situation.

Acceptance commitment therapy (ACT) is a branch of CBT. It’s focused on being mindful, being accepting of negative thoughts. It does not attempt to directly change or stop unwanted thoughts or feelings but instead encourages you to develop a new compassionate relationship with your negative thoughts and feelings.

College students who sought out therapy demonstrated symptoms such as feeling of alienation, failure to achieve all they feel they should, difficult relationships and general dissatisfaction with their lives. Psychologists often refer to these problems as existential crises.

In the view of humanists, an individual is intrinsically motivated by growth and psychological well being. This differed from Freud’s assumption that a personality is divided into conflicting parts that is dominated by a selfish ID driven by hedonistic instincts and pressed conflicts.

EMDR is a form of therapy that emphasise the role of distressing memories in some mental health disorders, particularly (PTSD). The goals of EMDR is to engage the brain’s natural adaptive information processing mechanisms, hence reliving present systems. It’s used to treat both PTSD and trauma.

There are many other form of psychotherapy, however, I’m pointing out the general ones that most psychologists use.

The Limitations of Psychotherapy

Okay, is hiring a therapist a cure all for all depression and your life problems? No, psychotherapy, isn’t a cure-all. Ultimately, you have to be responsible for your life and problems.

Like all life improvement tools, you still have to take full responsibility for our own issues and problems.

Showing up to a psychologist and expecting him or her to just fix your life is not going to work out. Psychotherapy should be seen as a supplement, as opposed to a crutch.

I would also add that your therapy sessions should be challenging and not fall into a comfortable pattern. There was a period where I found myself repeating myself in 2-3 sessions and I requested for a switch of topics just to mix things up. You can measure the success of therapy by the more number of clients leaving therapy. That means that it’s working.

Note: if you’re looking to better other aspects of your life such as your dating life. Then learning conversational skills such as cold reading and actually taking action are equally if not more important. There isn’t any therapy in the world can get completely rid of your social or romantic anxiety. You’ll still have to put in the work, go out and take action.

You got to treat hiring a therapist like hiring a trainer for you. He or she is there to spot you, however, you need to do the heavy lifting yourself. They are not there to be your friends or completely validate your problems. The more people are leaving therapy, the better it is. That means that it’s working. They are a professional service: to help you facilitate and offer you emotional insight at your current problems.

There are influential reads that led me to take psychotherapy a lot more seriously: The Body Keeps the Score by Bessel Van Der Volk, and Drama of the Gifted Child by Alice Miller. They are written by clinical psychologists. These books gave me insights into how psychoanalytic repercussions can run deep and you can’t exactly ignore them.

This may sound far reaching, but I believe that everyone, rich, famous, successful or not can benefit from some form of therapy of another. You may be good at academics but shit poor in your relationships. You may be good at fitness but overspend your pay on the weekends. There’s always a behaviour that you can seek to be more in control of.

My personal belief is that hiring a therapist and using it as a tool is going to be the norm half a century from now. In my own life, I’ve seen considerable improvements and I consider myself a successful client.

Denise D. Ben-Porath, (2002). Stigmatization of Individuals Who Receive Psychotherapy: An Interaction Between Help-seeking Behavior and the Presence of Depression. Journal of Social and Clinical Psychology: