I found fame, fortune and life partner –Kevin Chuwang Pam 9 Things you should know about Uti Nwachukwu Did you know that the actor who has a BSc. in Computer Science and Education once worked in a bank? Here’s a list of things about him.

Olowu Bardia Adebola, also known as llrymz is a Nigerian television host, radio personality, producer, event MC and former model. The entertainer describes himself as “super shy”, he explains, “I think people think I am arrogant but I am actually the simplest guy.” He later adds, music is my first passion so I will make a onetime only album.”

The Persian Nigerian has been in the industry for about ten  years. He started off as a model. He describes his first few jobs, “I made my first million with Coca Cola, I did some ads for Coke Nigeria. Then I worked for a company named MTech, one of the first value-added companies in Nigeria… then Vibe Weekly, we started the crazy ringtones…that was my first job and I earned 30k, I did that for about three years.”He went on to work for several companies including being the co-host of Soundcity, Nigezie, Star Gist as well as being the host of Nigerian Idols and Coke Studio Radio.Recently, he stepped into the Nollywood scene briefly, he runs a new club, 1089 and is the CEO of his media creative content company and he created a news page on Instagram called Selfienews. Finally, we can’t forget to mention that Illrymz also works for BET Africa where he has interviewed the likes of Queen Latifah and Jada Pinkett Smith.

He wears so many hats but yet, when asked where he would place himself in the industry, he says, “I am just Illie”. Guardian Life caught up with the presenter and businessman who talks about his journey as a “Light skinned boy” in the entertainment industry and reveals the future of his media company.

Growing up in Nigeria

Being half Nigerian and Persian, Illrymz describes himself as “The official Lagos boy.” He explains, “I was born and bred here…I went to high school and university in Nigeria. When most of my friends move back here, I’m the go-to guy.” Although he experienced being teased for his light skin as a child, he talks about growing up in a typical Nigerian household.

Nigeria used to be a bit funny back in the day, so kids used to sing “Oyinbo pepper,” but I grew up like everybody else eating amala. I remember growing up had isiewu and I ate the eyeballs and I threw up for about a week.

Going to UNILAG was the most humbling experience for me because I actually didn’t want to go to school, so I decided to go to school here. When I was in UNILAG, I was with Soundcity and I was one of the first people that was really pushing that urban movement back then.”

“If you look on my  social media,

you don’t see any flashy cars

because that’s not how I want to be perceived” 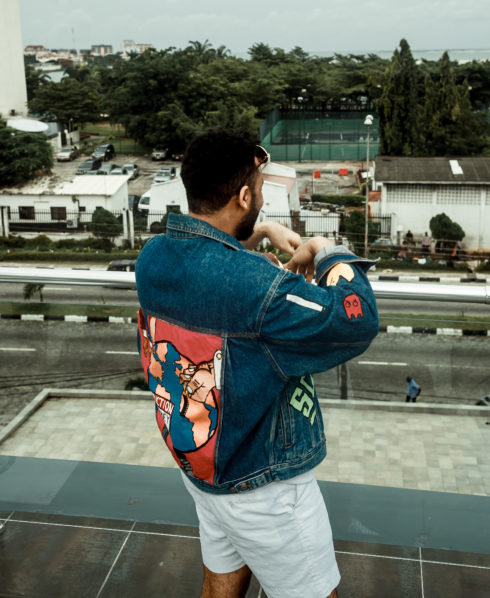 The presenter never intended to be on TV.  He explains, “I went on to do television by accident. I went to pitch to a show called Nokia First Chance before Nigerian Idols started which was the first reality music show.”

Illrymz also shocked us all and himself, when he decided to play the leading character in the web series, Our Best Friend’s Wedding. His character, Charles can be described as a playboy who finds out that his mother is dying. In order to please her, he goes on a journey in search of the perfect bride. According to the entertainer, “It was unplanned… I was looking for ways to reinvent myself on TV.”

You are the leading character in Our Best Friend’s Wedding, tell us about your role?

This is my 10th year on TV and I decided to do this web series called Our Best Friend’s Wedding, which was huge. A lot of people think that’s my true character, the playboy whose mum has cancer. My mum doesn’t have cancer, and I’m not really a playboy but I have been blessed to have the opportunity to play this role.

Are you transitioning into Nollywood?

No! It was unplanned, they asked me to come in and I wasn’t supposed to be acting because I am a presenter, it’s not what I do. I was looking for things to reinvent myself on TV. 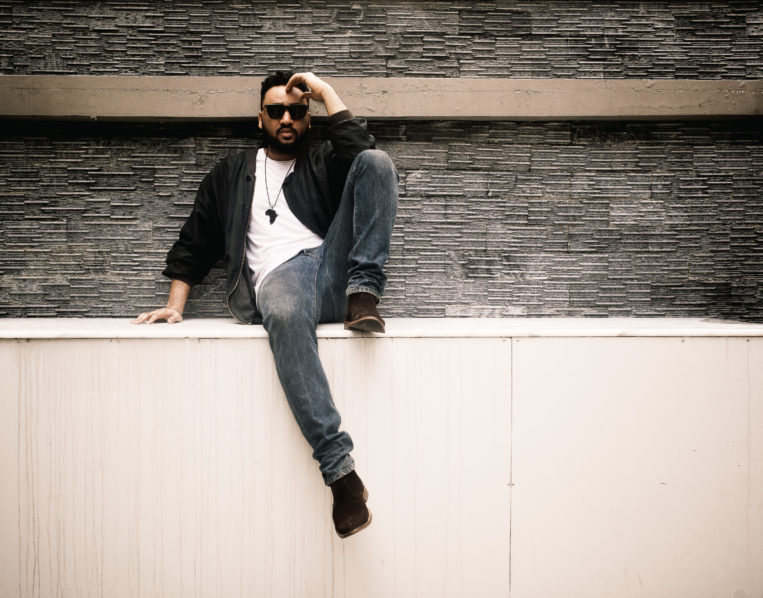 Was it difficult for you to get into character?

Life is so intertwined because I am a producer, and I produced the Indomitables. My company and my brother’s company did that. He created the characters, I did all the audio and we did it in the studio and animated it in India. So, I already know how to put people in character, it came naturally for me because I like telling people what to do. It’s like being on stage when you’re presenting, you’re in character.

Believe it or not, there’s such a thing as “the light skin bad boy” stereotype in Nigeria. Illrymz describes different scenarios where he had been judged for being light skinned, particularly with the ladies. He talks about an experience he had in UNILAG when some girls saw him walking on the street and felt sorry for him because they never imagined a “light skin” guy trekking. He expands further on the topic when he says, “We live in an environment that is super materialistic, but I need to identify with how I want people to perceive my brand. That’s why if you look on my social media, you don’t see any flashy cars because that’s not how I want to be perceived.”

When asked about his “bad boy” persona, he says, “I do get that whole…Illie has like a hundred girls because I’m light skinned. Imagine when I go up to a girl and say “Hi, how are you I think you’re cute” and they say, “Oh Illie, you’ve got like a hundred girls.” And I’m like how do you know my name? Then they flip on me… and all I said was hi!”

After working in the entertainment business for about 10 years, Illrymz has dabbled into different businesses. When he’s not presenting, acting or producing, you can find him at 1089. He says, “I don’t sleep, I sleep at 4am every day so I might as well be out Thursday to Saturday making money.”

If you’re into the Lagos nightlife, there’s a chance that you’ve come across 1089 the “New York” inspired club right by Casper and Gambini’s in VI is pretty high.  While running the club takes up a lot of time, he is also working on building his media company, which will focus on content for kids.

It’s a lifestyle. I spent a lot of money in other places and I want to make some money back. I just wanted people to come and have a good time, I wanted a New York styled club where everybody looks good and stays fresh.  I am really excited about the direction of it. Akon is shooting a movie there as well. It’s a lifestyle, so if you want to have a good time, come to us. Let us create an ambiance that is nicer and bigger, somewhere you don’t have to smell of smoke when you’re going home. 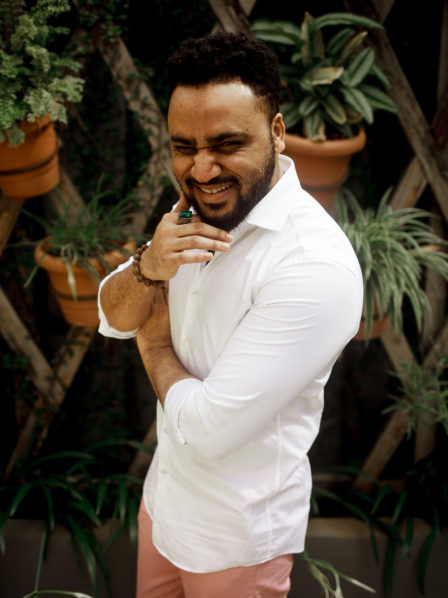 I make a lot of content and I am tired of looking for places to keep my stuff, I am creating a channel called the C channel. The C channel is contagious TV that will have a bunch of TV series and shows, I will create and put it on my own platform. I am also creating a channel called Toon World, which will be content for kids; the future of the company will be for kids. There is nothing out there for kids. We just finished a few things on classic Nigerian songs for kids.