★ Advertise and Sell your Products, Merchandise, Music, Videos & Get promoted by the ★STAR★ Call to Place your advert on this Channel★
I go Dye: The fabulous lifestyle of a comedian Exclusive Details on Nigerian Comedian & TV Host Teju Babyface Oyelakin’s Forthcoming Wedding to Model/Beauty Queen Tobi Banjoko – Their Love Story! The Dress! The Cake! Only on BN

Ace comedian, Teju Babyface who recently got engaged to his fiancee, Tobi Banjoko, is one of the few successful comedians in Nigeria.

Sitting atop his popular TV comedy show, The Teju Babyface Show, Teju draws old and young both inside and outside the entertainment industry to his platform, making his show rank as one of the nerve relaxing shows on TV.

Here in this chat with OPEOLUWANI AKINTAYO, Teju talks about growing up, school, comedy, his kind of woman, church and many more.

It was good. I grew up in a Lagos where my parents were used to host and attend all night parties

No. But it was a norm in those days that if you organize a party and there isn’t a night party then, the event isn’t complete yet. In fact, it got to a point in the early 90s and that people would specifically write on their invitation cards that “no night party”. So, it was fun growing up.

What were those things you did while growing up that gave an insight into what you’re into today?

I used to talk alot. And no matter what my position was in class at the end of the term, if the word talkative was written on my report card, I’d be in trouble with my father. 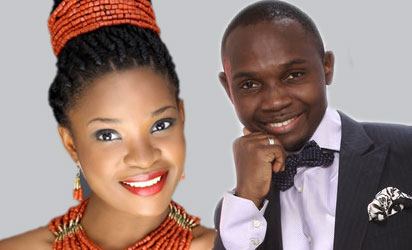 Why would you imagine that?

Because for your stature to be this small at this age then, you would be smaller at that time and you mates would tease you with it

Ironically, I was like all of my mates. I wasn’t shorter or in any way the shortest. You wouldn’t have been able to pick me out as being disadvantaged among my peers. It’s just that I just stopped growing at one point- I think around age sixteen.

Were you still in secondary school then?

I was already out of secondary school. Even in secondary school, I was average with my mates and there were the smaller guys. The irony of it is that a lot of those small guys ended up growing bigger than some of us. And those of who were average ended up being the way we were. So I wasn’t short I had nothing to cope with unlike Akeem Abayomi and Yemi Kukoluyi and a few other guys.

Does comedy run in your family too?

I don’t really talk. My being a talkative as a child was as a result of me trying to find a medium of expression for myself. But I think I took after my father because he talks a lot.

What stood you out during your university days?

I joined the theater while in school but then, I was in a movie, Diamond Ring. Eventually, I also started doing comedy. So those stood me out in school.

How challenging was it combining academics with those extra activities?

It was that challenging that I had an extra year.

How did it happen? 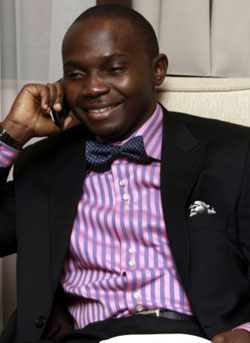 And how did you feel when you realized your colleagues left you behind in school?

I didn’t feel anything. Okay sincerely, I felt bad and my parents, especially my father kept lamenting about it till the day he died.

You studied Insurance but ended up doing comedy. Why that decision?

Well, the idea was to get a job and do what normal people do but it didn’t turn out that way

Was it that you couldn’t get a job or that you didn’t look for one?

I never looked for a job

And what was your father’s reaction to that?

Things worked out themselves in a funny way because I started doing comedy right from school. And I also had an extra year. So during that time I was using it to focus more on comedy because I couldn’t look for a job because I wasn’t a graduate. After graduating, I went for my NYSC. As I was waiting for all that to happen, I was already into comedy and making more money that those doing white collar jobs. So there was no need to go look for your job.

Your show, Teju Babyface show, it’s quite distinct from all others because you’ve brought more celebrities even outside the entertainment industry on it. When did that idea come to you?

I’ve always loved the Johny Carson show. So it was the combination of many things. So I wanted something like his show, something that ‘ll give me a platform and stand me out. So that was how it started.

How easy was it getting sponsors for the show?

It’s not so easy and we’ve not got many sponsors as such because we’ve not yet broken even as we would have loved to.

Do you mean you run the show with your own money?

Initially, yes. And even now, 40% of the money is mine. That’s why I said we haven’t broken even yet, we’re still running at a loss. But quality are quality jobs. When you do something that’s worth people’s time, they’ll watch you. For now we have partners. So we hope to work more so that we would get more sponsors to fund the whole of the programme.

These days, you don’t do stand up comedy again. Why?

I do it once in a while for my friends and to support other upcoming comedians. But it’s not just in the primary part of my vision and nobody is a career standup  comedian anymore.

But you started with it

of course. It’s a means to an end and not the end itself.

The society has given you much and they expect much in return. What’s your plan?

I think it’s God that has given me much and I owe him much. Maybe the society should expect much from the politicians who have taken much.

What I’m saying is that you are now blessed and well known. How do you hope to help others?

The issue isn’t about me being popular. There are people who are well known but I don’t want to be like them.

I can’t mention their names. God has given me opportunities and even if he’s blessed me, I don’t see it in terms of material possession. I can only give back to humanity by pursuing those things God asked me to pursue.

But when it comes to giving back to the society in terms of material things, for me, it’s neither here nor there. You can steal all the money you want as a politician and build schools everywhere- does that justify your criminal act? But in pursuing your destiny and you bring happiness to people, I think that’s enough.

What if a hungry person comes to you for help. Does that mean you can’t give?

You don’t have to be led by the society to do that. It’s what everybody does every day and I don’t have to feel that I owe someone a debt before doing that.

So since you became popular, what has changed about you?

Nothing has changed about me.

In the past, I like to urinate by the bush whenever I’m traveling. But now, before I do that, I’ll make sure the doors are covering me so that no one suddenly comes and take a snap shot of me while urinating. I also used to go to bukas where I’d hold out my plate and would stand on the cue to buy food. But now, I  still visit bukas but I can no longer hold out plates and stand on the cue. What I do is to go there with someone who would do that for me and then I sit and eat inside the canteen.

Are you sure you still visit buka?

Those who know me well know I still do. I don’t feel like a celebrity because I still have a long way to go in achieving my dreams. So I don’t allow my present little status to affect my life. We intend to establish the biggest entertainment outfit in Nigeria- it’s going to be anything entertainment.

You’re getting fatter. What’s the secret?

I don’t think so because I can’t see that I’ve added weight. I still wear the same clothe size. It was just this morning that I was telling my fiancee that I would give out a suit because it was too big for me. I used to weigh 77 as at last year but now I’ve dropped to 74.

Entertainers are known to like ladies a lot. What attracts you in a lady?

I like beautiful woman because I’m moved by beauty and I have been fortunate to have made acquaintances with many of them. However, I find out that after being attracted to you, there must be a level of corresponding beauty inside you. I like a woman who can roll with the punches. I like a patient woman. I don’t like women who are contentious and easily jump into conclusion.

Is that what attracted you to your fiancee?

I like that she is beautiful. She encapsulates a regal and doesn’t shrink under pressure

Do you mean she had other lady contenders who wanted you?

If you’re a man and you have four women you want to chose from, it means you haven’t got it right yet.  The thing is to find that one person with whom you agree on most issues of life. And when you find that one person, you’ll be he most happiest man.

Was she one of your fans?

So it means you met her on a neutral ground?

Yes. We met at several functions but at that time, we didn’t see each other as such because we were both in different relationships. But later when those relationships broke up, I met her again, she was single and I was single. So we started dating.

Did she prove hard to get?

I’m usually lucky not to come in contact with ladies who prove hard to get. So she didn’t give me any stress. We became friends and things worked out naturally. Later on, I proposed to her and she said yes.

You talk much about God, do you go to church?

Which church do you attend?

A lot of celebrities attend that church. How do you cope whenever you attend church services with all those beautiful ladies there?