I Vowed To Marry Any Woman That Got Pregnant For Me – Film Producer, Fidelis Duker Nollywood Actress, Clarion Chukwura Reveals Why She Did Not Abort Her Son

There are two famous Nigerians who go by the name Praiz.

One is a singer renowned for the hit song ‘Superstar’ while the other is a panache-filled sports presenter whose delivery is so smooth and sleek that it’s hard to spot a fault in his presenting. 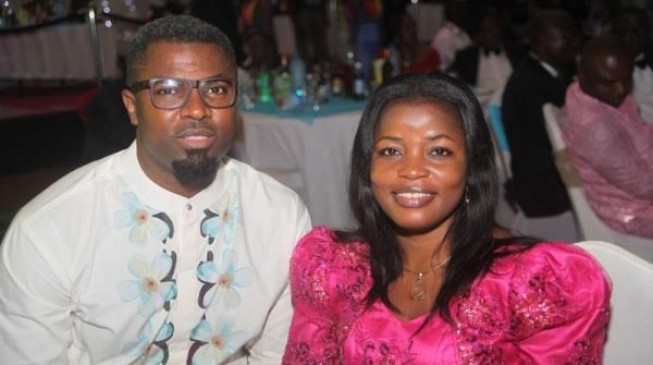 Mozez Praiz’ passion for his craft is unmistakable every single time he appears on television to present his weekly show about the Nigerian League – ‘Naija Made’.

Regarded as one of the most recognised sports personality on African television, Praiz has built on the success of Naija Made, to launch Africa Sport On, a new show that is already pregnant with promise.

Being with Supersport since inception, a regular coverage of sporting events across Nigeria as well as his good looks and charm, has endeared him to many admirers, mostly female.

TheCable recently had a sit-down with Praiz to converse on the huge challenges associated with covering the Nigerian league; married life, his career thus far; the peculiarity of his name and many more interesting topics.

I wouldn’t know how to quantify this rare privilege, but I’m ultimately thankful that I get to build a career via this powerful brand called SuperSport.

NIGERIAN TO THE CORE

I love to see any and everything Nigerian do well. There’s a stigma about us that is so negative and that nothing good can come out of us. I hold a different opinion and it’s expressed in the Nigerian premier football league. That’s why I don’t have any team I support in Europe or anywhere else. I support the Nigeria league through and through and want to do all I can in anyway to see it rise to a credible position. I want it [to be] better than the good old days. I want it to become the destination for foreign players to ply their trade in and prosper career-wise and financially.

The logistics of covering live games itself is so challenging because of the structure of the country. [We have challenges] such as road network, flight issues and not forgetting the league body trying to keep things steady and stable. We haven’t allowed that to deter our commitment as a company. We are here for the long haul and with cooperation of the league administrators and stakeholders, we will see progress. The show Naija Made is one of the ways we see ourselves creating a global appeal and identity for the NPFL. I have the singular honor of working with some of the best hands and heads in production and punditry. Its appeal on the continent is quite appreciable and we hope this continues and of course our league is better off for it. 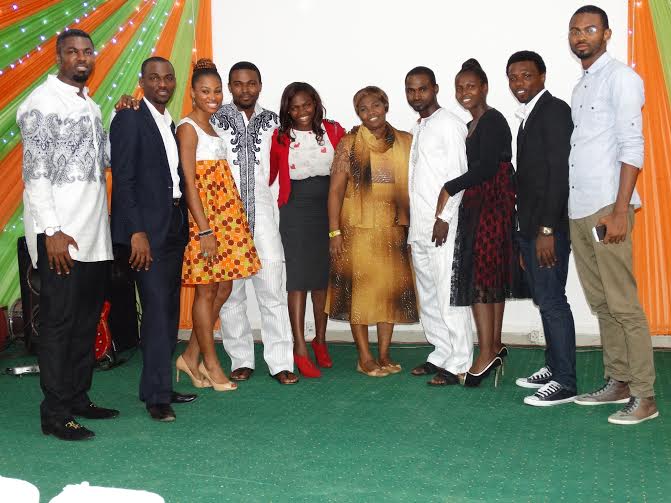 Praiz with his mum and siblings

Fortunately, it’s just 3 days of the week, then again its the issue of my frequent travels to cover NPFL games around the country. So, I used the opportunity while the league was in recess learn and train young fellows on ethics of broadcasting, so you don’t have a bunch of overzealous journalists who think they have an “opinion”, but aren’t trained on how to deliver such opinions. This I have been doing for over three and half years now. So, in my absence, they run the show and they’ve gained acceptability from the listeners which rocks.

I modeled actively for years here and in South Africa. I was on the runway after 7 years. I’ve always been a fashionable person, but I’m crudely casual and like been so. I don’t want to call attention to myself that’s why I tone my dressing down most often.

I don’t see female admiration as a distraction. I’m barely out for social reasons. I’m very homely, so it’s only if I’m out there in the public glare that one can get into trouble. Again, my orientation is very different. I have utmost respect for the opposite sex and that is seen in how I perceive and treat them. I have two daughters, so I’d expect them to be treated as queens if you catch my drift.

I believe she’s learnt over time that we may not have as much privacy, mostly when we are out, but we have our moments, no doubt. And when I’m with her, I try to minimise the distraction as best as I can. My family is sacred and I won’t want unnecessary attention on them. 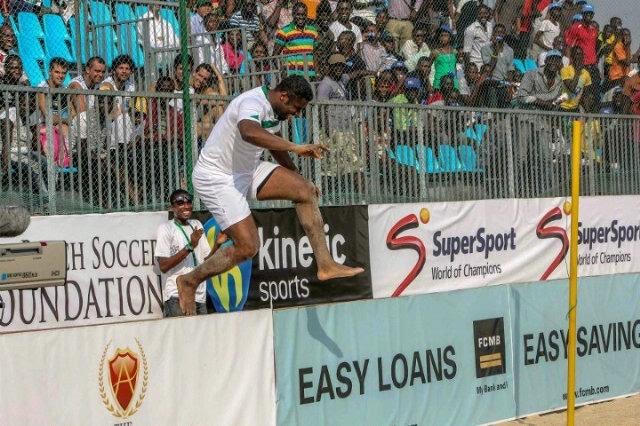 Praiz trying to be a beach footballer

My wife is very reserved and homely. She’d rather be home than hang out (that is not to say she doesn’t hang out at all). She is awesomely beautiful and very intelligent. We met in my church. We were members of the youth group called the Resource Interlink. Before you ask, I attend The Resource church. We dated for almost 2 years before we got married in 2006. We have two daughters aged 9 and 7.

WHAT’S IN A NAME?

My real birth name is Mozez Praiz. You should all get used to it, you know. I know a lady named Mary Drinkwater. I dare not ask why she has a surname as “Drink water”. It’s my name, not a stage name, not an alias, but my name. I can fax you my birth certificate if it’ll clear the matters. And it’s not true that I am not a Nigerian… I am Nigerian through and through. I am one person that does not go with the norm. I love standing out. It is pronounced M-o-z-e-z and not Moses. I don’t like norms. That’s just me.

ROLE AS A FATHER

I try to create time for them. When I’m around and not globetrotting, I take them to school and we chat. When I travel, we talk on phone and just catch up. They even call into my radio show at times. And once a while I take them to the radio station and we hang out after that.

Oh my! I had a very humble beginning. As the first of nine children, feeding was hell. After I left secondary school, I worked at a car wash, sold chin-chin and detergents for my mum on the streets, aside other menial tasks that I got paid for, with food.

So forget whatever millionaire story you heard. My beginning was pretty tough, but it’s a process that I’m grateful to God for. It instilled a lot of values and principles in me, a few of which is to never be wasteful and most importantly gratitude.

I studied mass communication at the Polytechnic, Ibadan. I did some courses in cinematography, editing, set design at ITPAN in 2001.

It started in an interesting fashion. I was part of a reality TV show and the head of the production team told me they’d like to have me on board when the project they were in kick started (SuperSport). I joined SS as Production Coordinator, moved on to be a Floor Manager and when the Presenter then got promoted, I got moved on to being a Presenter. So, I started swimming in the deep end of the pool.

Basically, I am very conscious of what I do. So, when people say I am a shy person, that’s just inconclusive. Yes, I am a shy person but I know how to comport myself at every given circumstance but you can’t find me blabbing about everywhere.

What is interesting is how I have gotten off Naija Made. September 1 was when I started Africa Sports On; I haven’t watched Naija Made since then. Not that I don’t want to watch it but because I have a radio show that runs almost the same time Naija Made is shown.

Like I said, it was a management decision and I was told there’s going to be a new show –  for the very first time, we were going to have a multi sports show coming out out of Sub Sahara Africa.

Management thought that with my nature, I have the personality the show needs, which is why they said I should handle the show. It was not easy, no doubt.

It’s very tasking because it is a new show and I am trying to sell it to people. It was a new challenge as Naija Made had become my comfort zone. I knew everything about the show because I was so into it.

To run the show, I could close my eyes and do it but now it is a new challenge, an absolutely good one. And with my extroverted nature, it goes a long way to add to it.

With Africa Sports On, I can’t just say I am solely a football person. I am cutting across all other sports. As I speak to you, I am at the IBB Golf club in Abuja covering the West Africa golf tour. I am becoming more diversified, I’m spreading my wings.