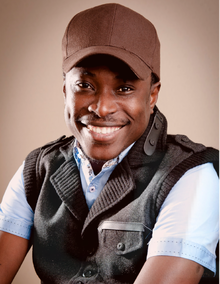 Jeta Amata is a Nigerian filmmaker, born on August 21, 1974, to popular Nigerian actor Zack Amata. He comes from a family of veteran filmmakers including Ifoghale Amata, Zack Amata and Fred Amata. Growing up in the film industry, following his family’s passion for film, Jeta produced and directed his first film at the age of 21, making it no surprise when he began to rise in the world of film and entertainment.

His work first went global when he produced a documentary film for the British Broadcasting Corporation (BBC) in 2003 using his film “Game of Life” as footage for the documentary. He holds 53 nominations and 10 wins for film awards in Africa, Europe and the United States, and is considered one of the most successful filmmakers to come out of West Africa.[citation needed]

Debuting his movie Alexa Affair at the 2004 Berlin Film Festival would establish him firmly in the minds of Nigerians, Africans, and the world as a renowned and respected Nigerian filmmaker and a true Nollywood success story who tells only stories that impact on people positively.

Amata’s film The Amazing Grace, which won the Best West African Film Award in the 2006 Screen Nations Awards UK, holds the honor of being the first Nigerian film to be screened at the prestigious Cannes Film Festival. It is the only Nigerian Film that has had a western release and it can also be found in American stores and on websites such as Netflix.

Soon after, Jeta would be recognized for such movies as Inale and Mary Slessor.

Amata’s latest film Black November was premiered at the United Nations during the General Assembly in 2012 and was also screened at the Kennedy Center as well as the Library of Congress in Washington, D.C. The film inspired sponsoring of a bi-partisan resolution on the Niger Delta of Nigeria members of the 112th United States Congress, H.CON.RES.121.

Amata had screenings of his documentary Into the Delta, on the situation of the Niger Delta, shown in nine universities in the U.S. including NYU, George Washington University, UCLAand Cornell.

Recently, the President of Haiti, Michel Joseph Martelly, made Jeta Amata a Goodwill Ambassador to Haiti.