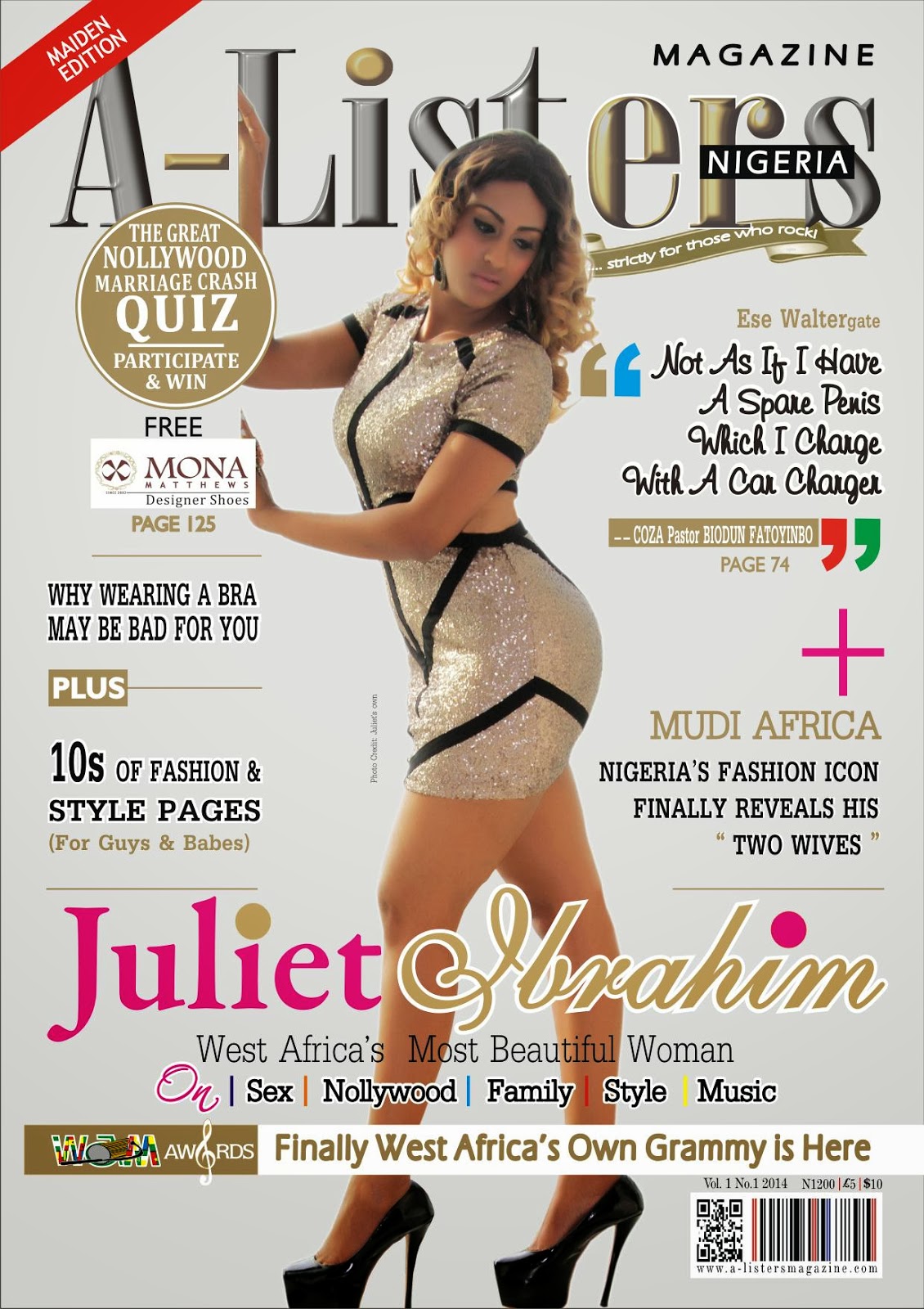 For the maiden edition of the lifestyle publication, Juliet Ibrahim strikes a sexy pose as West Africa’s most gorgeous in a grey sequined mini dress and black pumps.

According to A-Listers entertainment magazine, the actress hit the mark for her curvy shape.

The mother of one covers the magazine’s maiden edition where she talked at length about her family, music and her fashion style.