★ Advertise and Sell your Products, Merchandise, Music, Videos & Get promoted by the ★STAR★ Call to Place your advert on this Channel★
‘I am Nursing a Political Ambition’ – Osita ‘Paw Paw’ Iheme Reveals in New Interview Yemi Sax speaks excitedly on the joys of marriage and fatherhood

Malala Yousafzai was just one of 13 women honored at Glamour magazine’s Women of the Year awards Monday night, but it was clear she was the center of the show.

The 16-year-old was recently nominated for the Nobel Peace Prize after being shot and nearly killed last year trying to attend school in her native Pakistan.

Since then, Malala has continued to be a champion for women’s rights to education. 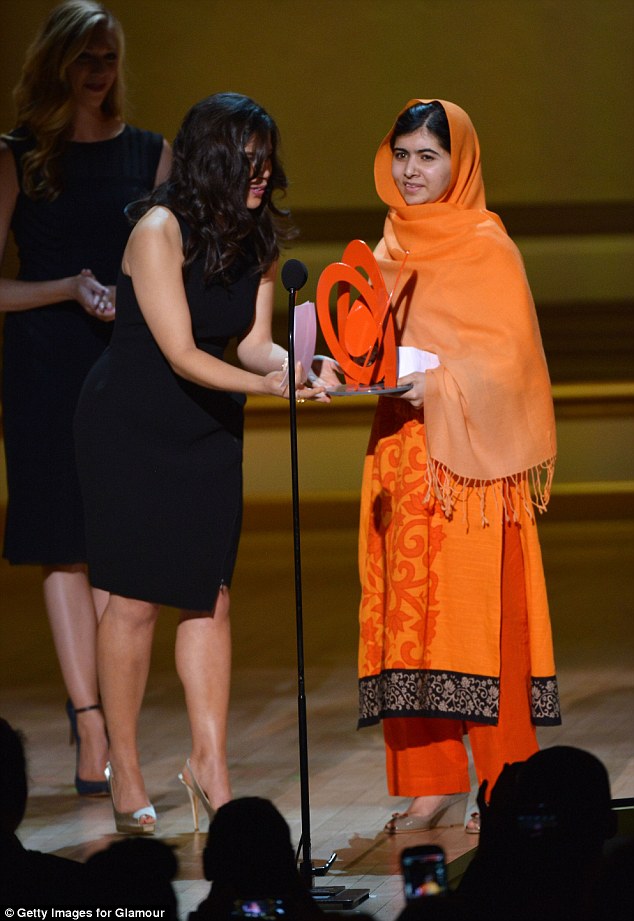 When Malala stepped onto the stage to receive her award Monday night in New York City she said: ‘This award is for all girls speaking up for education’.

One of the event’s other honorees, December cover girl Lady Gaga, praised Malala later saying: ‘Everyone deserves to be on the cover, but if I could forfeit my Glamour cover, it would be to Malala.’

During the event, a video was played which showed female students at her new namesake school thanking Malala for sacrificing her life so they could have an education. 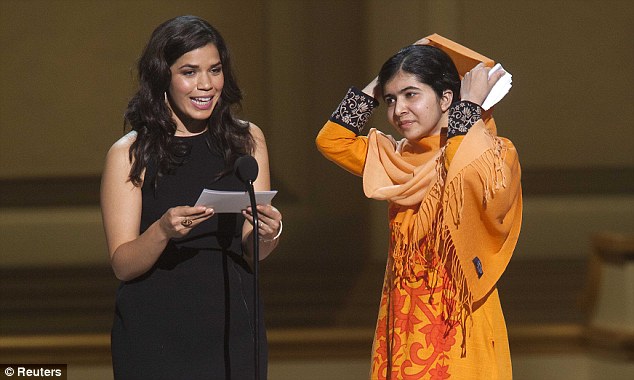 Survivor: Malala was shot and nearly killed when she attempted to go to school last year in her native Pakistan 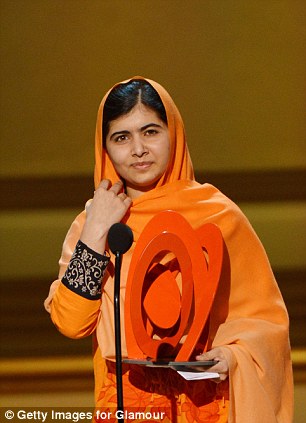 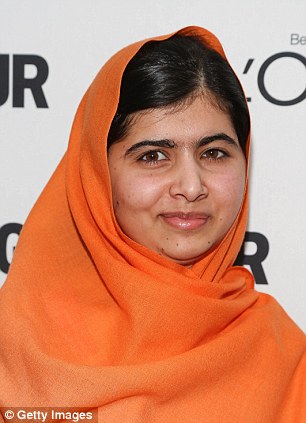 Doing good: The proceeds of the magazine’s Women of the Year fund will benefit Malala’s charity – The Malala Fund

The proceeds of the magazine’s Women of the Year Fund will benefit Malala’s charity – The Malala Fund.

Also honored at the event was former-congresswoman Gabby Giffords and her husband astronaut Mike Kelly.

Giffords is the survivor of an assassination attempt herself. She was shot in the head on January 8, 2011 in her home state of Arizona

Giffords was a previous Woman of the Year recipient in 2011, but since she couldn’t travel then, her husband accepted the award for her.

The two were named Glamour’s Couple of the Year for the support Kelly has provided his wife as she’s recovered from her injuries.

‘They were two halves that became whole when they met,’ friend and Congresswoman Debbie Wasserman Schultz told the magazine. ‘He’s her rock, her quarterback. ‘ 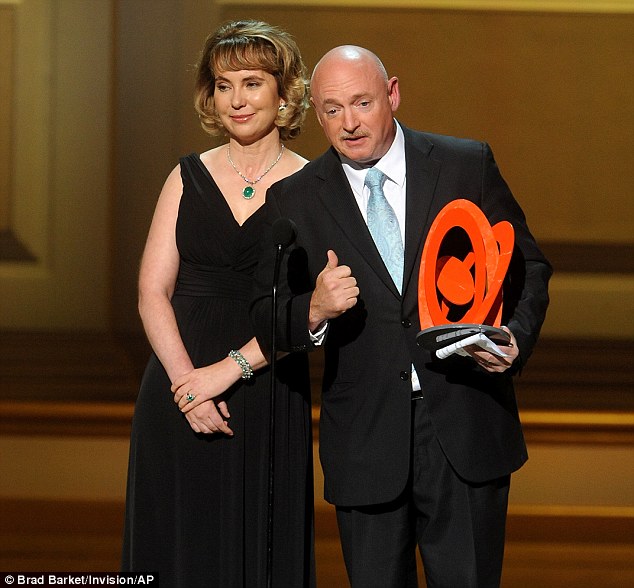