BY CHIDERA MUOKA19 NOVEMBER 2017
It is almost impossible to talk about Mr P without mentioning the now-defunct P-Square. From their first hit single, Senorita, to Nobody Ugly, the twin duo sold-out world tours, with a cult-like following, on whom they had a Michael Jackson-like effect. Nobody saw the breakup coming. But like the mythical phoenix, Peter Okoye is rising from the ashes of the past. 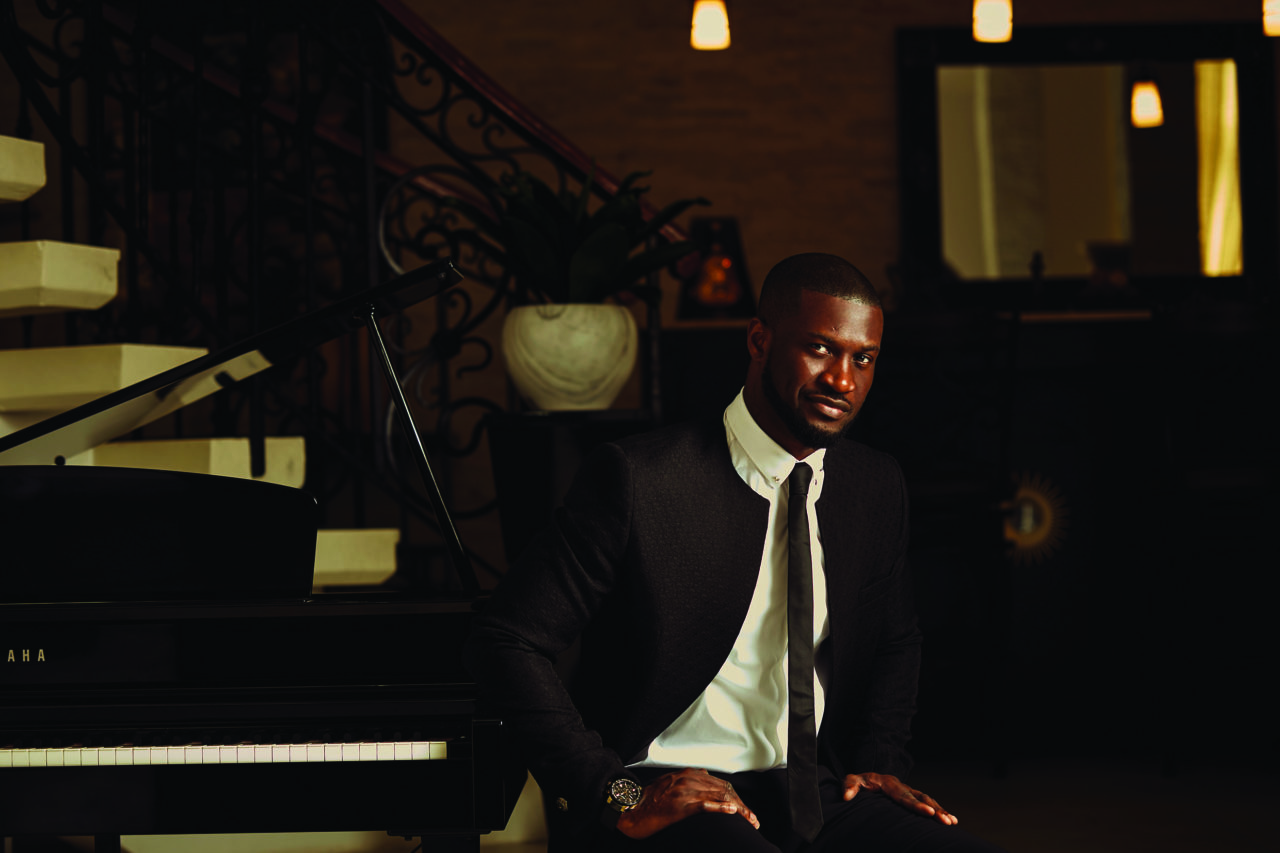 The birth of Mr P

Ask him who he is, Mr P describes himself as, “a singer, dancer, entrepreneur, and 100% entertainer.” And he is quick to add that the name Mr P has been in existence even while he was in P-Square.

“If you look back to P-Square’s first album, I’ve been known as Mr P and my twin brother is known as Rudeboy. If you watch the video for Collabo, I had Mr P on my shirt. Even before we chose the name P-Square, in school at the University of Abuja, everyone used to call me Mr P.” He adds as a matter-of-factly, “Actually, the name Mr P started existing before the name P-Square, but as an individual.”

In spite of popular opinion that the break up of P-Square kickstarted his solo career, Mr P points out that it “actually started out 100% four years ago when we all agreed that we can still be together and do our separate stuff.” He, however, acknowledges that being solo implies more hard work. “Every day I jog on the treadmill with an earpiece and I record myself. When I’m jogging, I’m singing and it’s like I’m performing and I track myself. Two months ago, I couldn’t do one hour, now I’m doing one hour, thirty minutes.”

Starting out in a group and heading out by yourself can come as a shock to some. But for Mr P, the freedom and responsibility that comes with making career-shaping decisions are gratifying. “I can tell you, when I want to take a decision, I take it knowing that whatever happens, if I am going to regret it, I’d regret it. If it’s going to work out well, it will work out.” He goes on to say, “ I hate indecision and I hate to be blamed for other people’s ideas and decision.”

Regardless, there is an acute awareness of the fact that being alone has foisted on him more responsibilities.

“The only thing is that I have to do more. Then (while part of a duo), when we were doing a song, I know I (only) have to do the first verse. But this time around, I have to start and finish. Before now, (while performing) on stage, I’d usually have time to go and chill a bit after dancing, while my brother is on stage. But this time, I have learned to do it all myself.”

More than a dancer

As part of the defunct group, Okoye was the dance lead. Breaking out as a solo artist means he has to prove to his fans that he is more than a dancer. And he has, relatively, proven that point with the release of his single, Cool It Down. “I don’t want that song to be a typical afrobeat song…50% of P-Square fans don’t believe I sing. But now everybody is quiet.”

He describes his career climb as “taking it one step at a time.” He goes on to say, “Whether you like it or not, with P-Square, I’m already there. But as Mr P, all I owe myself is to correct some things they (fans) have about me.” 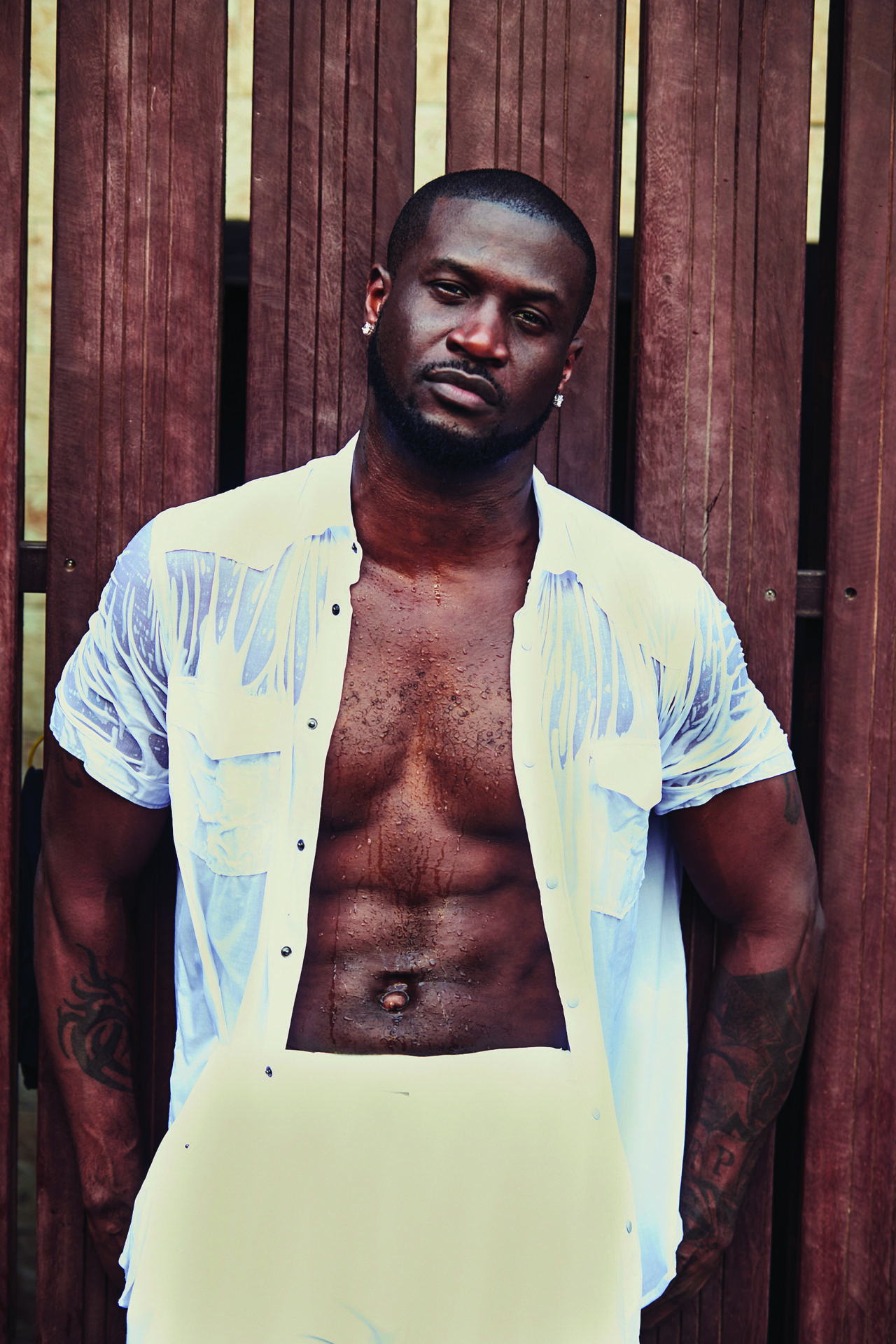 Is he under pressure to prove himself as a talented singer? No, he says. He acknowledges that the talent to do big things is always there and he was deeply involved in the creative aspects of productions as a member of P-Square.

“Everything I am doing now is the same thing I did for the group,” he notes. “In fact, most times, I played a director’s role, but it’s not really my thing. For the tracks, Alingo, Personally… I will tell you that I directed, costumed and choreographed those videos. The only thing I did not do was the role of the DOP.” Now as a solo artist, the need for perfection has not been lost on him. Every song “must be done right.” And he’s immersed himself in every aspect of video production. “For my new video, I was with the director for 24 hours last weekend. I love things done properly,” he says.

Although he has faith in certain people like Don Flexx, his lead dancer, and his producer, but ultimately, he makes the final decisions. “I must be there because I can’t take it back once it goes out,” he says. 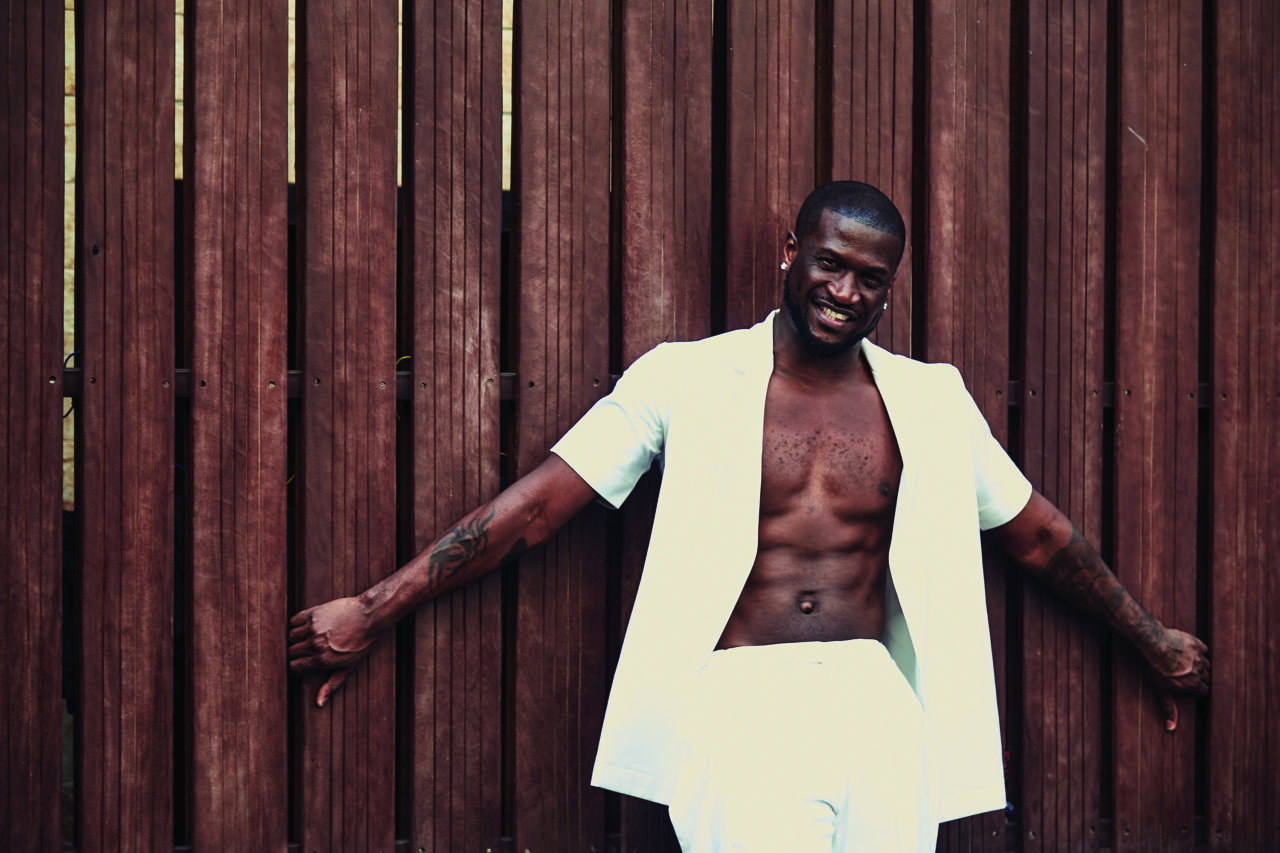 But it has not been all hard work and no smiles for him. From the moment he announced himself as a solo artist, he says, he got fully booked “in less than three weeks.” “I just came back from a tour. I did 13 cities in the United States, all successful.” And he’s already getting booked for December shows and eagerly waiting to embark on a European tour in 2018. “I am looking forward to doing a proper show for the people where I can show them I am a new person entirely.”

Following his single Cool It Down, which has hit over 1.2 million views on YouTube, he released another on November 18th, his birthday. “The reason why I chose November 18th is that, from that date, I’ve graduated from being an upcoming (solo) artist to an established artist.” And there is another reason: “It’s MY birthday. the fact that I have a twin does not mean that I don’t have a birthday. That very day, as soon as they (fans) are wishing me happy birthday, I am giving them good music.” 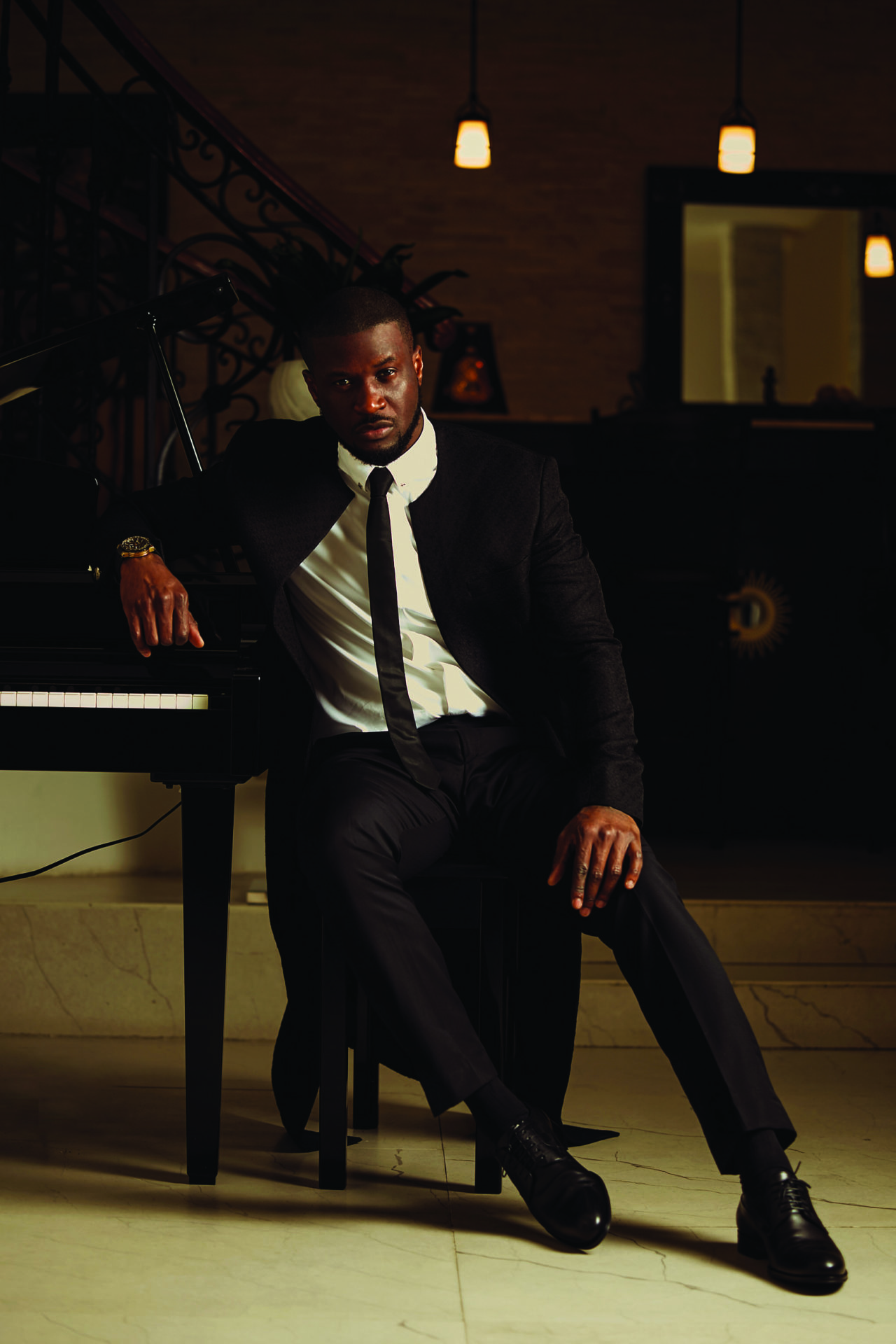 The journey as a solo artist is one of the “most exciting things I am experiencing,” he points out. His single being well-received means he is having “a great beginning so far.” But there are fans who still yearn for P-Square. About them, he says, “the fans have to get used to it. I still get messages from people saying we should try and make it work. We can make it out as brothers but with the (family) business, I’m done.”

On a lighter note, he says, “There are more problems than P-Square in Nigeria. The only thing that is giving you joy is music and I’m giving you the good music.”

Okoye’s spat with his brothers, Paul and Jude, is well documented. But he still cherishes his family. “Family is everything o!” Assuming a more serious tone, he says, “Immediate family first! My wife, kids, every other thing is extra. For me, being a family man, I don’t joke about it… I’ve said it earlier and I’d say it again, if you are feeling sad that I am standing by my immediate family, don’t buy my music, don’t even bother listening to my songs…Whether we like it or not, there was family before P-Square. P-Square will go, but the Okoyes will remain.” 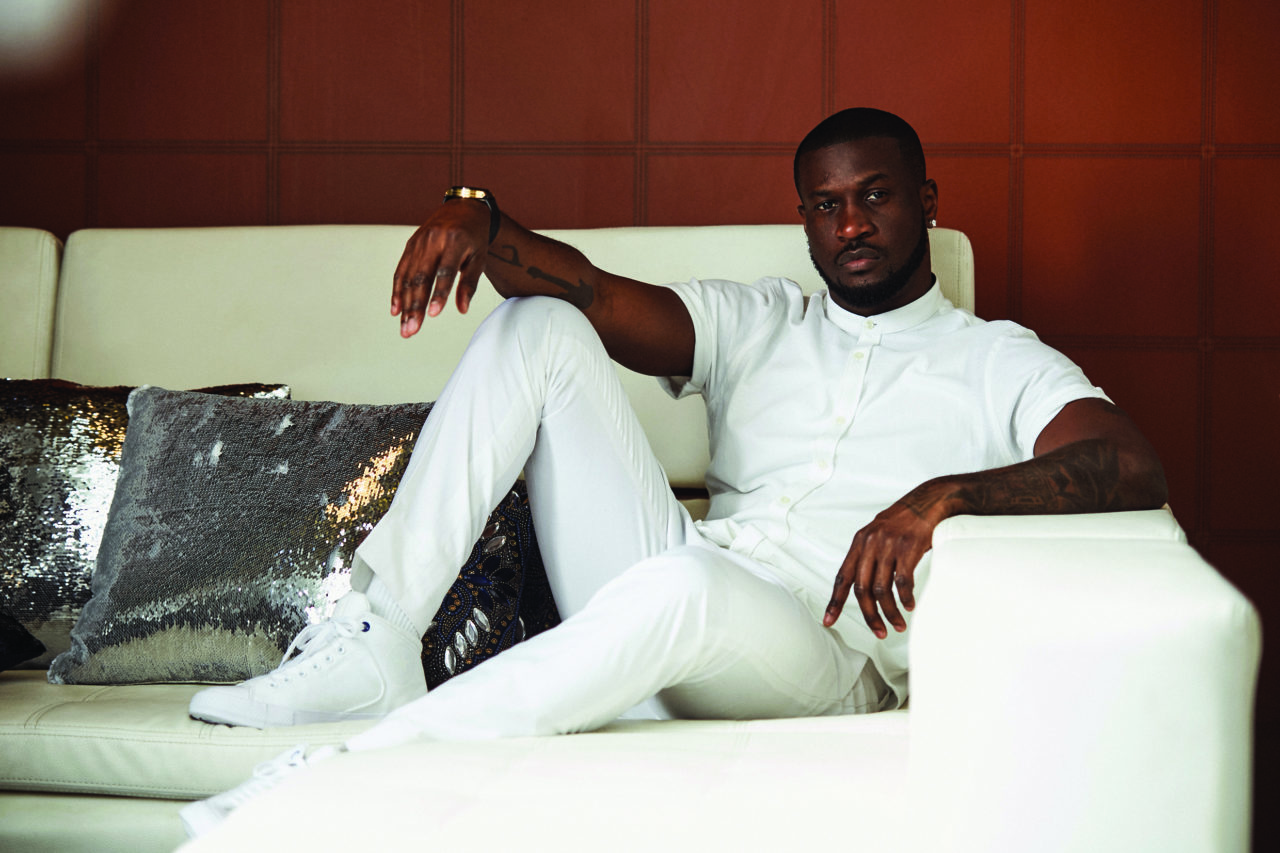 About the breakup of P-Square, he says, “If I hadn’t opened up, the fans would have seen through it all. In five years, there won’t have been any new song from P-Square; we would just be pretending and be doing shows. The only thing that kept us for the last four years was the shows; it’s not healthy, I can’t do that, I’m sorry.”

He goes on to say, “Whether we like it or not, if I hadn’t spoken up, the name P-Square would have gone completely because as of over five years ago, we weren’t ready to bring out a song.”

Speaking of the popular opinion that he was the cause of the breakup, he says, “It never started from me. If you feel that it is my fault, for telling you guys the truth, look at where it has brought us today. I am cool with my brothers but I don’t do (family) business anymore. It’s not healthy.”