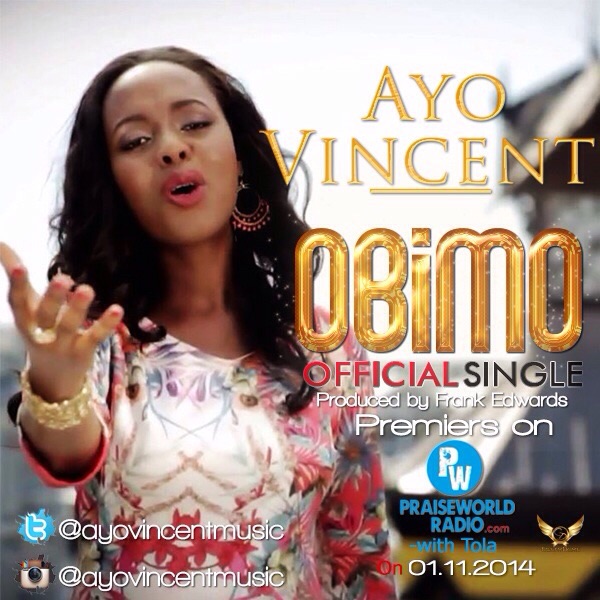 Produced by Rocktown Records’ Frank Edwards, this amazing love song leaves us in awe of the depth of God’s love towards us…

DOWNLOADAyo Vincent is a Contemporary Christian music artist. She has been singing singing in her church choir ever since since the age of seven.

In 1998, Ayo Vincent joined the campus fellowship of Christ Embassy Church and in 1999, established herself as a key praise leader of the choir, ministering at various crusades and conventions with her pastor Rev Chris Oyakhilome PhD. She has done a lot of touring and continues to do so till date, blessing people everywhere with her music.

Ayo Vincent released her debut album ‘I AM YOURS’ in 2012 and is currently working on her sophomore album which has already featured a couple of singles including the iconic ‘OROBO PORTION’ and also ‘SERVE THE LORD’, which featured the Mavin producer extraordinaire, DON JAZZY!

Songs like Orobo Portion, Serve the Lord and several others have crossed over many barriers, from the gospel music industry to the mainstream secular and has surprised both critics and supporters alike.

Ayo Vincent is multiple award winner and her song ‘YOU ARE GREAT’ recently won the BEST MUSIC VIDEO AWARD of the most prestigious CRYSTAL AWARDS 2014 and also the AFRICAN GOSPEL MUSIC AWARDS 2014.