An interview with Ghanaian artist Sarkodie in the lead-up to his new album Phyno discusses His Love Life, Pia Mia Controversy and more in New Interview | VIDEO

Lagos –  A rapper and producer, Phyno (Chibuzo Nelson), on Friday, in Lagos said that language was not a barrier to the appreciation of music as music had no language. Phyno, who is renowned for doing his songs in Igbo language, said  that he was grateful to God that all his hard work had eventually paid off. 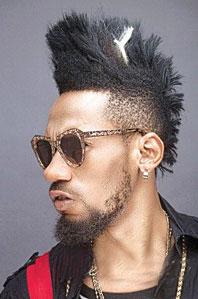 “At first I was bothered but if you knew things about music you will understand that music has no language. “One of the biggest songs between last year/this year is `Khona’ and we in Nigeria, we don’t even know what they are saying, so that’s how music is for you. “You don’t need to understand what they say; just go with the flow as long as they come clear when it comes to their visuals so that’s why I take more time in my videos too. “Being consistent is like one big challenge that every artiste that is already out has to face unless you are not out and you just have to fight for coming out or just to be relevant.

“But once you are out, the biggest challenge has to be consistency,’’ he said. Phyno disclosed that he was currently engaged in a “collaboration album’’ with “Olamide’’(Adedeji), a renowned rap artist who raps mostly in the Yoruba language, and  described their union as a “divine blessing.’’ Phyno is signed on to Sputnet Records and has  hits like `Alobam’, ‘Obago’, ‘Man of the Year’ and the smash collaboration, ‘Ghostmode’, featuring Olamide. His full album titled, ‘No Guts No Glory’, was released earlier this year. (NAN