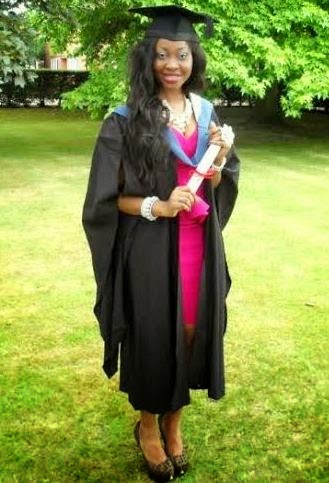 Edo State’s Anita Osariemen Omonuwa has reportedly broken a 122 years record in a UK University. She has achieved a feat that has never been attained in the history of the existence of University of Reading. She graduated with a First Class degree in Law from the University which is rated among the top 100 in the world. She was also among the students who got the “Chancellors Award” by the Chancellor of the University, Sir John Madejski – the founder of AutoTrader and Chairman of Reading Football Club.

According to reports, She actually graduated from Reading in 2012 but just finished from the Nigerian Law School last month with a first class and has also emerged as the very first Nigerian to graduate in the Bar final examinations from overseas with a First Class, Bachelor of Laws degree ever since the Nigerian Law school was established 51 years ago.