A Nigerian Sulaiman Abdulkarim Isah has been announced the winner of the 18th session of the Dubai International Holy Quran Award. 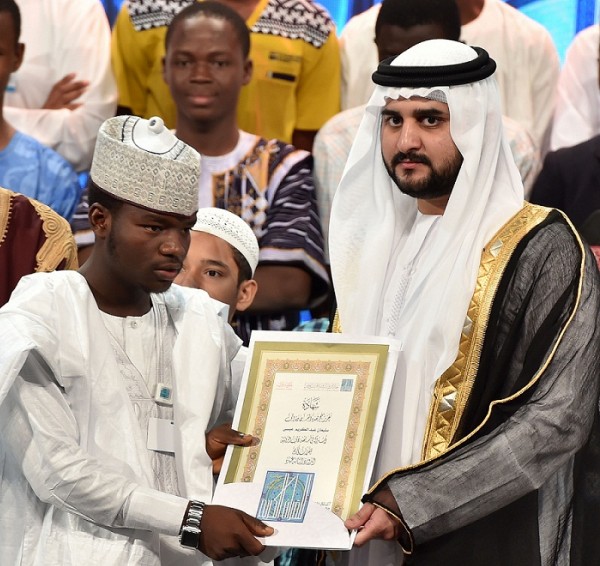 The achievements of all the 78 Quran contestants were also recognized by certificates and cash prizes of different amounts.

Bu Melha, the Adviser to the Ruler of Dubai for Cultural and Humanitarian Affairs, pointed out that the Award started with just two sections in 1997 and within a 18-year period has branched out to 12 categories with 160 countries as participants. He was quoted saying:

“This is basically due to the constant support of His Highness Sheikh Mohammed bin Rashid Al Maktoum, Vice-President and Prime Minister of the UAE and Ruler of Dubai. The ceremony this year coincided with the 10th anniversary of the death of the late Sheikh Zayed bin Sultan Al Nahyan, the founder of the UAE, Godfather of all Emiratis, prudent leader, and noble man.”

According to the official site of the Award, www.sheikhmohammed.com, the event is held on the annual basis to “encourage young Muslims to memorise and understand the Holy Quran, and to spread the Quranic values of peace and love”. The Award is granted to those who memorise and recite the Quran, while the competition itself starts on the first day of Ramadan.