Popular Nollywood actress, Clarion Chukwurah in a recent interview revealed why she did not abandon her top music director son, Clarence Peters. The beautiful actress who once revealed she got pregnant at the age of 17 was pregnant for Top Nigerian Fuji musician, Sir Shina Peters and the product of that child is Clarence Peters. The proud mother who doesn’t hesitate to gush and praise her successful son at any opportunity she gets, reveals her reason for not aborting the pregnancy then: “You know what? It is not because Clarence is successful today. Clarence knows the truth and those who are close to me know the truth. I didn’t have Clarence because I was too helpless to get rid of his pregnancy. I had three sets of friends: there was Dr. Ojikutu. When I was in the University of Ife (now Obafemi Awolowo University), he was ready to do it, free of charge. There was St. Lawrence in Ibadan and St. Jude here in Lagos.

But each time, I said no. I lost my father when I was 11 and he left a message that he was going to come back to me through my first kid. So, when I got pregnant, it kept ringing in my head that my father was coming back to me. Even my ex- husband knew how much my father meant to me. It was on his 30th anniversary that I was able to let go of the hurt of his death. Having Clarence was deliberate. I just had the conviction that my father was coming back. And from when he was born, everyone calls him daddy, including my mum.”

My son is a genius, Shina Peters gushes over Clarence

Peters in a recent chat with HIP TV described Clarence, his child with actress Clarion Chukwura, as a genius. 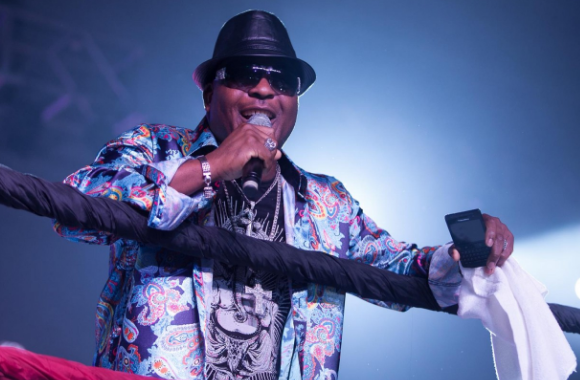 The musician added: “Clarence came from heaven, Despite that I’m his dad, I respect him and love him so much.”

Peters also said he would love to collaborate with Clarence and hinted that something may already be in the pipeline.

“We are cooking something very soon as father and son,” he said.