★ Advertise and Sell your Products, Merchandise, Music, Videos & Get promoted by the ★STAR★ Call to Place your advert on this Channel★
Mojec: The mother-daughter duo lending helping hands amidst pandemic *STARS* and Millions of Streams React To @Burnaboy Boy’s “Twice As Tall” Album

Chantelle and Kemi Abdul are two sisters in a family of five children who grew up in Lagos, Nigeria. Both women have emerged as leaders in the power industry and exude positivity and grit, crediting their entrepreneurial mother for lighting a fire and showing them how to see problems as opportunities. Chantelle is now the CEO of the company her mother founded, Mojec International Holdings, a conglomerate with subsidiaries in the power, energy, real estate, and retail sectors with operations across Africa and based in Lagos. Kemi is a private equity infrastructure investor serving as Director at Mubadala Infrastructure Partners in Abu Dhabi. With these two, the question is not so much how did they get where they are today, but instead, where are they going next?

ON BEING BEING RAISED BY AN ENTREPRENEUR

Kemi: Our mother was an entrepreneurial maven who started as a bank teller and went on to form many businesses of her own. I think she can’t sit still. She started her first business as a distributor of Michelin tires. Then she grew that so big,  she was one of the largest distributors in Nigeria and then became an ambassador for Michelin. She then became a large distributor of ream paper, and then got into textiles, manufacturing, chemicals, and finally fashion materials for women. Her biggest success to date has been in the electricity industry. I remember years ago when she called me one day whilst I was an investment banker on Wall Street covering energy companies, saying “Kemi, you know, I would like to speak to some of your power generating companies that you work with.” And I’m just like, “What do you know about power generation mum?” Fast forward today, those sort of companies that she wanted to be introduced to, the GEs of the world, potentially are her partners and investors. So she had a vision earlier on the cusp of the liberalization of the electricity market in Nigeria. She knew, of course, from her active participation in market discussions that the power market in Nigeria was going to open up and be deregulated.

Chantelle: My mom had natural business acumen. She never went to college, but she achieved so much. She founded Mojec International Holdings and was a thriving businesswoman in her own right. At the time, the State ran the sector, and she had the opportunity of being a contractor. As a woman, they were skeptical of her because she was female, but she convinced them she could execute.

Kemi: In a lot of ways, for me, she was my hero growing up because I saw how much she was able to juggle and excel at. If there was traffic in Nigeria, because back then there weren’t traffic lights, she’d get out of the car and literally be the traffic warden just to get the traffic moving – so she’s wearing a yellow suit, like a complete yellow suit with a skirt and suit jacket, and just navigating traffic in order to get to her meeting on time. I have stories of my friends’ parents telling them, “I think we saw your friend’s mom on the road navigating traffic.” 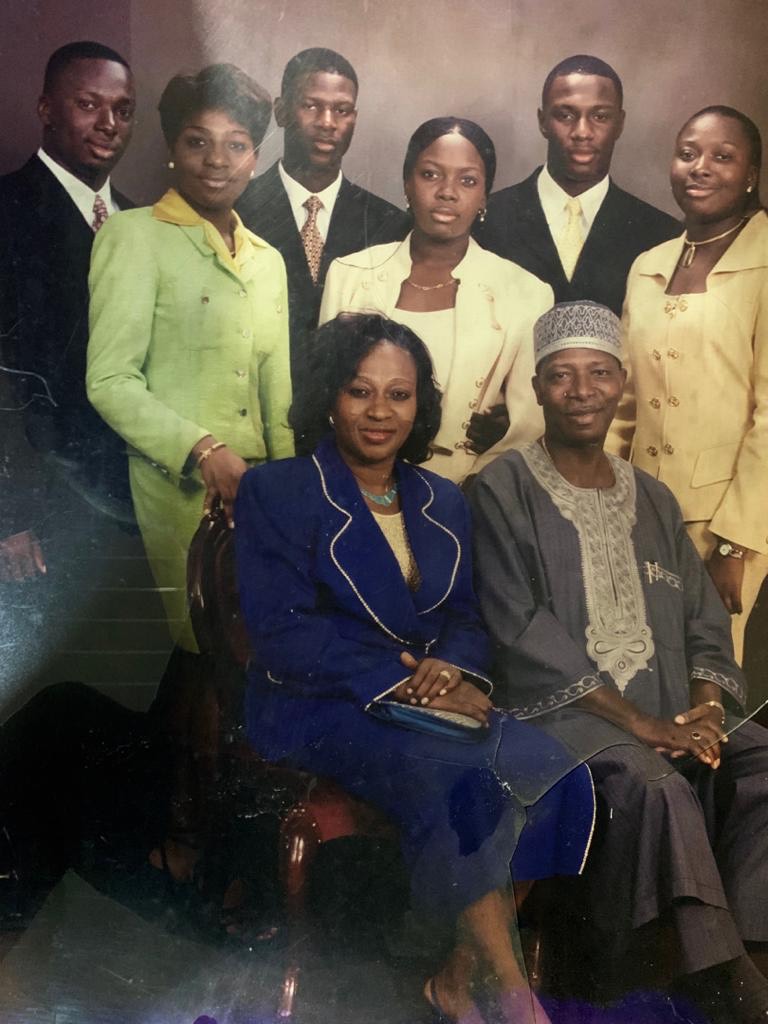 Kemi: We were born in Lagos, Nigeria. We’re Christians but my dad is Muslim so he’s allowed more wives and went on to have 16 children. Theoretically, I’m the last of 16. If you just focus on my mom, who was married to my dad for 43 years before he passed away, there are five of us siblings. Although we were raised in a big family, our parents paid close attention to our social, moral, and educational development. We spent every summer growing up in London participating in extracurricular activites. I went to high school in Nigeria and then I moved to Washington, D.C. for college. I must add, being born into a family of 16 kids helped me learn how to differentiate myself from an early age.

Chantelle: The family tradition was to go to college in the U.K., but I wanted to be in the U.S., so I started the tradition of going to George Washington. When we were in college, all five of us lived in one house. You can imagine being the oldest of everybody and trying to be responsible when everyone’s rebellious and no one wants to listen and bearing the brunt of it. We had a nice house in Arlington with a pool that everyone loved to swim in but no one wanted to clean. My mother finally said, “I refuse to keep spending money on cleaning this pool… I think we need to get rid of it!” Which she then turned into a garden.

Chantelle: I’m a renegade entrepreneur. I enjoy creation, origination, and structuring, and moving onto the next thing. Treading in uncharted territories is very natural for me. I never wanted to climb up any ladder. I was never looking to run and modernize an established company. Originally, in 2013, I came to Nigeria after being educated in the States after I bought the license to produce The Apprentice for all of Africa. It was after that, my mom approached me to come in, manage, and modernize the business. It was completely a surprise.

Kemi: All of my siblings are entrepreneurs. I’m the only non-entrepreneur… yet. But I’ve always felt entrepreneurial in my role as a PE investor. I pour a lot of passion into whatever I do and work closely with our portfolio companies not only to bring creative value but to build a strong management structure and team morale. Infrastructure is the backbone of every economy. The world needs good roads, clean water, renewable energy, etc. We also have a social responsibility. We are delivering a service and a good for the benefit of all – especially in the Middle East, where there is a great need for providing water, electrification, power plants, and telecom. Besides the power and water plants, renewable energy, and seaports we own and operate, we were involved with three start-of-the-art university projects including the Abu Dhabi campus of one of the oldest universities in the world – the Paris Sorbonne University. Our goal was to bring up the level of education and standards in the UAE to international standards so females can be educated at home. 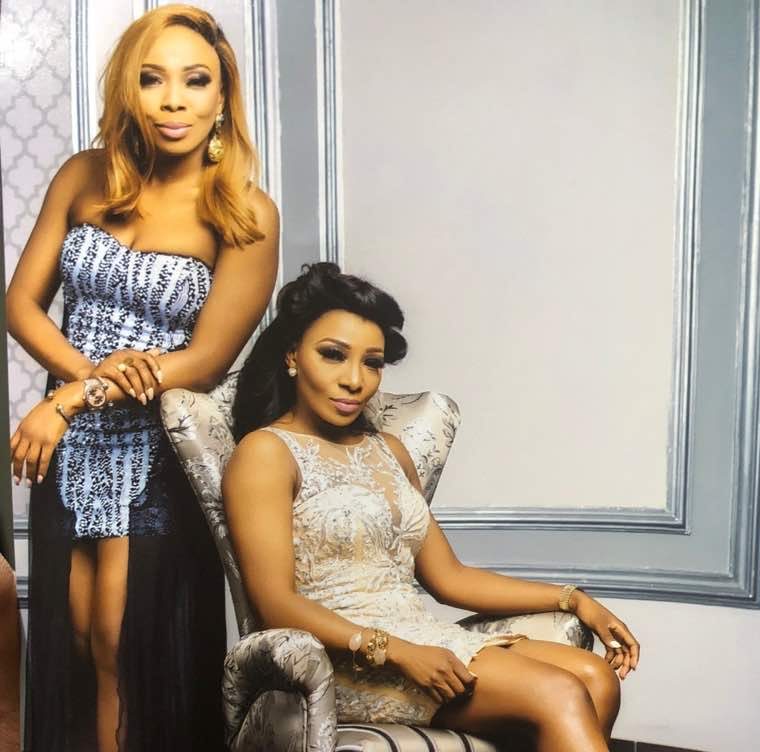 ON BEING YOURSELF IN A MALE-DOMINATED BUSINESS

Chantelle: As a woman in the United States, you are encouraged to be successful. Deal hard. Go toe-to-toe. Here in Africa, you have to walk a middle line and when you do that, you risk being alienated. You can be smart without being sassy or snarky. If you maintain your femininity, you can earn the respect of your peers and superiors without having to come across as rude. I became CEO in 2016. At the time, the market was male-dominated primarily by older men, who owned the manufacturing companies and owned similar businesses like ours. Today, four years later, we are the largest and only female-owned electric meters firm and usually, I am the youngest CEO in the room. We have gone from mid-tier to the leader of the pack in the industry. It is a firm started by a woman, run by women – most of whom are younger than our male counterparts.

Kemi: Being an African woman in the Middle East, you’re a double minority. When I felt like giving up, I thought, “Kemi, you can be an African woman in the Middle East, in Private Equity, dominated by men, and still do well. You just have to excel at what you do, work hard. and people will see your contributions.” I was nominated to the board of several of our portfolio companies either as a board member or board observer. I came a long way but it’s reassuring when such responsibilities and opportunities are entrusted to you.

Kemi: I’m part of a women’s network in the UAE where we mentor women and introduce them to corporate executives. I’m excited to give back and invest in female-backed companies whilst creating a women’s private equity network. One of my goals is to empower women so hopefully, I will eventually be able to pull together capital that will provide soft loans to developing nations in small markets that are willing to help women invest and become financially independent.

Chantelle: Of the eleven utilities in Nigeria, only two of them have female CEOs. I have a personal relationship with every single CEO and oftentimes they trust me more than their male competitors. If you carry yourself well, you will have those CEOs protecting and looking out for you. 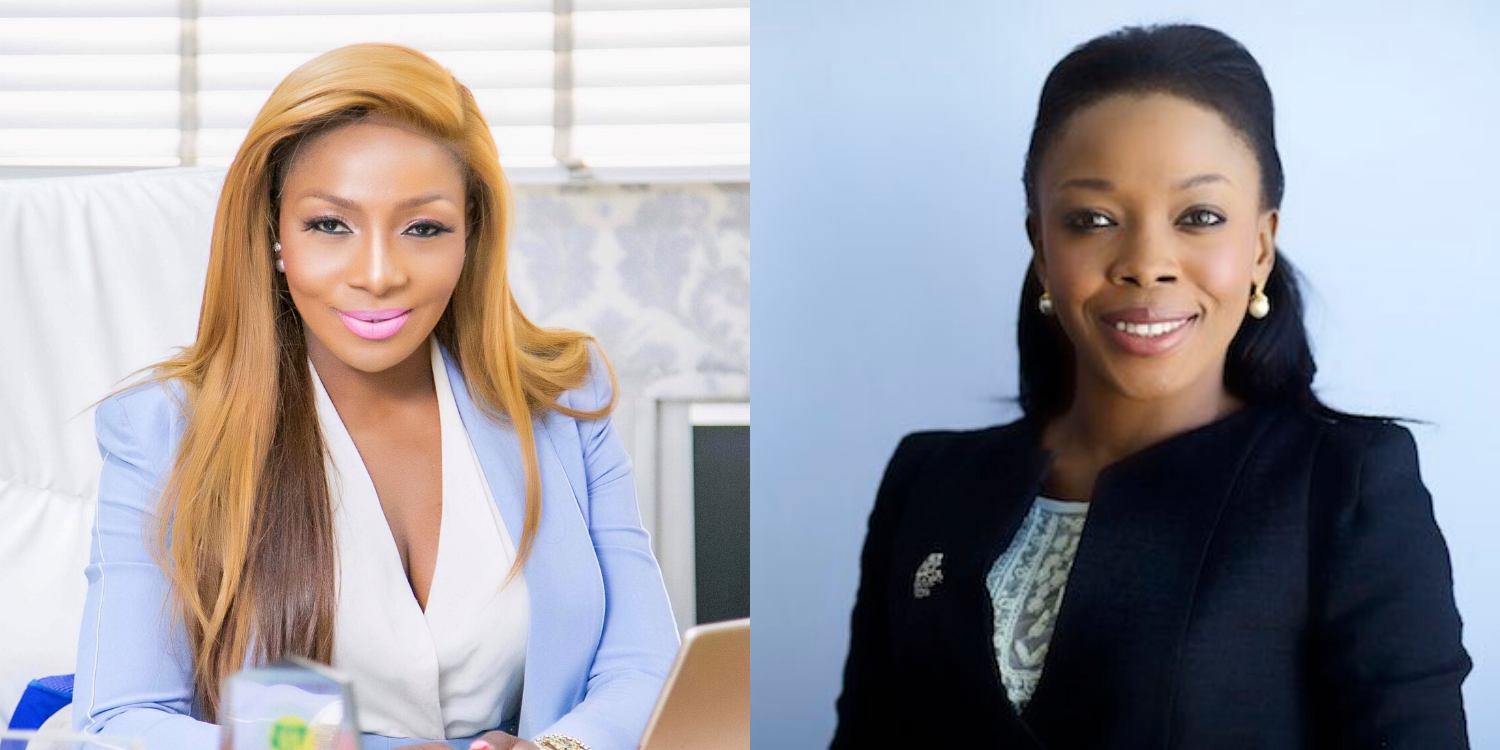 Chantelle: Vision casting and the big picture are most interesting to me. If I were to move on in a few years, I’d like to remain on the board but raise an innovation fund for technology in power. I would invest across different sectors of the African market. In order to be able to do that, you have to run multiple investment parallels and have an excellent management team in place. I’ve always wanted my siblings to come together. The way we’re doing that now is through investing. One of the things I’m trying to do now is creating a family office and be able to invest in things that everyone wants to do. Everyone has their own courses to chart.

Kemi: One of my goals is to empower women by advising them on what they should be buying. I’d like to create an investment club for women where women can make their money work for them, similar to a good ETF that performs well. I want to share it with women and take that fear factor of investing away. We’d need a lot more capital and I’d like to be settled into a new role, then actively chase that goal. I’d also like to have some senior women come on board as well, some of whom have said they’d be happy to join.

Chantelle: You can imagine there’s a lot of responsibility, being the oldest, but it’s fun.

Kemi: I never saw my siblings as competition. I’ve always been collaborative with my siblings.