★ Advertise and Sell your Products, Merchandise, Music, Videos & Get promoted by the ★STAR★ Call to Place your advert on this Channel★
Classic FM OAP Kachi Nnochiri weds… Updated: Wizkid-Skales Twitter Spat, The Real Reason They Argued 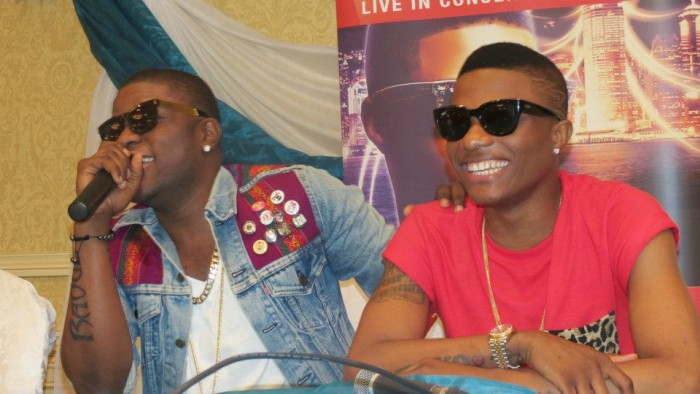 Skales and Wizkid made headlines a little while ago, blasting each other on social media and all that started when Skales, asked his fans on Twitter, to name the musician they would love to see on his new track – and one of them mentioned Wizkid…But Skales said that won’t be possible as Wizkid doesn’t have his time – Well, according to a source who spoke to Punch on the matter but pleaded anonymity said…

According to the source:-

“They are not friends and they do not talk. Even the party they both attended recently, they did not talk to each other. Skales had been asking Wizkid for favours since they were both in EME and even after they left the record label but Wizkid always puts Skales on hold and keeps procrastinating. Whenever he tries to reach him on phone, he does not pick his calls and when he does, he acts ‘somehow.’“Before Skales released his hit single, they were meant to have a joint project together, a Skales/Wizkid project but they could not reach a conclusion. Whenever Skales goes to meet him (Wizkid), he normally acts as if Skales is disturbing him. But the truth is that when Skales tweeted that Wizkid doesn’t have his time, he was only joking even though it is the truth. Skales got upset when Wizkid said that his home is also Skales’ home. He felt that Wizkid did not need to put up a show on twitter when the exact opposite is what is happening in reality,”

“I think it is just the normal quarrel between two friends and they would settle it. Skales is not taking it personal at all and he is back to work and that is why he released his song, Je Kan MO, which is also trending at the moment.”

And to some of you, who might think that Skales is probably envious of Wizkid’s success, Skales manager, Osagie Osarenkhoe, who also managed Wizkid at a point in his career, said:

“No one is jealous of the other. Both artistes are doing great individually.”

But why does everyone who used to be friends with Wizkid always say he isn’t loyal?????