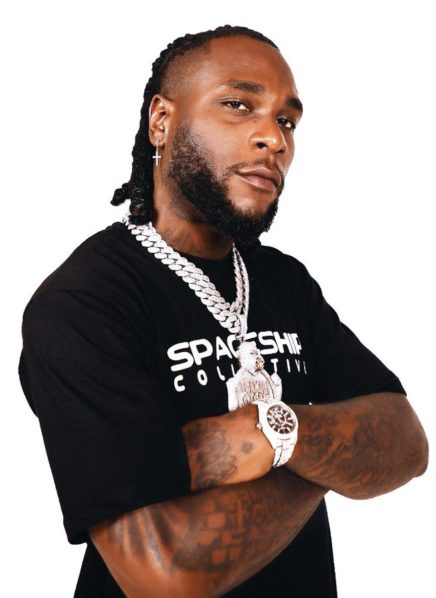 The album serves as a follow up to is Grammy-nominated “African Giant” and though it is just hours since it’s release, Twice As Tall, has already garnered several positive reactions and millions of streams and comments from various fans across the world

International music star Diddy as well as fellow Nigerian music stars like Don Jazzy, 2Baba have nothing but praises for the album.

In his praise of the album, Diddy who is credited on Twice As Tall as an executive producer tagged it “Album of the Year” while 2Baba praised Burna’s creativity saying the latter is on another planet.

The album carries a unifying sense of pan-African idealism.

Speaking about the album to Apple Music, Burna Boy said:

“We had about 80% of the album ready before Puff [Combs] jumped on the project,” he reveals. “But once he jumped on board he was working around the clock—nonstop trying to add to this project and deliver for me, and make it really special.”

Many will agree that the African Giant has surpassed himself with this latest album. His thoughtfully recruited guest stars on the album also lend to his creative artistry.

This is reinforced when he says:

“As I’ve said before, ‘We were all Africans before we were anything else,’ and this is the same message here for everyone to wake up and realize that and really know what it means to be aware of it.

A part of the album I’m proud of is having top producers from the UK or Nigeria here alongside guys like Mike Dean to co-produce to add that extra to it. It’s giving you that best of both worlds and trying to bridge the gap between them. That’s all part of this process too.”