Now this is a must watch. Stella Damasus gives the best interview ever.

The Nigerian movie star is living life to the fullest right now and we can tell. In an interview with Golden Icons, Stella opens up about a lot of things like never before.

Stella also dishes about her daughters, rumours of her dating Richard Mofe-Damijo (RMD) and training young talents. She also plans to release a new song “My Man” on December 20th.

If you know Stella from all the interviews she has done as well as her web series, you know that she doesn’t hold back. That is why it is worth the watch.
Part 1

I didn’t want that to happen because at 16 I was already popular. I was making money, I was travelling. So at that point looking at my life, I said, if I do this for another five (5), six (6), seven (7) years, and I don’t start a family, it will become more difficult for me later on. And so, I decided if I find somebody who I love, who will love me back, we will go together. We will fight all the fight, make up, we will do whatever, but we will grow old together. And that’s what happened.

And I am happy I made that decision, because today I have a 15 year old. I grew up with my children. When you see the three of us, and you see my daughters, you will think we are sisters. And we talk as friends. So it was an important thing for me. To have a family, and have that…I needed something to check me. We have a tendency to be crazy and do whatever we like because we could get away with anything, we could travel all over the world, we could get people to like us like this (snaps finger), we had money to throw around. If I don’t have that family unit to check me, I don’t know what I would have become and I won’t lie about that.”

On recovering from losing him: Recover? Do you really recover? They say time heals. I say, I have a different definition, I say time numbs. It is not something that heals, and then that’s it, it’s gone, it’s gone, No. This is someone you planned to spend the rest of your life with, and grow with.

We made plans, like every other couple. And when that happened…he died when I was 26 with two children. I just felt that my life had ended. So, but with time, this year, December 3rd will 10 years, one full decade. So it is not healing, I won’t call it healing but I will say it numbs it and once in a while, it comes up and the pain is as fresh like yesterday but it is how you deal with it that matters.

And that’s what I have had to do for the past 10 years but I am very grateful for the family I have, for the people I have around me. For that, you need a lot of strength. God helped me through it all.”

On Widow being her story: “Widow is a true life story but not my story. The woman who I played lives with her children in the UK. I did Widow, months before my husband passed away. So I saw the lady that I played, so when the movie came out, the movie came out after my husband had died.

It didn’t come out before. So when it came out, everybody thought ‘oh that’s her story, she was telling her story’. It wasn’t my story. I wasn’t upset, I was actually grateful that I did such a great job that people believed that it was me. Because as at the time I was doing it, my husband was, in fact he was the one dropping me off on location. So it means I must have done a very good job for people to actual feel it and say oh that’s her story.” 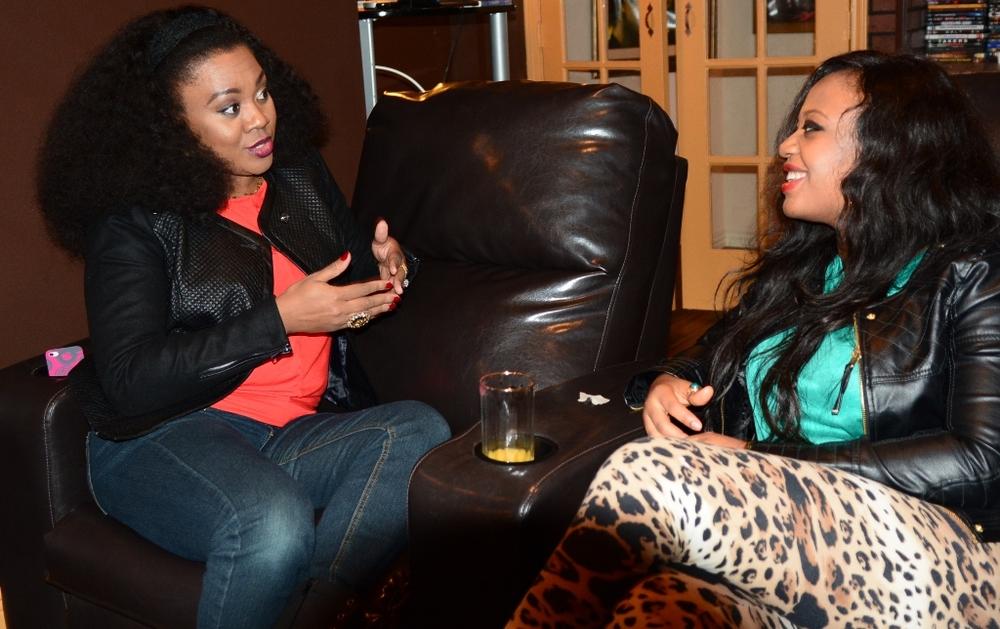 On her relationship with Daniel Ademinokan: “Let me put it this way. Let me help you hit the nail on the head. One of the comments I have seen consistently, over and over again, is ‘Stella snatches somebody’s husband’, ‘Stella the husband snatcher’, which is what has been going on. And I had sworn that I would never talk about it, or even listen or stress myself about this thing but I have decided to do this now, so that I end this once and for all.

First of all, let me paint a picture for you and you let me know what makes sense to you. When I looked up the word snatch or steal, ehh, let’s go to the dictionary. It means, forcefully taking something away from its original position. Forcefully. From its original position to another position. Something that does not belong to you. That’s what I gathered from the word snatch or steal.

So I looked at me, Stella, and I wondered to myself, how is it possible to go to somebody’s home, and take a man, and take his son, away from his home and say follow me. You are a man, and according to their story, he is happily married inside his home. With his family complete and I walk into that home, to forcefully take a man, abled bodied man, and a kid, away from somebody’s hand and you are there looking at me. How does that work?

So when you see a man who has settled ties with a woman and decides to move on with his life and you feel that there is something in this man that you like and he likes you. I am not a kid. I am 36 years old. I am not about to start hiding myself. I was waiting for somebody to actually ask me this question, because all I have heard for the past two, three years are rumours. They said, blogs said, this said. Nobody has been bold enough to confront me and ask me. So I say, if I steal something from somebody, and the person is really the owner of the thing, you come and ask me, ‘you took something from me, give me back’.

But nobody was able to that. And I am like, if I meet an abled bodied man that has left and moved on. That is not even in the same house with whoever and is not doing anything with whoever, and both parties have decided this thing is not going anywhere, and they have gone their separate ways, why is it that it easier for the world to blame the woman that the man has decided to end up with?

Why is it that it is always that woman that scattered that home? The two people that did things that nobody was there, nobody said something must have happened between this two people but it is always somebody else that is the problem. And I always say, I do not tolerate blaming anybody for your own problems. I have had problems.

After my late husband’s death, I got married again and the marriage didn’t work. After eight (8) months, it crashed. People didn’t hear much about it, why? We were both mature to understand that we came together, we knew that the thing was not working, instead of us to become enemies we will remain friends, let’s just let it go quietly. And we let it go quietly. I didn’t blame anybody else for doing it, he didn’t blame anybody else for doing it. So I am wondering, two people come together they go their separate ways, this one meets somebody, all of a sudden, it is that somebody that is the problem. Did anybody ever ask, what went wrong? Why would a man pick up his son and walk away from his marriage?

Was there anytime another woman was the problem until the man moved on with another woman? Nobody brought up Stella’s name, then all of a sudden, ‘oh he’s moved on with somebody else (snaps fingers), it must be her’. How? I am still waiting for somebody to come with proof to say ‘oh when they were still in marriage, when they were still in a house, you came and did this.’ So the reason why I don’t like talking about it is that, there are some things I would say to you and you would look at me like ‘oh wow’ but I don’t want to be derogatory, I don’t want to tow the line that other people have towed by talking bad about people.

I would never do that but the stories started coming. At first I ignored it, I just kept quiet, and then it was all over the place, Google, blogs, and I am like, one day, one day, I would tell my story. There’s a reason why I am respecting certain people, respecting certain legal issues that are going on. So there might be some things I may not hammer on, but whenever you hear this person snatched this person’s, you will ask the person, the person that they said was the original owner, what was the person doing when they were snatching the person from him or her? I don’t get it. Do you understand?

So I look at it, I am not ugly, I am not dumb. Of all the men in the world, I will now go and look for somebody else’s own and say this is the one I want. If he didn’t come out of it and say I want to be with you and you want to be with me, how? Why would I come and grab…? Am I that bad looking? Am I that old?.”

On if she ever thought she and Daniel, should go their separate ways: Not at all, not at all. You know why? Because my conscience was clear. Whatever issues a man has with his wife or whatever, when they deal with it, they deal with it, I don’t come into it. And once you are done with it, and ready to move on, and you want to move on with me, and I want a life with you, it’s me and you. I don’t care what anybody else is thinking or saying.

People have said this, it hurt because of the impression people tried to create but I looked at myself and asked myself, Stella in your heart do you believe you did anything bad? If my answer is no, then my dear, there is no looking back. Because I am not a kid for me to make a decision and say I want to be with this person. If I marry 10, it concern you? That’s what I used to say.

You don’t know how many marriages are suffering in silence. The issue of domestic violence that I am fighting for, it’s part of it. There are marriages that they will tell themselves, especially celebrities we suffer from that, you are in a marriage and because you are worried about the press, the media, you stay in. You just stay in, you act, you play for the camera, you act like everything is okay. Then you get home and everything is hell because you know the moment you take that bold step and walk away, the backlash will be so bad.

But you now ask yourself, to stay in and become a monster or to just quietly live and preserve my sanity. When you leave to preserve your sanity, then the world wants to make you crazy. You understand. So it’s a matter of choice. People make choices everyday. They’ve made theirs, I have made mine. If you can’t deal with it, no problem. It is my life. Live yours, and I will live mine. And I am Happy. I am not ashamed. Never a moment of regret.”