★ Advertise and Sell your Products, Merchandise, Music, Videos & Get promoted by the ★STAR★ Call to Place your advert on this Channel★
#Throwback Thursday, Yaw Sells Car To Raise Money To Give To The Less Privileged For His Birthday Present #Throwback Thursday, THISDAY NEWSPAPER -A Nation’s Pride ‘Nigerian, Osarieme Omonuwa’ 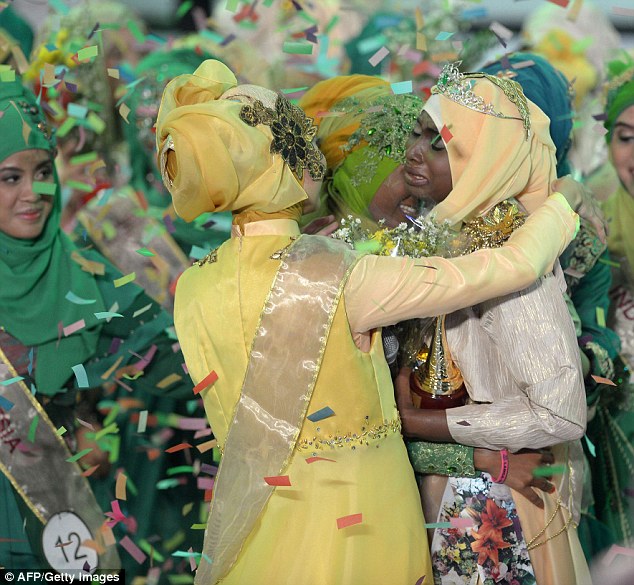 A Nigerian woman has been crowned Muslim Miss World in the final of a beauty pageant organised by a women’s group in direct response to the mainstream Miss World competition taking place in Indonesia.

Miss Nigeria, Obabiyi Aishah Ajibola, 21, won the Miss Muslimah World contest which was organised by the World Muslimah Foundation, a Muslim women’s group, and held in Indonesia’s capital city of Jakarta as a protest to the traditional contest being held in Bali this month.

The annual Muslim event – now in its third year – is held exclusively for Muslim women, who are assessed not only their appearance (in Islamic dress) but also their piety, religious knowledge and understanding of the Koran. 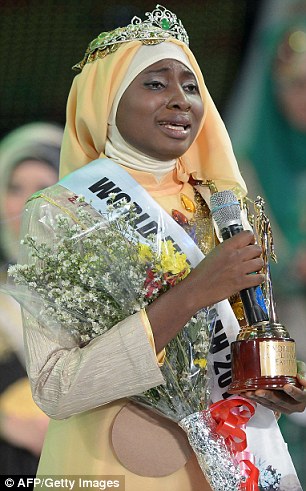 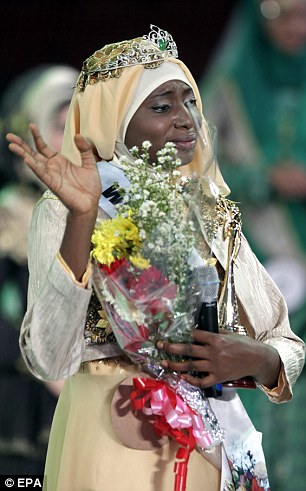 The newly crowned the Muslimah World 2013 Obabiyi Aishah Ajibola of Nigeria collects her crown, trophy and flowers and thanks the crowds in Indonesia 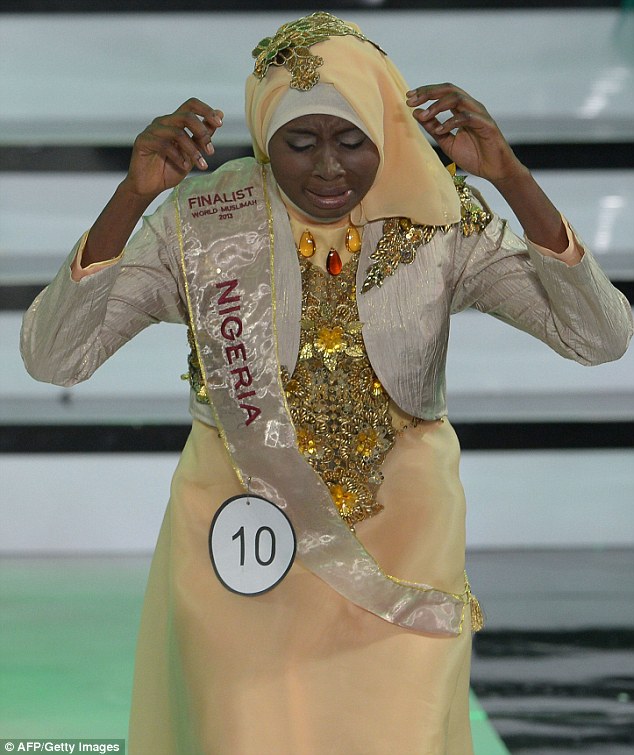 More than 500 Muslim women entered the contest online, with 20 finalists chosen by judges. Entrants were asked to talk people through their path to the religion and what wearing a headscarf meant to them.

When Miss Nigeria was announced the winner – and won a trip to Mecca – she recited a verse from the Koran. 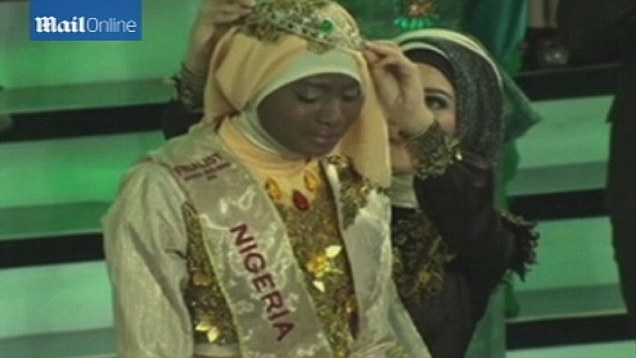 Meanwhile in Bali, the mainstream pageant was subject to protests by hard-line Muslims within the world’s most populous Muslim country, even though organisers relented and agreed to cancel the bikini round.

Moreover, its final – held on 28 September – was due to take place in Jakarta, but it has now been agreed that the whole pageant will take place in Bali, a Hindu-majority island, where armed police are on high alert following warnings that the contest could be a target for terror attacks. 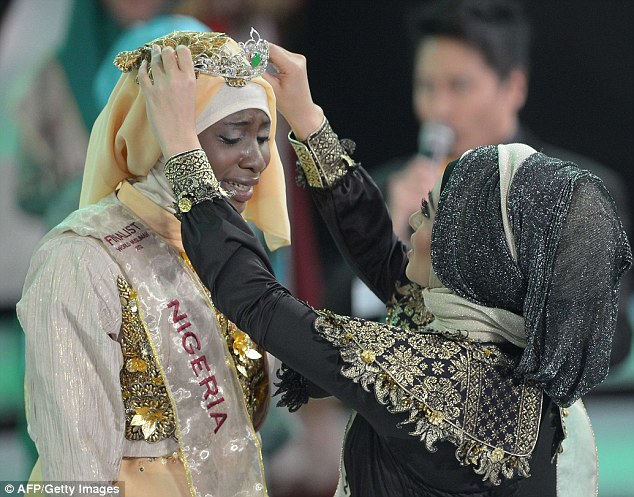 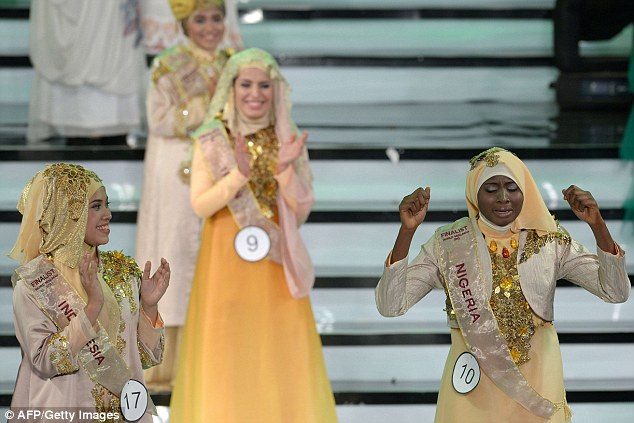 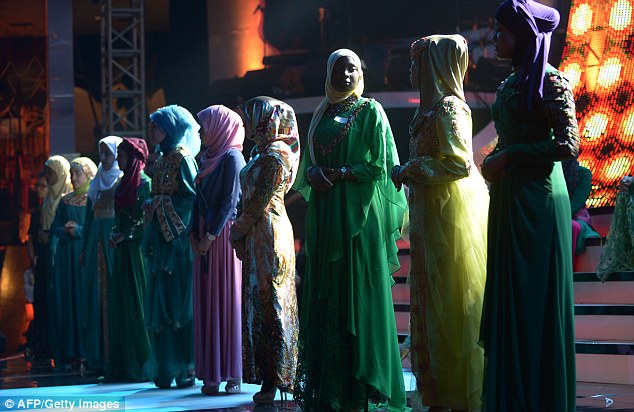 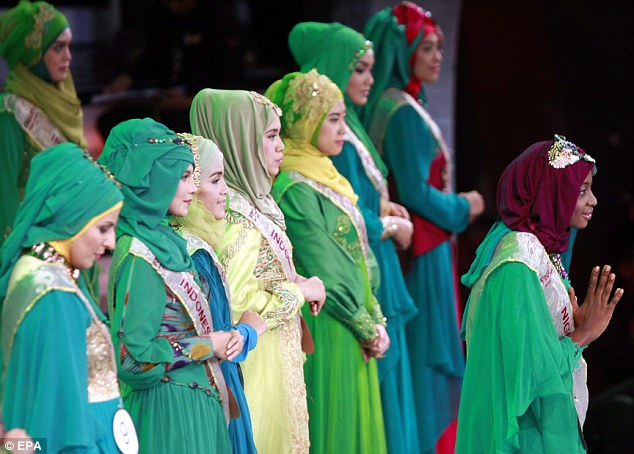 Nigerian Obabiyi Aishah Ajibola salutes in front of the contestants during the final of the 3rd Miss World Muslimah 2013 contest in Jakarta, Indonesia 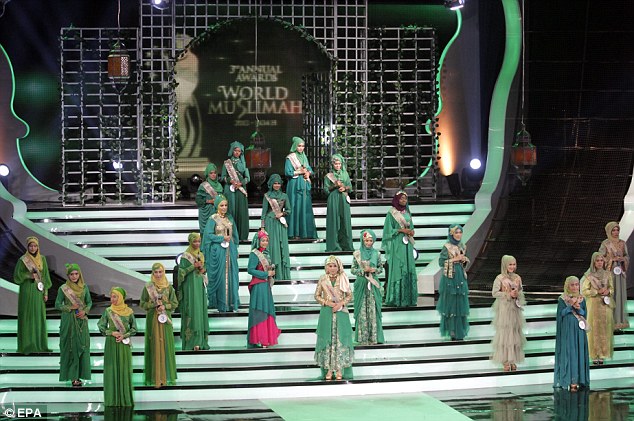 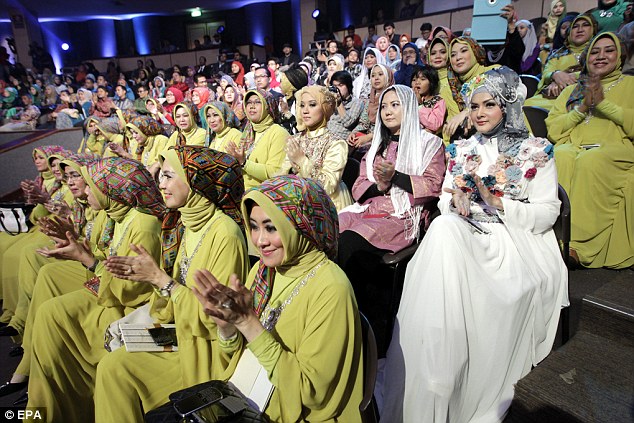 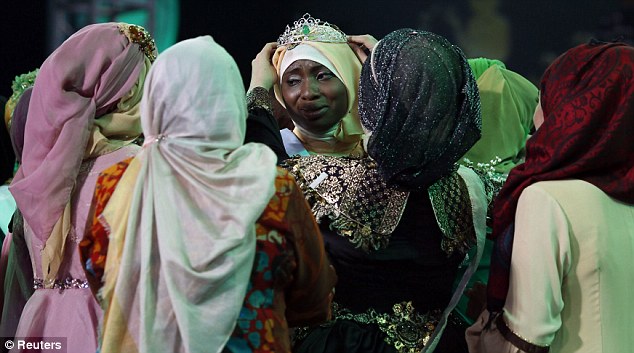 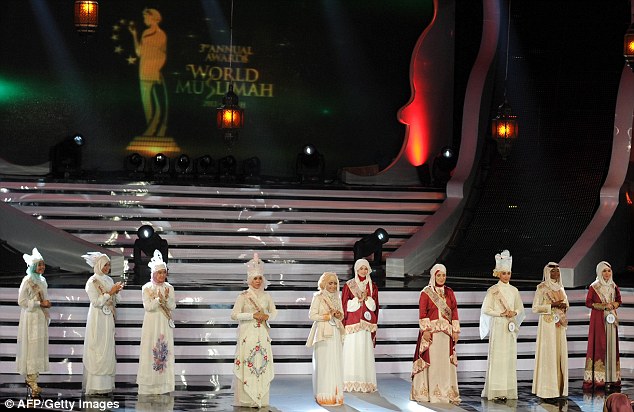 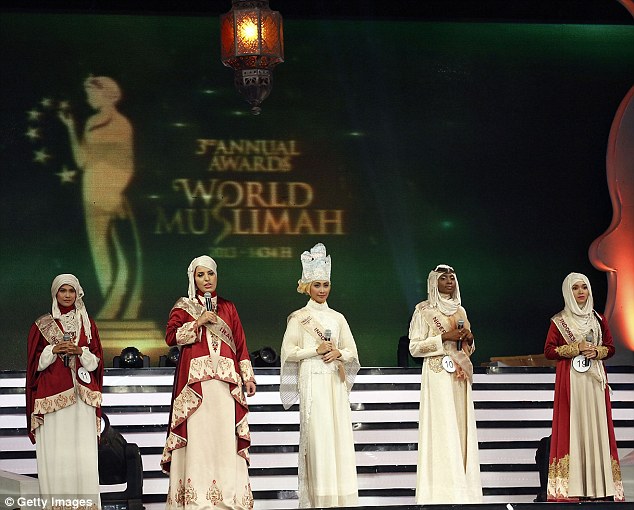 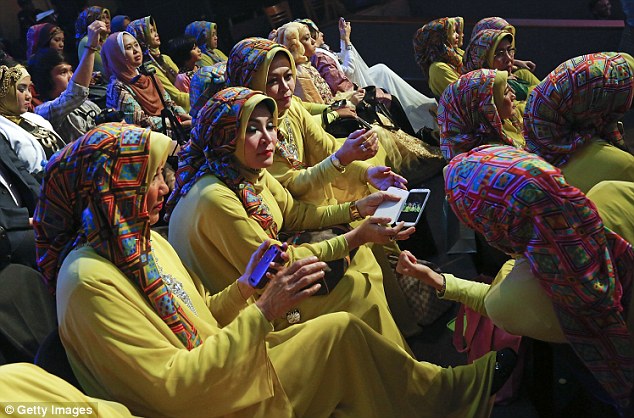 Indonesian Muslims in the audience share photos of the competition 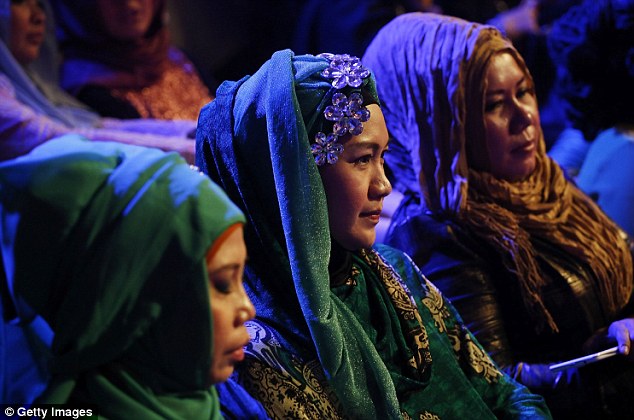 Muslim women in the audience of the pageant

Following protests around Indonesia opposing the Miss World competition taking place in Bali, female contestants have warned to be vigilant against possible terror attacks on the island.

The British, US and Australian Embassies in Jakarta have warned the women taking part – three of whom are from the UK –  that extremist groups may be planning to disrupt the pagean.

The competition final takes place in Bali on 28 September. 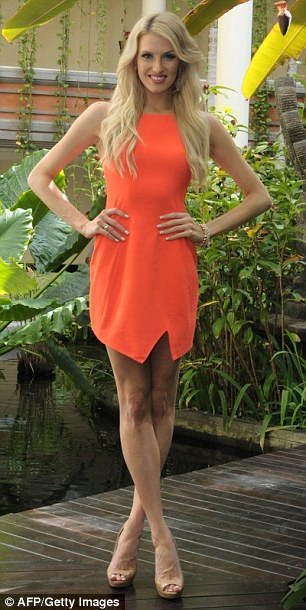 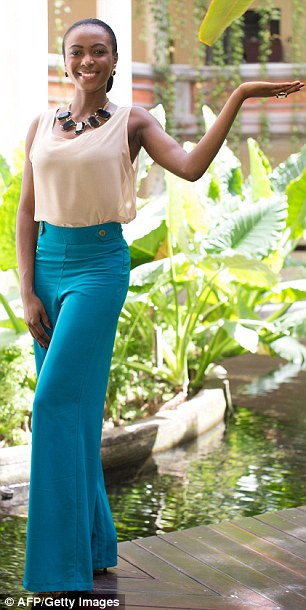 Kirsty Heslewood from England, Gabrielle Shaw from Wales and Meagan Green from Northern Ireland are representing Britain in the competition.

The British Embassy said that ‘local Islamist vigilante groups have threatened to hold large-scale demonstrations to disrupt the Miss World pageant’, adding ‘extremist groups may also be planning to attack the event’. 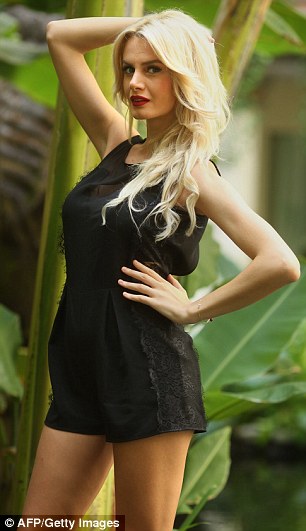 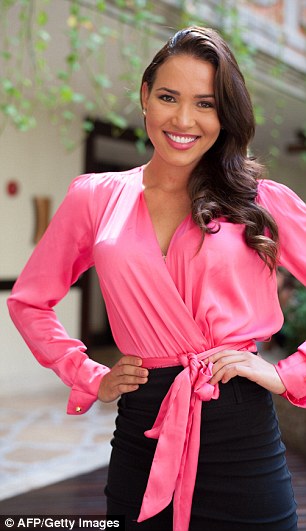