★ Advertise and Sell your Products, Merchandise, Music, Videos & Get promoted by the ★STAR★ Call to Place your advert on this Channel★
Strange Facts About Camilla Parker Bowles, represents British royal family drama The Untold Truth Of the Power and History behind your table Salt

What Life Looks Like For Sasha & Malia After The White House 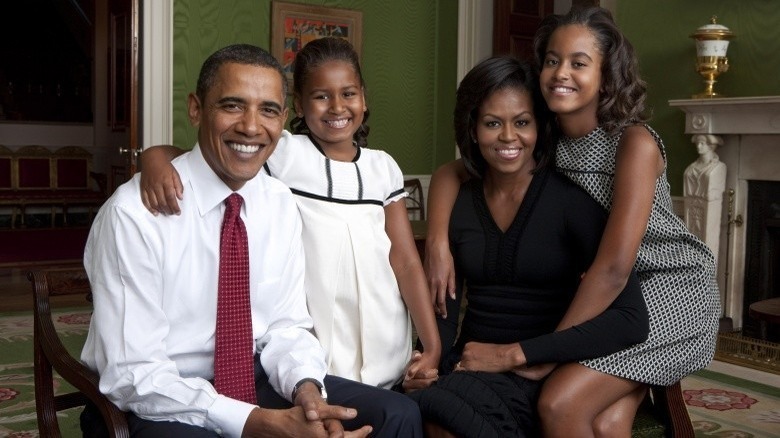 BY THE LIST STAFF/MARCH 19, 2017 9:57 AM EST/UPDATED: JUNE 3, 2018 10:55 AM EST
When President Obama took office in 2009, daughters Malia and Sasha Obama were just 10 and 7 years old, respectively. Though their eight years of childhood in the White House was relatively private, the former first daughters are now back to life in the general public. These two little girls have grown into young women, and people are now speculating as to what life will look like for Sasha and Malia after the White House. 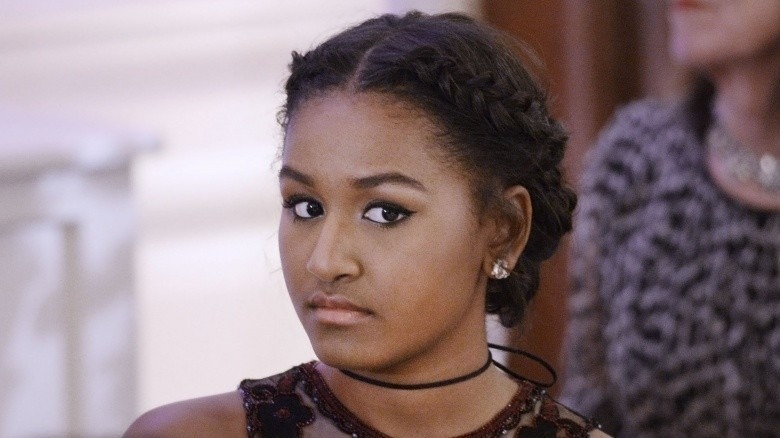 Although her family has moved out of their residence on Pennsylvania Avenue, Sasha and her parents will be sticking around Washington, D.C. until she graduates from the prestigious Sidwell Friends School. Sasha is only a sophomore, and her parents have tried to keep their daughters’ transitions as smooth as possible, as President Obama explained during a Milwaukee luncheon in March 2016. “Transferring someone in the middle of high school [is] tough,” he said. According to CNN, Obama will be the first president to remain in the nation’s capital after his term since Woodrow Wilson in 1921.

No word yet as to Sasha’s aspirations after high school, but this former White House resident has proven that hard work is not beneath her. Sasha’s resume’s humble beginnings include one of her first jobs as a cashier at a seafood restaurant in Martha’s Vineyard. 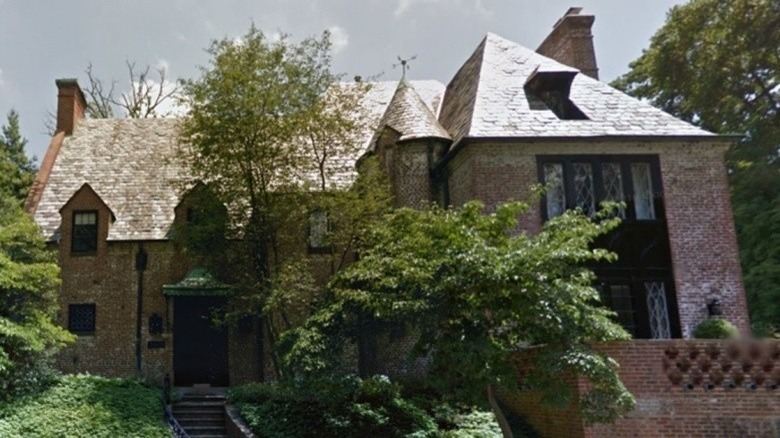 According to Politico, the Obama family will move into an 8,200 square-foot mansion in D.C. The family is renting the home from NFL Executive Vice President Joe Lockhart (also former press secretary to President Bill Clinton) and Glamour magazine editor Giovanna Gray, who are currently residing in Manhattan.

The President’s decision has earned him a new nickname: the “Couch Commander,” which he fully embraced via a hilariously self-deprecating video on the White House YouTube page. It may not be Pennsylvania Avenue, but we’re sure Malia and Sasha will be delighted with their new digs. 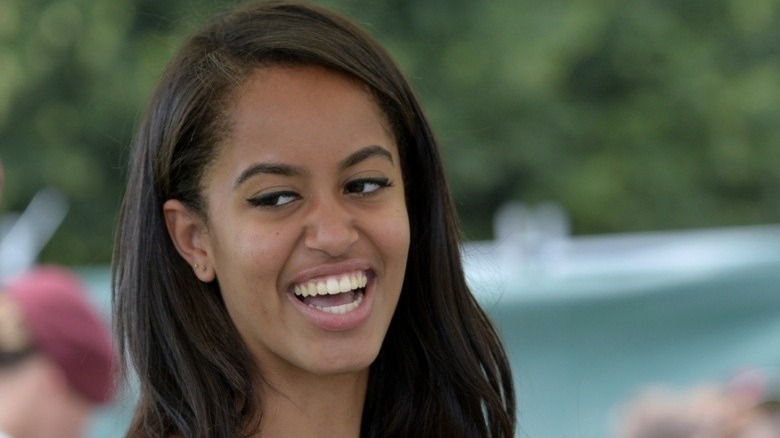 In May 2016, the White House announced Malia’s decision to attend Harvard University in the fall of 2017. The statement said she planned to utilize a gap year before attending the Ivy League institution.

The practice of taking a “gap year” between high school and college originally began in the United Kingdom as a constructive way to spend the months between the end of secondary school and the beginning of university, according to the American Gap Association. Studies have shown that students who opt for a gap year are 88 percent more satisfied with their jobs than those who do not, says the association, probably because they had a year off to figure out who they were before diving into a world of beer pong and Greek life (the association didn’t say that last part.) The Washington Post said Malia’s choice reflects “a growing trend among driven teenagers to pursue other interests.”

Malia isn’t taking the year to binge-watch Netflix in her sweatpants, but movies might be a part of her plans. The Hollywood Reporter reported that Malia will spend her year interning for the Weinstein Company, but this isn’t her first foray into the Hollywood scene. In 2015 she interned on the set of HBO’s Girls and Halle Berry’s sci-fi drama Extant.

They got advice from the Bush sisters 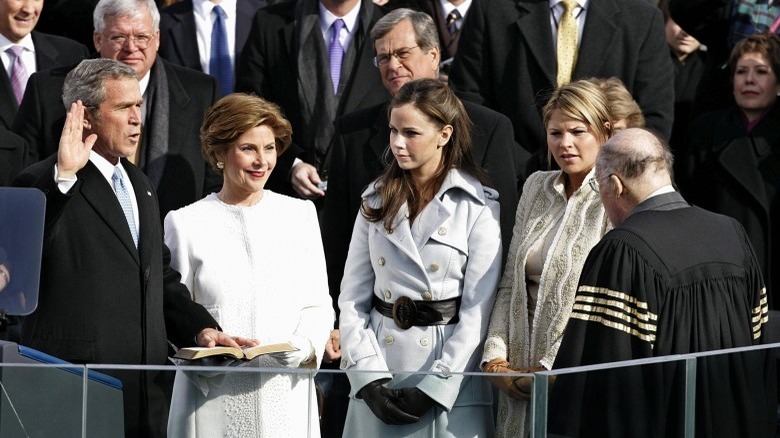 The Bush and the Obama administrations might have had different political platforms, but the daughters of those former presidents have something very important in common. They both spent eight years of their childhood in the most well-known house in the country, and they had to figure out what life looked like after they left. The Bush twins are eight years removed from their White House exit, so in January before the Obama girls left, the girls penned a heart-felt letter of camaraderie and advice to Sasha and Malia.

Jenna and Barbara recounted their first meeting with the young and weary, yet also hopeful and excited Sasha and Malia on the steps of their historic home. And they fondly recall sliding down the banister in the solarium with the young Obama girls just as they had done on their own move-in day. They reminded the Obama girls to cherish the people who first made them feel welcome in their new home. The Bush girls mention a florist named Nancy who greeted them when their grandfather was inaugurated, who later did the flowers for Jenna’s wedding. They talk about the Secret Service agents and White House staff as if they were family, and they remind Sasha and Malia that those relationships will last beyond their father’s time in office.

They empathize with what it’s like for their parents to shield them from the world, and to also hear the public criticism of those same protectors. The Bush girls advised the Obama girls to enjoy their new freedom, but to use all the unique experiences from their time as First Daughters to continue to shape who they are and make a positive difference in the world.

After the White House, Barbara became an advocate for marriage equality, and she is the co-founder and president of the Global Health Corps. She was also named as one of Glamour Magazine’s women of the year. Jenna became an author, an editor-at-large for Southern Living Magazine, and a correspondent for the Today Show. She and her mother Laura wrote a children’s book about the national parks. In an interview with Time, Laura said she actually worked with Sasha and Malia’s mother Michelle as a co-chair for the centennial for the National Park Service.

Although both of the Bush twins have stayed somewhat involved in politics, neither are registered Republicans. Although Barack and Michelle have talked about taking a break from political life to be still, their website at Obama.org seems to hint at a future in political activism. It will be interesting to see how involved Sasha and Malia choose to be in their parents’ endeavors, or if they’ll branch out on their own.The Secret Service will always be a special part of their lives 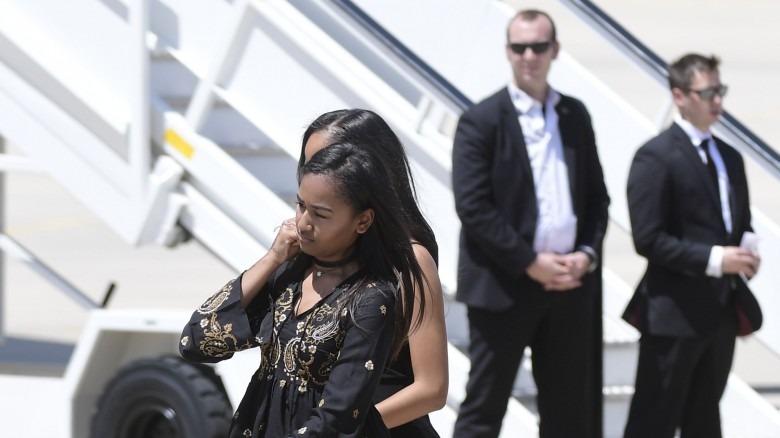 Malia and Sasha have been very private public figures for their eight years in the White House, and maybe that low-key lifestyle was the reason Malia went relatively unnoticed at the Sundance Film Festival where she attended an event supporting the Standing Rock Sioux Tribe’s protest. People only seemed to notice when actress and anti-pipeline activist Shailene Woodley mentioned Malia in her interview with Democracy Now!.

Jameson Irish Whiskey
SPONSORED BY JAMESON
Triple Distilled, Twice as Smooth
SEE MORE
“It was amazing to see Malia,” Woodley said. “To witness a human being and a woman coming into her own outside of her family and outside of the attachments that this country has on her, but someone who’s willing to participate in democracy because she chooses to, because she recognizes regardless of her last name, that if she doesn’t participate in democracy, there will be no world for her future children.”

Malia skipped out on her family’s vacation to Palm Springs and the Caribbean to attend the Sundance Film Festival in snowy Utah. The pipeline protest event comes on the heels of four presidential memoranda and one executive order from President Trump to revive pipeline projects, which is a direct reversal of the pipeline rejection issued by Malia’s father.

Is activism in their future? 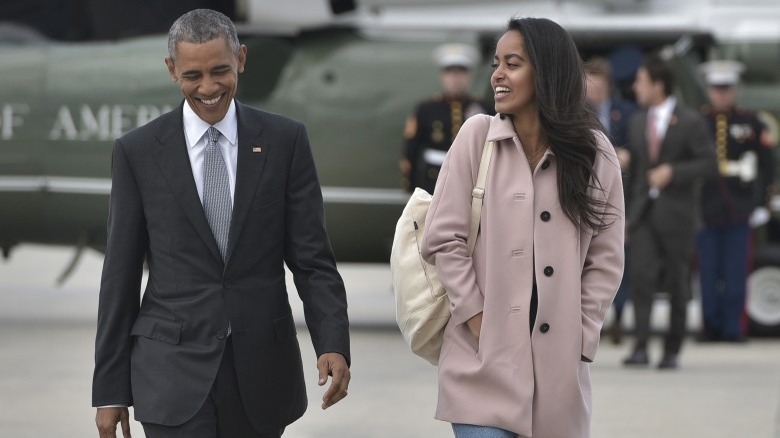 While the Obama administration has tried to shield the first daughters from unwanted media attention, carefully released snapshots of the young women suggest social activism may run in their blood. The president credited his daughters with helping him change his position on marriage equality. “I have to confess my children generally had an impact on me,” he said at a town hall in London (via The Huffington Post). So what’s next for these political darlings?

The girls have already gotten a taste for foreign affairs. They accompanied their father on his historic trip to Cuba in March 2016. Malia also sat in on her dad’s meeting with Malala Yousafzai, the Pakistani education activist who was shot and nearly killed just for going to school. Taking a stand for the rights of women across the globe could be a good turn for the young ladies.

Or maybe the sisters will focus on social stigmas, such as the pressures females face to adhere to narrow beauty standards. In a March 2016 interview with Time magazine, the president discussed his daughters coming to grips with societal expectations. “That pressure I think [has] historically always been harder on African American women than just about any other women,” he said. “But it’s part and parcel of a broader way in which we socialize and press women to constantly doubt themselves or define themselves in terms of a certain appearance…Malia’ll talk about black girl’s hair…And she’s pretty opinionated about the fact that it costs a lot, it takes a long time, that sometimes girls can be just as tough on each other about how they’re supposed to look.”

The girls might have a new address, but it looks like they are using their celebrity status to positively propel their futures. And we’re excited to see what the future has in store.