Beyoncé — who else? — leads the field with nine nominations at “The 63rd Grammy Awards.” “The Daily Show’s” Trevor Noah hosts the proceedings from Staples Center in downtown L.A. 5 p.m. CBS; also CBS All Access, Paramount+

The big-screen bombshell who never got the respect she deserved for her acting abilities is remembered in the special “Marilyn, Misunderstood.” 5 and 8 p.m. Reelz

Will her mystery date be a dream … or a dud? Find out in the thriller “Deadly Dating Game.” With Skye Coyne. 8 p.m. Lifetime

A detective in Northern Ireland digs up a decades-old cold case — and this time, it’s personal — in “Bloodlands,” a four-part drama from the creator of “Line of Duty.” James Nesbitt stars. Anytime, Acorn TV

The Second Doctor (Patrick Troughton) returns, in animated form, as a new “Doctor Who” special uses archival recordings to re-create the long-lost 1968 serial “Fury from the Deep.” Anytime, AMC+ 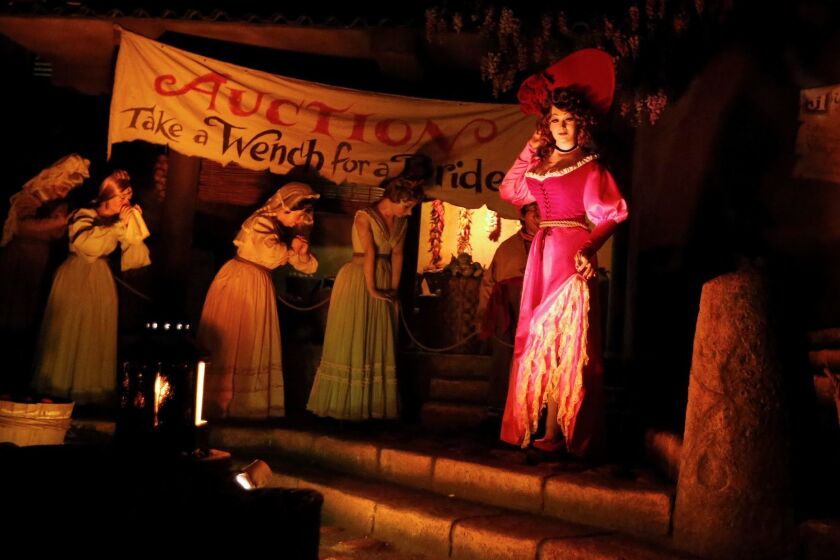 Disneyland’s Pirates of the Caribbean: 50 years of change

A teen figure skater has “Zero Chill” about relocating from Canada to the U.K. to help further her brother’s hockey career in the YA drama series. With Grace Beedie. Anytime, Netflix

What’s all this then? Our buddy cops from London find themselves in hot water in South Africa in a special three-part episode of “Bulletproof.” 8 p.m. The CW

Matt James reveals his heart’s desire in the season finale of “The Bachelor.” The customary “After the Final Rose” special follows. Chris Harrison hosts. 8 and 10 p.m. ABC

She always gets her man: Veteran journalist Elizabeth Vargas steps in for original host John Walsh in a reboot of “America’s Most Wanted.” 9 p.m. Fox

A mother’s addiction to prescription opioids descends into heroin use in the season premiere of “Intervention.” 9 p.m. A&E

They say you can’t put lipstick on a pig, but you can’t stop’ em from tryin’ neither in the Texas-set reality competition “Pig Royalty.” Anytime, Discovery+

If I had a hammer: Home renovation expert Mike Holmes puts his adult son and daughter to work in the reality series “Holmes Family Effect.” 8 p.m. Fox

And that’s the way they became “The Blended Bunch.” A Utah widower with four kids and a widow with seven marry and then merge households in this reality series. 9 p.m. TLC

See what a certain 16th-century French seer had to say about calamities and crises yet to come in the new series “Nostradamus: End of Days.” 9 p.m. Travel Channel

They’re dressed for the slide, not the ride, as the “Sons of Anarchy” spinoff “Mayans M.C.” comes roaring back for a third season with two new episodes. With J.D. Pardo and Edward James Olmos. 10 and 11:13 p.m. FX 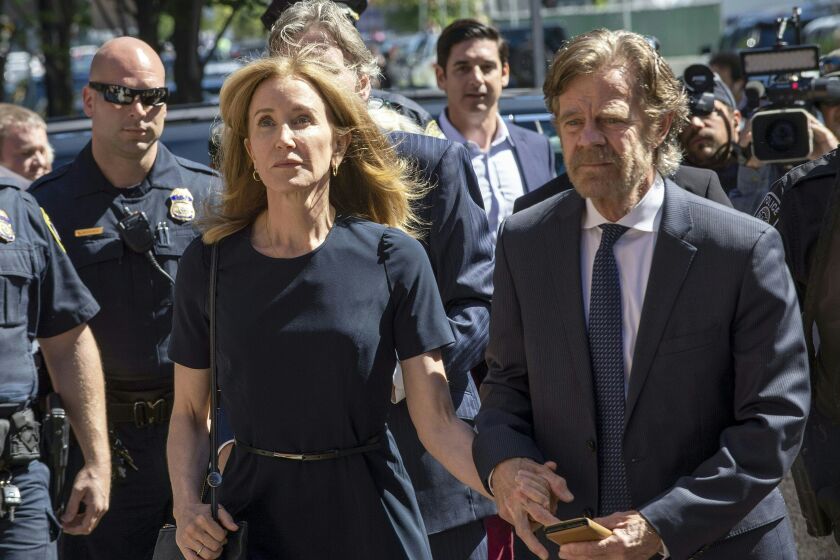 Hitch up the reindeer and take a lap around Lapland in the finale of the six-part nature series “Europe’s New Wild.” 10 p.m. KOCE

Dutch filmmaker Gwen van de Pas takes a deep dive into her own experiences as a survivor of childhood sexual abuse in the documentary “Groomed.” Anytime, Discovery+

Those jeans are evil — evil, I tells ya! “The Sisterhood of the Traveling Pants” meets “The Evil Dead” in the Canadian-made 2020 horror comedy “Slaxx.” Anytime, Shudder

The second cut is the deepest in “Zack Snyder’s Justice League,” the director’s 2021 reconstruction of his original vision for the 2017 DC superhero team-up. With Ben Affleck, Henry Cavill and Gal Gadot. Anytime, HBO Max

Kim and kompany kick off a 20th and final season of the celebreality series “Keeping Up With the Kardashians.” 8 p.m. E!

They don’t know when to say “when” in “Overserved With Lisa Vanderpump.” The reality TV veteran and assorted celebrity pals drink up, chow down and dish, dish, dish in this new series. 9 p.m. E!

And it’s good old “Country Comfort” in this family sitcom about an aspiring singer (“American Idol’s” Katharine McPhee) who gets a side gig as a nanny for a cowboy and his brood. Anytime, Netflix

“The Falcon and the Winter Soldier” settle down in a quaint New Jersey town where nothing is as — oops, wrong show. The two B-team Avengers come off the bench in this latest action-packed series from Marvel. Anytime, Disney+ 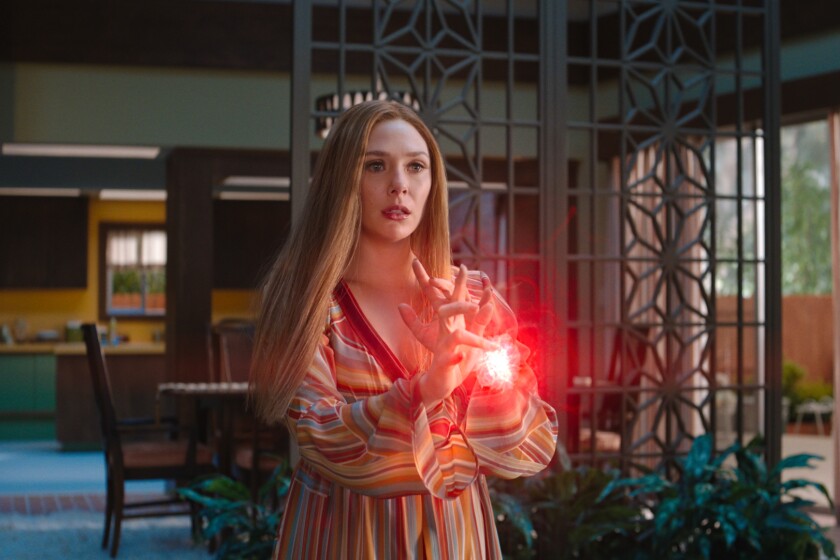 Commentary: ‘WandaVision’ could have played only to Marvel fans. Refusing to do so made it great

You can’t keep a good kid down in a third season of the decades-spanning sitcom “Sydney to the Max.” With Ruth Righi. 8:25 p.m. Disney Channel

Soprano Renée Fleming gives a socially distanced recital at a historic Washington, D.C. estate — so, not at the Met — in the season premiere of “Great Performances at the Met.” 9 p.m. KOCE

“Everything But the House” must go in this new unscripted series starring “Good Morning America’s” Lara Spencer and a team of estate-sale appraisers. 9 p.m. HGTV

Born on the bayou! “V.C. Andrews’ Ruby” is just a Louisiana girl in a Southern Gothic world in the first installment in a four-film event. With Raechelle Banno and Naomi Judd. 8 p.m. Lifetime

A spunky photographer fails to heed TLC’s advice and instead goes “Chasing Waterfalls” with a hunky tour guide in this TV movie. With Cindy Busby and Christopher Russell. 9 p.m. Hallmark Channel

Grandma’s not … quite … all … there … in first-time filmmaker Natalie Erika James’ chilling 2020 horror fable “Relic.” With Emily Mortimer and Robyn Nevin. 9 p.m. Showtime

“Final Space,” the final frontier. The animated comedy blasts off for Season 3. With the voices of Olan Rogers and the aforementioned David Tennant. 10:30 p.m. Adult Swim