★ Advertise and Sell your Products, Merchandise, Music, Videos & Get promoted by the ★STAR★ Call to Place your advert on this Channel★
PSquare & Wives Spotted In Lekki: Peter & Paul Okoye Take Family To Julius Agwu’s Kids Birthday PETER AND PAUL OKOYE OF P-SQUARE-AN INTERVIEW

On Jude’s wedding, Peter posted a picture of himself in front of a hotel on Instagram. 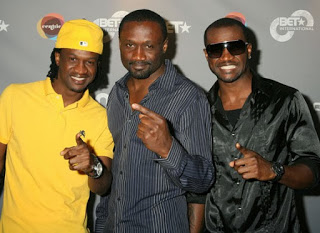 Certainly, Peter Okoye, the other half of pop duo, PSquare, paid his elder brother, Jude Okoye, back in his own coin by missing Jude’s wedding which took place in Anambra on Thursday.

Jude ‘engees’ Okoye missed Peter’s traditional wedding to Lola Omotayo in 2013 and then posted a picture of himself in a Lagos studio.

In turn, Peter, Thursday, posted pictures of himself with a friend in front of a hotel and later with another group of friends inside their Omole, Lagos- SquareVilla- home on Instagram.

After some of his followers criticised him for being childish and saying he should have attended the wedding, he immediately went on a series of tweet explanation, saying the only family he knows is the one he built.

“Pple talking shit about blood” which blood is thicker than the 1 of my children? #mufus. asked fans “Does ur mum and dad care more about der own siblings more than they care for u? #mufus” he wrote via his @PeterPsquare handle.

Peter also blocked some of his followers who criticised him.

“#mufus talking about family! My number 1 family for now is the 1 I built. And nobody can change dat. #amout”, he said.