★ Advertise and Sell your Products, Merchandise, Music, Videos & Get promoted by the ★STAR★ Call to Place your advert on this Channel★
A 20-year-old star makes $65,000 for each Instagram post and bought a mansion with her earnings “My Absolute Belief In The Power Of God Influenced The Title Of My Album”- Patoranking

The success story of comedy in Nigeria cannot be complete without the mention of great comedians like Julius Agwu.The Choba-born comedian, actor and musician has joined pantheon of intending gubernatorial aspirants warming up to take the reins of power from Governor Rotimi Amaechi of Rivers State. In this chat with Potpourri, the diminutive entertainer talks about his political intent, his career and other things. Excerpts: 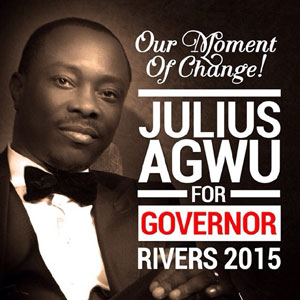 It is been quite a while; what’s been happening?

I am working on a lot of projects at the moment; I am still organising comedy shows. l am currently working on something for my music. I have a band called ‘Reel Laif Band’ and we are performing at the Encomium black and white ball holding this Sunday.

The news is going round that you are working at becoming the governor of your state. What is your take on this?

Yes, I am working on that project too at the moment.

Would you call yourself a politician?

I cannot really call myself a politician, but l am someone who prays and wish for things to get better than it is in this country. I believe I can help to achieve what my brother started in Rivers State. It is a known truth that Port Harcourt was the Garden City of this great country, but we lost that glory because of poverty and neglect, coupled with incessant militancy and kidnapping. Governor Amaechi has done well for the State, but we still need good hands after he leaves to continue the good work.

If you are not a politician then why do you want to be the governor of Rivers State?

Becoming the governor of Rivers State was not something that came up overnight. It was not on my radar back then. The people of Rivers State in the Diaspora and those in the State have been clamouring for me to come out as an aspirant. They believe I have what it takes to go for it. It just dawned on me that I indeed have what it takes. I have given it a serious thought and have given in to their pressure.

These people who have been bothering you, would they sponsor your election, if yes, who are they?

Yes, they will. But I do not want to disclose their names for security reasons.

Will you use a political party at the end of the day?

Yes, we shall, eventually, but I do not want to unveil that now.

In your future party, do you think an aspirant from your party will be going for the presidency?

Yes, when the time comes it will be revealed.

How is the comedy business these days?

Comedy business is going well. You know it’s one of the biggest businesses in Nigeria now as it helps to relax our tensed nerves. People who laugh a lot tend to live longer. Comedy is so important that even people outside the shores of Nigeria know about it before us. Obasanjo was someone who practiced it while he was in power.

What else do you have up your sleeve?

I have a studio and I also own a construction company.