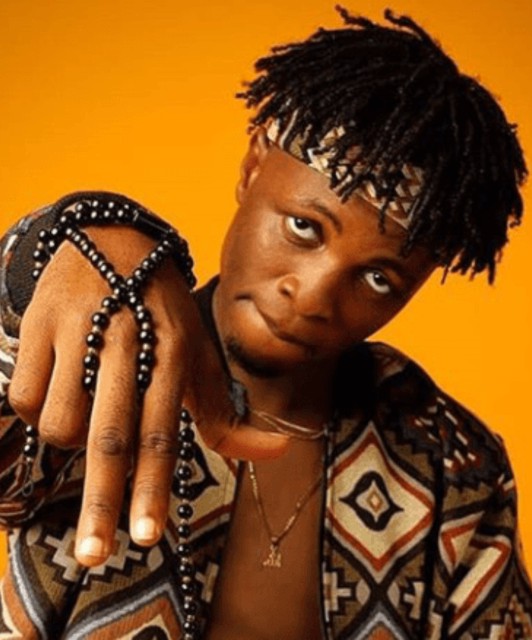 Laycon is one of the housemates currently participating at the ongoing BBNaija Season 5 reality TV show, tagged “Lockdown”. Laycon is a 26-year-old rapper from Lagos State, Nigeria. Olamilekan Agbeleshe, aka, Laycon is a 26-year-old singer and rapper from Lagos. He’s a graduate of philosophy from the University of Lagos who started his musical journey at an early age and has now emerged as one of Nigeria’s most promising new school acts. He describes himself as being versatile and able to coin words together to soothe scenarios and moods.

Laycon did not misuse his impressive second-class upper BA degree in Philosophy. While doing music on the side, Laycon worked for several companies and establishments.

As an undergraduate, Laycon interned at Latjum Global Nigeria Limited, an oil and gas marketing company in Lagos, as a personal assistant to the CEO and managing director of the company.

Immediately after graduation, Laycon picked up a role at Bestman Games, Ikoyi, as a sales and business development personnel. Bestman Games is a leading African games company based in Lagos, Nigeria.

Leaving Bestman Games after just two months of working there, Laycon landed a job at the Lagos State Ministry of Information and Strategy as a personal assistant to the Assistant Director (Welfare) of Administration and Human Resources of the ministry. Laycon also worked as a freelance writer for several companies and organizations.

Music has always been his passion. He started rapping at an early age and never stopped. Even while at school and when he was working, he pursued music on the side. One of his most famous songs is Fierce, in which he features Chinko Ekun and Reminisce. The song was on the MTV Base Top 10 charts for six months.

Recently Laycon and Erica, the two BBNaija 2020 housemates have both been struggling with their relationship in the BBNaija, especially when Ebuka, BBN eviction host called out Laycon and asked if it was true that Erica tried to kiss him on many occasions. This was confirmed to be true by Laycon but said she was under the influence of alcohol on that many occasions. This further jeopardised their friendship.

Laycon has been struggling to cope with seeing Erica in Kiddwaya’s arms and he has severally promised himself that he was not going to talk with Erica anymore, but keeping to the promise is more difficult than it sounds. Since Erica emerged Head of House, the two have been apart and Erica went as far as nominate Laycon for eviction.

Tunde Ednut: The former singer and blogger always takes to his Instagram page to campaign for the musician-housemate.

Nkechi Blessing Sunday: The actress recently blasted people looking down on Laycon. She also gives out money and recharge cards to her fans to vote for the housemate.

Comedian Cute Abiola: He also campaigns for the BBNaija housemate.

OAP Dotun: The media personality goes on celebrity friends’ pages who are also in support of Laycon to talk about how much he wants him to win.

Broda Shaggi: From his captions to his comments, the comedian is all about begging people to vote for his favourite housemate.

Samklef: The music producer even organised a live Instagram video to campaign for Laycon.

Anita Joseph: The actress vigorously campaigns for the musician-housemate.

Toyin Lawal : The celebrity-stylist is also one of Laycon’s strong supporters.

Yup Edochie: Laycon became the actor’s favourite housemate after he saw his composure, his maturity level, control, intelligence and eloquence.

Reminisce: The singer took to his Twitter page to declare Laycon his child while promoting his new single.

Teni Apata: The singer shared a screenshot of ‘Vote Laycon’ to show how it’s done.

Vector: The singer shared a video of Laycon speaking with Neo and Vee while asking if his fans are voting.

Niniola Apata: Just like her sister, the singer is a huge fan of Laycon.